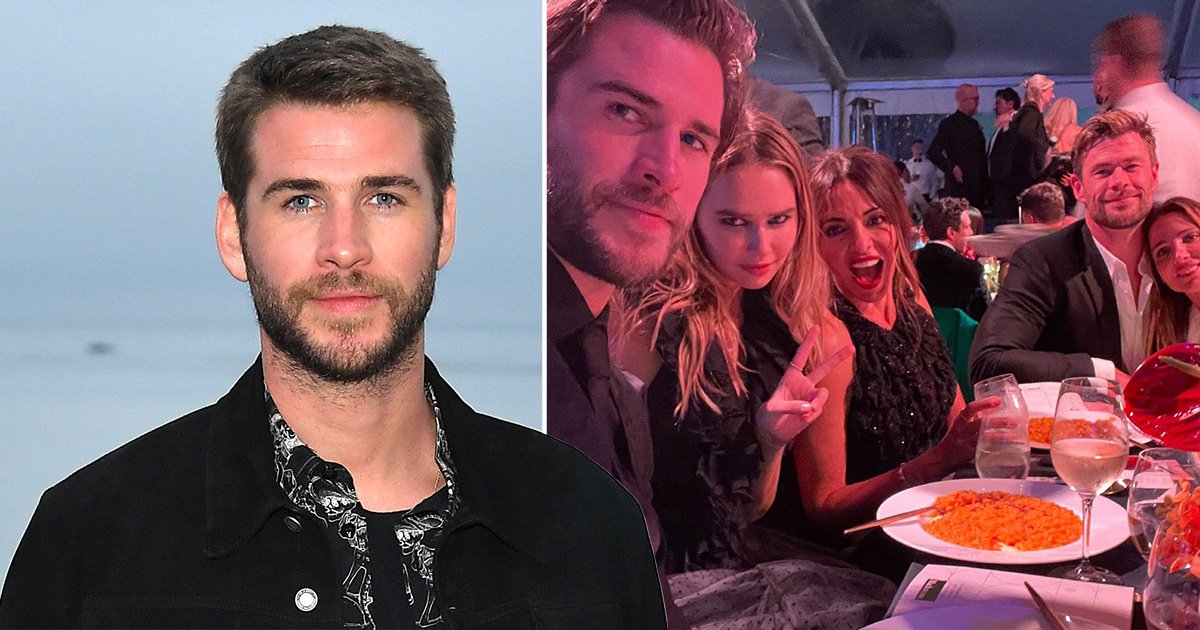 Liam Hemsworth has gone Instagram official with his girlfriend Gabriella Brooks, who he has been dating for just over a year.

The actor and his partner attended the Gold Dinner 2021, held at Sydney Airport in Australia, alongside his brother Chris Hemsworth and wife Elsa Pataky, as well as Matt Damon’s wife Luciana Barroso.

Liam, 31, shared a series of sweet snaps from the gala, with one showing him posing with Gabriella and the rest of the gang, while another showed them all enjoying dinner together.

The group were all dressed to impress at the event as the Hemsworth brothers wore their best suits, while Gabriella and Luciana donned black dresses. Meanwhile, Elsa stood out in a bejewelled white gown.

Liam captioned the post: ‘Fantastic night raising much needed funds and awareness for one of the most important and challenging issues, children’s mental health.

‘Thank you @itsmondotcom for hosting the evening and all you do for the Sydney children’s hospital @sydney_kids #golddinner.’

Although this is the first time Liam has been photographed with Gabriella on his own Instagram page, the pair made an appearance in a photo slideshow shared by the model’s close friend Michele Merkin in May.

Liam could be seen photobombing his girlfriend as they were pictured alongside a group of friends.

The Hunger Games star reportedly introduced Gabriella to his parents in December 2019, and they first went public with their relationship the following month.

The couple got together following Liam’s move back to his native Australia after splitting from ex-wife Miley Cyrus.

Liam and Miley ended their relationship in August 2019 after just eight months of marriage. They had tied the knot at the singer’s family home in Nashville in December 2018.

Since then, Liam and Gabriella have been spotted out in public many times, including during a beach day with brother Chris and pal Taika Waititi last October.

The two also appeared to adopt a French bulldog puppy last August, with Liam and Gabriella seen out and about with the pooch in Byron Bay.