Although they were together and smitten since the beginning of Love Island USA season 2, Cely Vazquez and Johnny Middlebrooks have announced their split. “Because you’ve all been such a close part of our relationship, I wanted to share with you that Johnny and I are no longer together,” Cely, 24, wrote in a statement on social media on Jan. 9. “While our relationship has been public from the start, I do ask that you respect this decision and our privacy during this time.”

“There is no reason to speculate, I am so thankful for our time together, but now it’s simply time for each of us to focus on our personal journey,” she continued. “I hope that you continue to support each of us individually as we move forward, heal and continue to follow our dreams.” In a separate statement, Johnny, 22, shared a similar sentiment, saying he would “forever cherish” the time they spent together. “Thank you so much for everything. I appreciate the time we spent together on this unforgettable journey,” he wrote on his Instagram Stories. “I will forever cherish the fun we had, the laughs we shard, and the memories we created. Thank you to all of the fans who loved and supported us the whole way through. Much love.”

There were no signs pointing to Cely and Johnny’s imminent separation, as they seemed happier than ever together in December. While spending time together in California during the holidays, Cely shared a picture of the two with the caption “Never been happier,” while Johnny shared the same, writing, “You’re all I need.” 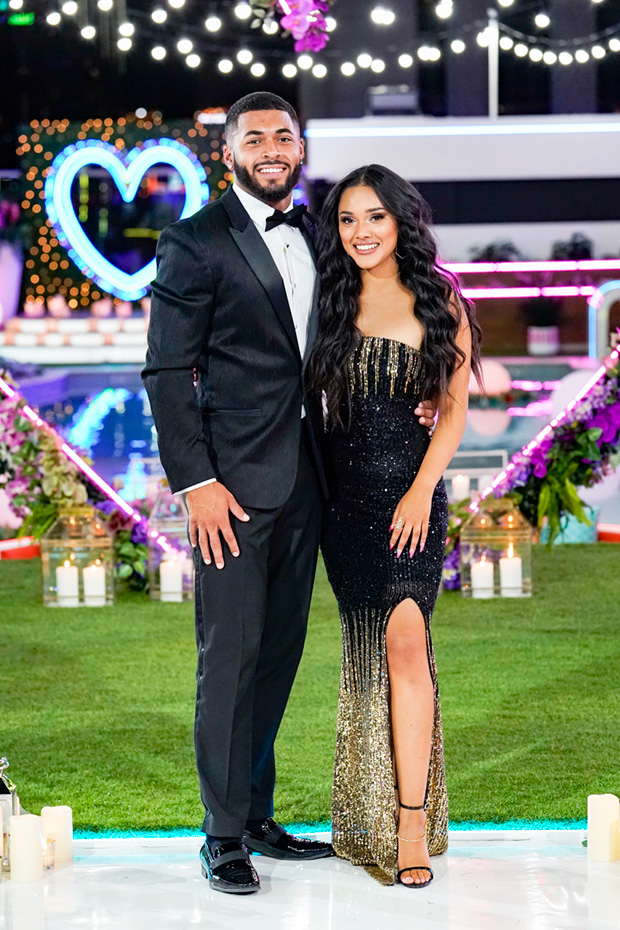 Fans of Love Island know that Cely and Johnny were committed to each other since early in the season, which premiered in August 2020. They publicly documented their sweet relationship following the September finale, and spend time with their fellow cast members. On Saturday, after announcing their split, Cely shared a photo of herself in Malibu with season 2 alums Calvin Cobb and winner Justine Ndib, who is still in a relationship with Caleb Corprew.

Related posts:
TV and Movies
Christine McGuiness strips down to sexy lingerie set in sparkly high-heeled boots as she shoots for Ann Summers
Spoilers: Jay breaks Honey's heart in EastEnders
Denise Van Outen rushed to hospital and may be forced to miss Dancing on Ice
The Wheel’s Michael McIntyre makes cheeky Love Island dig at Alex George
Recent Posts
This website uses cookies to improve your user experience and to provide you with advertisements that are relevant to your interests. By continuing to browse the site you are agreeing to our use of cookies.Ok