10:45 AM PT — The Queen’s people say they are “clearly very concerned” about the allegations against Meghan … and the HR team’s looking into them.

According to Buckingham Palace … staff members, current and former, involved at the time of the alleged bullying outlined in reports “will be invited to participate to see if lessons can be learned.”

It adds that the Royal Household “does not and will not tolerate bullying or harassment in the workplace.”

Meghan Markle says she knows what it’s like to experience bullying, but denies dishing it out … something Kensington Palace staff have accused her of doing.

According to a spokesperson for Meghan and Prince Harry … “The Duchess is saddened by this latest attack on her character, particularly as someone who has been the target of bullying herself.”

The spokesperson says Meghan’s “deeply committed to supporting those who have experienced pain and trauma” and is “determined to continue her work building compassion around the world and will keep striving to set an example for doing what is right and doing what is good.”

All this comes in response to UK reports Tuesday the Duchess faced a bullying complaint in October 2018 — made by her former communications secretary, Jason Knauf.

Meghan allegedly drove 2 personal assistants out of her household with her treatment, undermined the confidence of another worker and would occasionally reduce staff to tears … according to the reports. 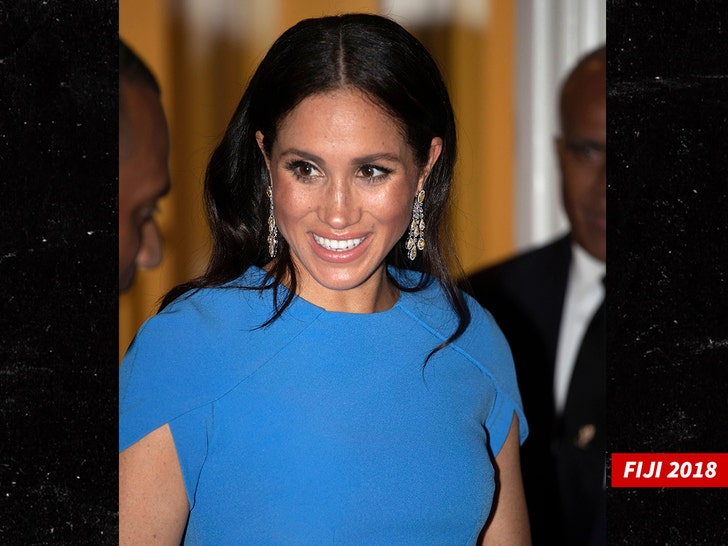 A report from The Times also claims that during a trip to Fiji in 2018, Meghan wore earrings that were a wedding gift from Crown Prince Mohammed bin Salman of Saudi Arabia … the same man who has been accused of allowing the murder of journalist Jamal Khashoggi.

A spokesperson for Harry and Meghan called the recent bullying report a “calculated smear campaign” by Buckingham Palace against the couple, and said it was no coincidence the report came out just days before their sit-down with Oprah.

A royal source reportedly told MailOnline the recent allegations were in no way an orchestrated attack, and that aides are currently focused on the declining health of Prince Philip.

Despite what The Palace has said, it’s hard not to question the timing of everything — Meghan and Harry’s potentially explosive sit-down interview with Oprah about dealing with the Royal Family and the British media is set to air Sunday.

The Duke and Duchess also recently made it official they will not be returning to their roles as senior royals after stepping back from their duties last year.