Meghan Markle is responding to former aides claiming she bullied them to the point of tears when she lived at Kensington Palace in an official statement.

Meghan Markle, 39, is breaking her silence on the latest bullying claims made against her. The Duchess of Sussex has been accused of driving two senior members of the Kensington Palace staff away and causing them distressing reactions such as “shaking” and crying when she lived at the royal location, in a report from The Times of London. In a statement shared to Twitter shortly after the claims were made public, Meghan admitted to being “saddened” and revealed she’s “determined” to to “work on building compassion.”

“The Duchess is saddened by this latest attack on her character, particularly as someone who has been the target of bullying herself and is deeply committed to supporting those who have experienced pain and trauma,” a statement tweeted by Omid Scobie read. “She is determined to continue her work building compassion around the world and will keep striving to set an example for doing what is right and doing what is good.”

The statement comes after one of the former royal aides claimed she was anticipating a confrontation with Meghan, who is now pregnant with her second child, and told her colleague, “I can’t stop shaking,” the Times reported. The outlet also claimed that the Duchess occasionally reduced some aides to tears and allegedly bullied two of them into leaving their jobs. A third aide also said she was “humiliated” by the former actress. 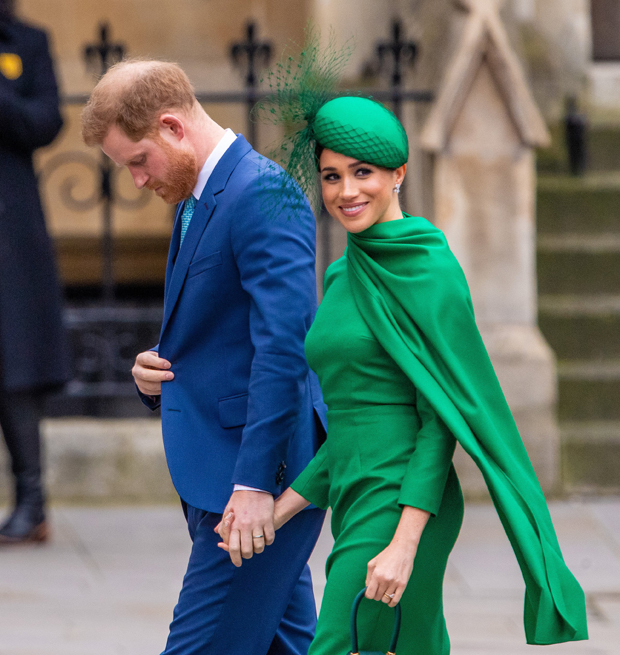 One former staffer told the outlet that the situation felt “more like emotional cruelty and manipulation, which I guess could also be called bullying.”

The bullying claims follow a report made about Meghan’s behavior by her and Prince Harry‘s former communications assistant, Jason Knauf back in 2018, the Times reported. “I am very concerned that the Duchess was able to bully two PAs out of the household in the past year. The treatment of X* was totally unacceptable,” the HR complaint allegedly read.

“The Duchess seems intent on always having someone in her sights,” the complaint reportedly continued. “She is bullying Y and seeking to undermine her confidence. We have had report after report from people who have witnessed unacceptable behavior towards Y. I remain concerned that nothing will be done.”

Sources told the outlet that at the time, Buckingham Palace was more concerned about making the situation go away rather than addressing it. “Senior people in the household.. knew that they had a situation where members of staff, particularly young women, were being bullied to the point of tears,” one source said. “The institution just protected Meghan constantly. All the men in grey suits who she hates have a lot to answer for, because they did absolutely nothing to protect people.”

The shocking allegations come just five days before a highly anticipated interview with Meghan and Harry is set to air on CBS. The interview was conducted by Oprah Winfrey and will be the first one about their private lives that the couple has had since stepping down from their royal duties and moving out of England to Southern California last year. In a preview for the special, Oprah promises that “no subject is off limits.”

Harry also hinted that one of the reasons they stepped away from the royal spotlight was because he was afraid that they would go through what his mother, Princess Diana, who died in a car accident in 1997 after paparazzi was chasing her, went through. “By biggest concern was history repeating itself,” he said in the preview for the interview. “I’m really relieved and happy to be sitting here, talking to you with my wife by my side because I can’t begin to imagine what it must have been for her going through this process by herself all these years ago.”