Melinda Gates’ split from husband Bill Gates didn’t stop her from having a splendid Mother’s Day. She celebrated with a sweet photo and a message of ‘love’ to her three kids.

“I love being their mother,” Melinda Gates wrote on Mother’s Day (Sunday, May 9.) The 56-year-old mother of three coupled this message with a throwback photo of her and Bill Gates’s three kids — Jennifer, 25, Rory, 21, and 18-year-old Phoebe Gates — back when they were just young children. “Whatever Mother’s Day means to you — a day to celebrate a mom, honor a memory, or reflect on your own resilience — I hope your day is a meaningful one,” she added.

This post comes less than a week after Melinda and Bill, 65, called it quits after 27 years as man and wife. “After a great deal of thought and a lot of work on our relationship, we have made the decision to end our marriage,” Melinda and Bill said in the joint statement they shared on May 3. The couple said that for the past three decades, they have “raised three incredible children and built a foundation that works all over the world to enable all to lead healthy, productive lives.” Though the couple remains committed to the “mission”  of the Bill & Melinda Gates Foundation, they “no longer believe we can grow together as a couple in the next phase of our lives.”

Shortly after Bill and Melinda posted their statement, their eldest child, Jennifer, shared her thoughts on the split. “By now, you have heard the news that my parents are separating,” she posted to her Instagram Story, writing her message over a photo of wildflowers. “It’s been a challenging stretch of time for my whole family. I’m still learning how to best support my own process and emotions as well as my family members at this time and am grateful for the space to do so.” 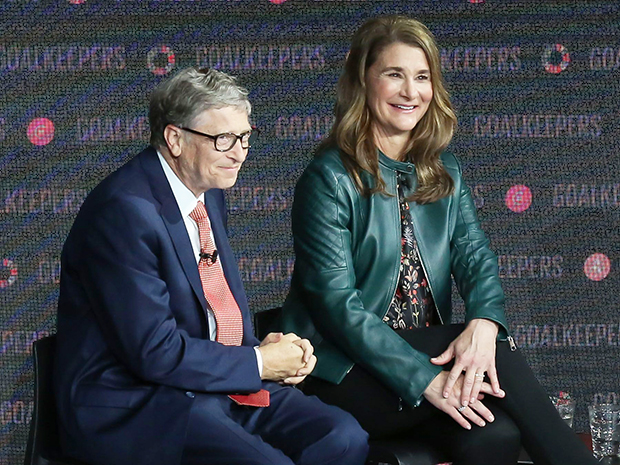 “I won’t personally comment further on anything around the separation, but please know that your kind words and support mean the world to me,” she added. “Thank you for understanding our desire for privacy while we navigate the next phases of our lives.”

While Bill and Melinda were supposedly working out the details of this “next phase” of their lives, she reportedly took her three kids on a luxurious vacation to Grenada in March, according to TMZ. This island getaway was supposedly meant to happen at the same time as the divorce announcement, with the idea being that Melinda and the kids would be sequestered from the press and the public spotlight. However, TMZ reported that there were still kinks to iron out regarding the divorce — the couple didn’t have a prenup regarding Bill’s $130 billion fortune, and Melinda will not be seeking spousal support —  so the statement was pushed back until May. The vacation, however, continued as planned.