Naga Munchetty, 45, has opened up on a situation at the BBC Breakfast Studios that left one viewer feeling empathetic toward her co-host Charlie Stayt. The BBC Breakfast fan tweeted that she felt “sorry” for Charlie as he did not appear to have a laptop by his side, unlike Naga.

They tweeted: “I feel somewhat sorry for Charlie, how come @TVNaga01 has a laptop by her side but he hasn’t.”

Naga responded: “He has one under the desk x.”

The broadcaster enjoyed a well-deserved day off from work duties as Rachel Burden stepped in for the star on BBC Breakfast today.

Naga usually presents the show alongside Charlie from Thursday to Saturday, while Dan Walker and Louise Minchin host from Monday to Wednesday. 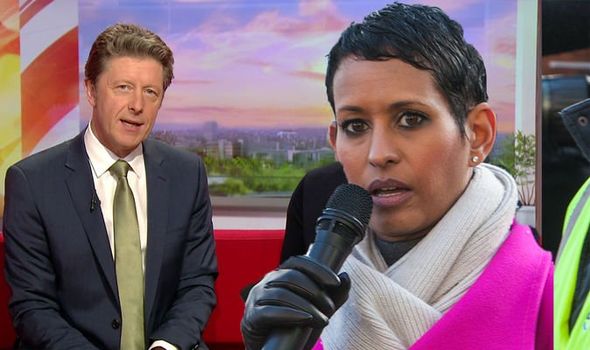 Other fans of the programme weighed in on the debate over Charlie having a laptop while hosting.

Another replied: “Is it like the one on Pointless, not on!”

A third commented: “He’s not into online golf.” 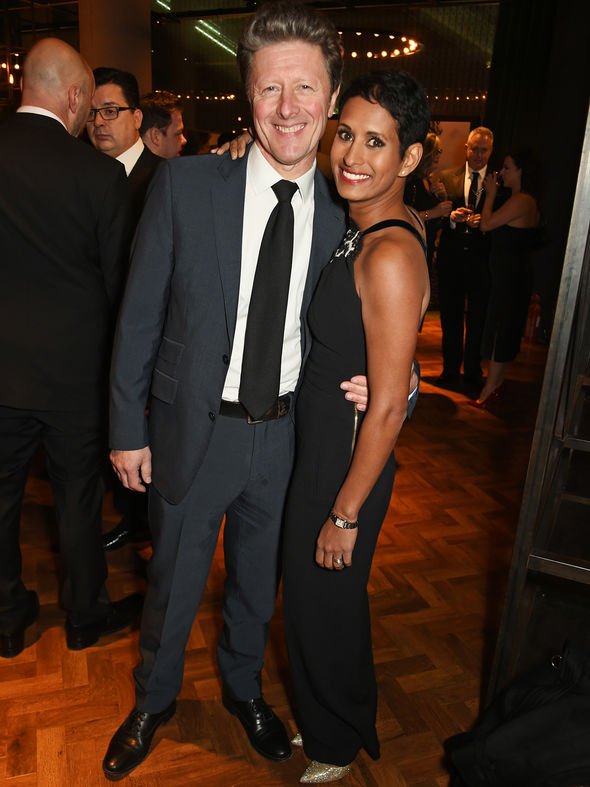 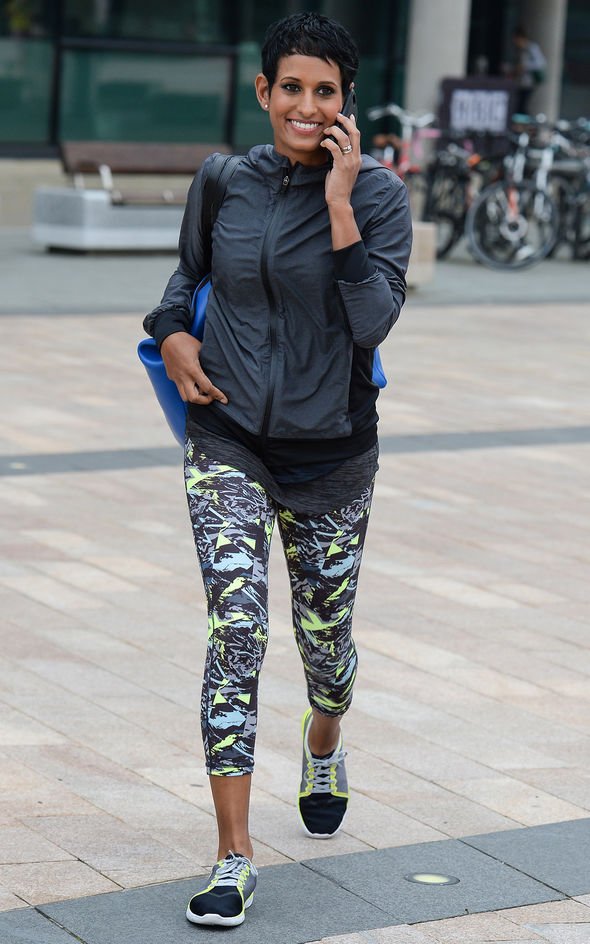 It comes as Naga had opened up to her fellow BBC Breakfast presenter Louise Minchin and BBC Triathlon presenter Annie Emerson about how Strictly Come Dancing took her out of her “comfort zone”.

The popular broadcaster nearly swore on the podcast, as she described “bricking it” over her first-ever appearance on the 2016 BBC dance competition.

Naga is renowned for keeping composure in tense situations, having grilled countless political heavyweights including Hilary Clinton, David Cameron and Tony Blair over the years.

Annie Emerson questioned: “You said you have never been nervous, let me ask you a question, back in 2016 on Strictly…”

Before she could finish her question, Naga excitedly interrupted, adding: “Oh, Oh.”

Annie continued: “When you walked out on that dance floor live for the very first time, please tell me you weren’t a tiny bit nervous?”

Louise jokingly responded: “She’s going to say no isn’t she.”

“You never have enough time to rehearse and learn.

“You’re learning in a completely different way and one thing I learned from Strictly is the way my mind works.”

She revealed how tough she found learning the dances on the programme as her mind is often overwhelmed from working in the newsroom.

At work, Naga said she would often absorb facts on the spot, but past “10 o’clock” she would struggle to remember them.