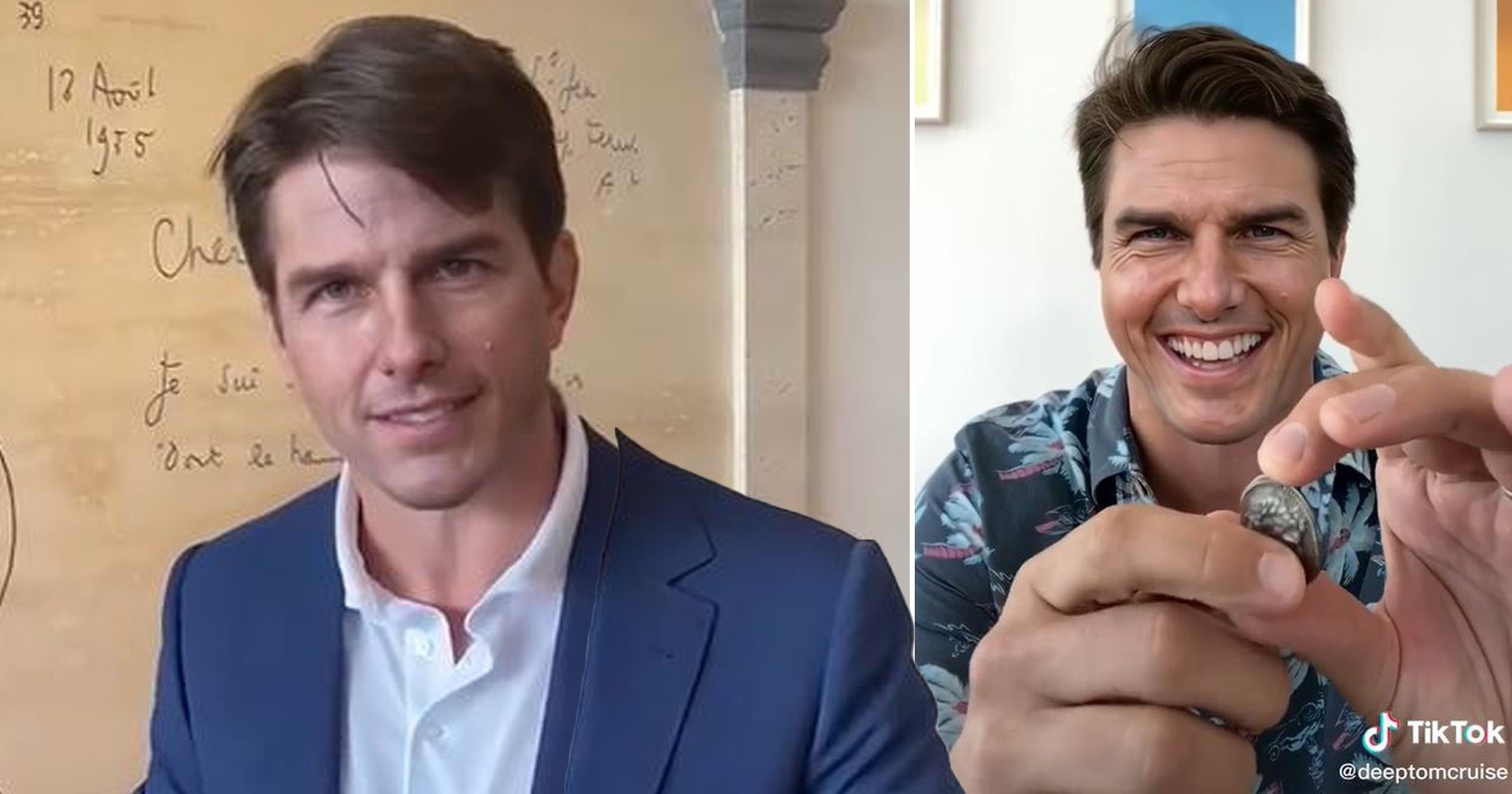 You’d be forgiven for thinking that Tom Cruise had joined TikTok if you stumbled across a new account that surfaced last month on the platform.

In three videos uploaded to @deeptomcruise, the 58-year-old can be seen practising his golf swing, falling over in a store, telling an anecdote about Mikhail Gorbachev and performing a magic trick with a coin.

Only… it isn’t Tom Cruise. These are highly slick deepfakes, which are either fascinating or terrifying, wherever you stand on the technology.

The channel @deeptomcruise has notched up 1.1 million likes and 380,000 followers, as well as nearly 12 million views on its three videos, as people freaked out over the uncanny replica of Tom.

As well as looking exactly like the Mission: Impossible star, Deepfake Tom had his laugh and mannerisms down to a tee

One comment read: ‘So you’re telling me this isn’t actually Tom Cruise’, while another person wrote: ‘I’m just gonna go with “Hey Tom, way to pull the wool over everyone’s eyes”.’

Others were more uncomfortable with the videos, with one comment reading: ‘This went from being cool to starting to scare me.’

Henry Ajder, a leading expert on deepfakes, told the Times that the @deeptomcruise videos are ‘very much in the top 5 per cent of deepfakes out there in terms of quality’.

If you look closely, the clues are there that it is not the actual Tom Cruise in the videos, in addition to the name of the account.

Deepfake Tom appears to be a younger version of the actor from back in the day, and looks taller than the real deal, but your average TikTok scroller isn’t going to notice that.

While no name is credited on the channel, the videos were featured on the LinkedIn page of Chris Ume, a video visual effects specialist from Belgium.

Many internet sleuths believe that the body, hands and voice of actor Miles Fisher, a Cruise lookalike who has impersonated the star for previous deepfakes, was used to create the uncanny videos with Ume.

Ume told Fortune: ‘People just have to learn to be more critical—that’s the point. They don’t have to be scared of deepfakes, because it probably existed even before you heard the word “deepfake.” You just didn’t know it.

‘At least now, you know it exists, and you know you shouldn’t believe what you see.’

A machine-learning technique called a GAN (generative adversarial network) is used, with a person feeding one network hours of real video and images of a person to give a machine an understanding of what a person looks like from different angles, while another network is trained how to pick out the target person from a database of many different people. The first network then tries to generate new images to fool the second into thinking they are real.

This copy of a person can then be superimposed onto the body of a stand-in actor – placing a person in situations they’ve never been in and saying things they have never said.

Over the past few years, deepfakes of celebrities and politicians have gone viral, with a deepfake of the Queen being used for Channel 4’s alternative Christmas speech.

TikTok said it had not removed the @deeptomcruise videos as they did not violate its policy, saying that the account’s username provided context for the content being a deepfake.

However, the platform will remove digital forgeries ‘that mislead users by distorting the truth of events and cause harm to the subject of the video, other persons or society’.