Sorry to everyone hoping the 2021 Grammy Awards would be Olivia Wilde and Harry Styles’ grand debut as a couple, but Olivia isn’t attending the awards. While Harry flew to Los Angeles last week to pre-record a performance for the Grammys, Olivia remained in London—where she’s staying with her ex Jason Sudeikis and their kids!

According to a Page Six source, Olivia is visiting Jason to “form a bubble to coparent their kids,” and “Jason is still heartbroken over their split, but they are keeping things amicable for their kids. They still care about each other and are friendly, despite her romance with Harry.” 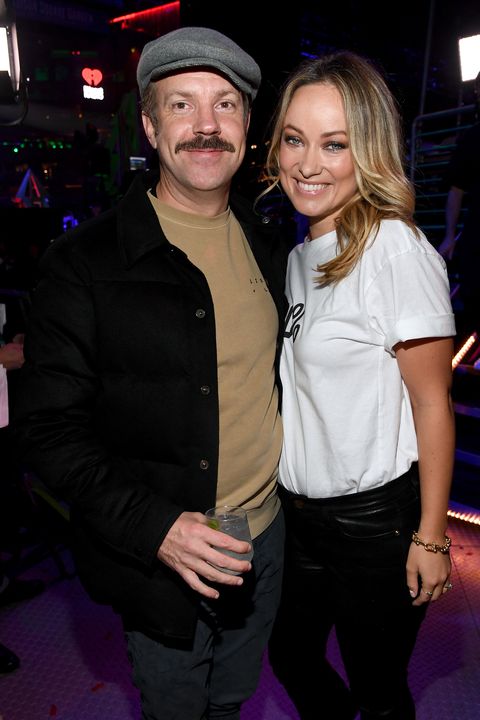 Jason proved just what good terms he and Olivia are on in a recent Critics Choice Awards speech, saying, “I want to thank my kids, Otis and Daisy, and I want to thank their mom, Olivia, who had the initial idea for this as a TV show. She was like, ‘You guys like doing that so much, you should do it as a movie or a TV show,’ and she was right!”

Meanwhile, Olivia tweeted, “Congrats to Jason and the entire Ted Lasso family on your @CriticsChoice wins! @jasonsudeikis @hanwaddingham @brendanhunting @joekellyjk47 @VDOOZER! So happy for you guys. I hope this means we all keep wearing hoodies when the ceremonies are in person next year.”