Bill Bailey, 55, and Oti Mabuse, 30, have reached the final of Strictly Come Dancing 2020. The dancing duo will be hoping to secure a victory by lifting the Glitterball Trophy but the comedian has since revealed that rehearsals had been thrown into chaos after he fell over.

After an eventful couple of months, Strictly is about to bring its latest competition to an end.

Both Oti and Bill are set to perform three dance routines on the big night but rehearsals have not come without their problems.

Bill revealed that he looked like he had been “hit by a tranquiliser dart” after his awkward fall.

“I did have a bit of a mishap in training the other day,” the Strictly star revealed. 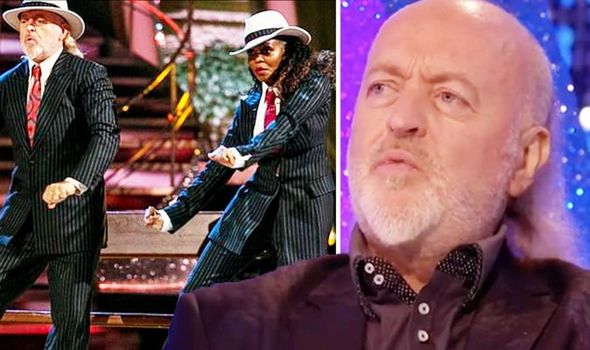 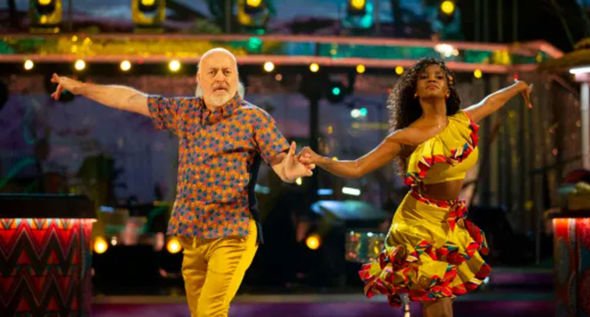 “At one point in the routine, I am down on one knee. I am of course wearing a protective kneepad but this doesn’t help with balance.”

The Strictly competitor explained that while he was on the floor he had to dance his way back up to a standing position.

Bill explained: “The long days training must have taken it out of me, and the result was, as I started to rise, stylishly, not domestically, my legs just stopped working.

“I froze in mid-air, and slowly toppled over onto one side.” 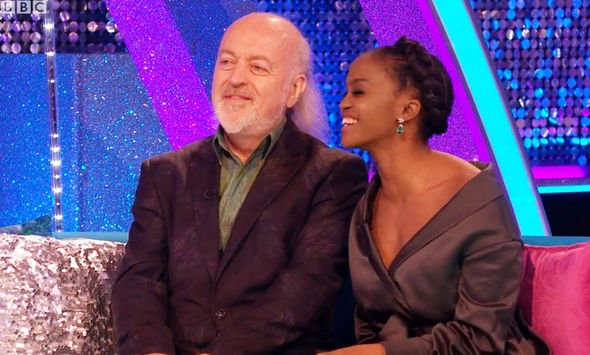 Following his mishap, the Strictly star is hopeful his legs will recover for the big night.

“It looked like I’d been hit by a tranquiliser dart, in order to be put on a flatbed truck and moved to a different part of the game reserve,” he added to The Telegraph.

“Hopefully the legs will have woken up a bit for the big night.”

Oti and Bill will go up against fellow competitors Maisie Smith and Gorka Marquez, Jamie Laing and Karen Hauer, HRVY and Janette Manrara in a bid to lift the Glitterball Trophy. 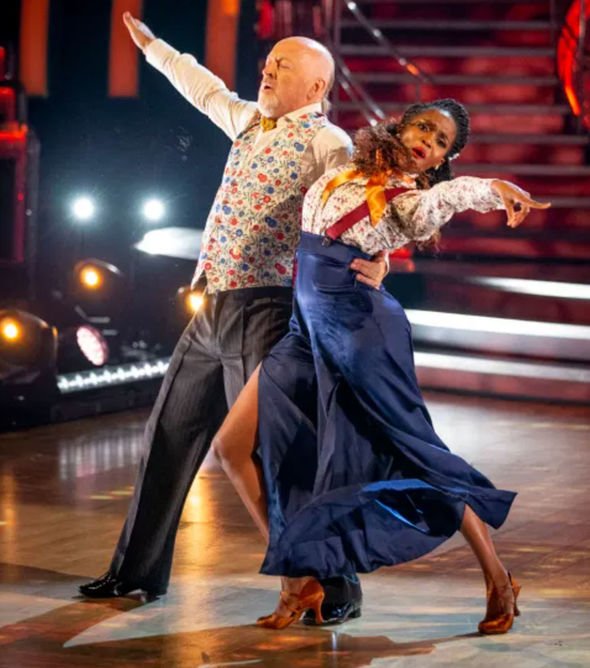 Bill’s partnership with Oti has seen him score 10s for dances like their epic Couple’s Choice routine.

The actor and musician have been tipped as the Strictly favourite to scoop the win.

Meanwhile, Homes Under The Hammer star Martin Roberts has shown his support for the Strictly star.

Sharing a candid snap of himself with Bill, he penned: “Look what I found from a few years ago when I went to see @BillBailey in concert.

“He was brilliant like he is being on Strictly. Good luck to everyone in Saturday’s final @bbcstrictly.”

Meanwhile, Oti spoke about how far the pair have come in the competition and admitted she was not expecting to reach the final on It Takes Two.

She explained: “I’m still amazed, to be honest, and really, really grateful.”

Strictly Come Dancing final will air on Saturday at 6pm on BBC One.