Piers Morgan’s, 55, eye for a swipe seems to run in the family as his son Spencer, 27, took aim at his dad’s rival Lord Sugar, 73. The Good Morning Britain presenter’s son teased The Apprentice star over his lack of technical ability to use Twitter.

It comes after Lord Sugar asked his followers if British Airways had an official Twitter account where he could get hold of them more conveniently.

“I reckon typing British airways could be a good way to find out,” Spencer replied, scoffing at the business mogul’s lack of expertise when it comes to social media.

“I wish I had your brains. Obviously hereditary,” he snapped. 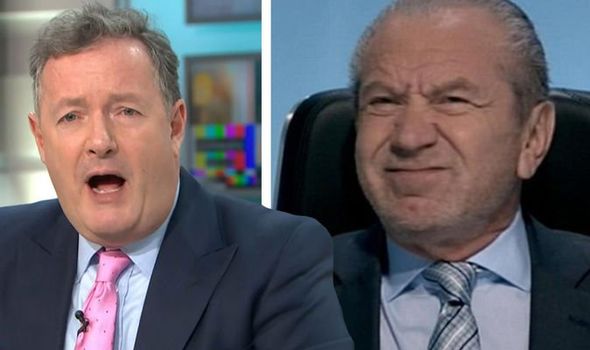 “If you type in British airways you get stupid fake idiots. However it is now confirmed @British_Airways.”

Spencer ended the exchange with a sarcastic response: “Was tough tbf,” as he proved BA was the first account to show up when searched for.

Many fans took to the comments section to poke fun at the friction between Piers and Lord Sugar, with one suggesting he contact “his good friend” to get the answer he was looking for.

It comes after the pair aired their dirty laundry for all to see, as online battles put an end to their playful friendship for good.

Occasionally taunting each other in jest, the coronavirus pandemic brought out a nasty streak of heated exchanges. 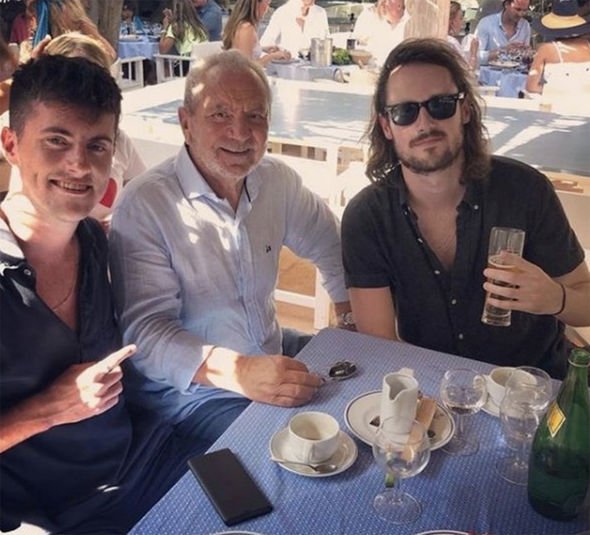 The former frenemies now heavily criticise each other over their views on public safety, with Lord Sugar branding Piers an “obnoxious self-centred tosser” and a “sickening bully” for his behaviour on GMB.

Meanwhile Piers called him a “disgrace”, blocking him him on Twitter and declaring their friendship unfortunately, officially over.

Last year, they went on holiday together to the south of France, where Lord Sugar was pictured with Spencer and Piers’ other son Bertie looking happy as Larry.

DON’T MISS…
Dan Walker admits family holiday ‘felt a long way from normal’ [LATEST]
Carol Kirkwood hits back at suggestion she does ‘nothing’ [UPDATE]
Jeremy Clarkson net worth: Eye-watering figure star has in the bank [ANALYSIS]

More recently, the Morgan’s have just dashed back to the UK from their lavish vacation in St Tropez to avoid having to quarantine for two-weeks when they return to British soil.

The 55-year-old cut his holiday short as they made the urgent decision to get back before the UK’s coronavirus travel restrictions changed.

All British tourists in France were informed last night that after 4am on Saturday 15 August, they would have to go into quarantine for a further 14 days as the government continue to try and tackle the spread of the virus.

Prime Minister Boris Johnson warned he would be “ruthless” on making quarantine decisions given a spike in cases.

And, refusing to to take any chances, Piers and his family packed up their bags and jetted home just in the nick of time.

From Nice airport, he posted on Instagram with Spencer and Bertie, writing: “Quarantine dodgers,” boasting that they’d made it home.

He’s not due back on GMB until next month, but by cutting his holiday short fans have begged him to come back early.

Good Morning Britain continues weekdays at 6am on ITV.