Political drama as sharp as a whip: PATRICK MARMION reviews This House

This House is the Westminster political drama that keeps on giving.

It’s the third time I’ve seen James Graham’s brilliant play and, if anything, it’s grown in stature thanks to the hung parliament shenanigans of last year.

But where those events were a kind of rollercoaster, the hung parliament of the 1970s was more of a tightrope, with the Labour government eking out a majority of three, that dwindled to just one.

The brilliance of Graham’s play, of course, was to set the action in the whips’ offices, where majorities were secured by flushing MPs out of the Westminster loos.

In the tooth-and-claw battle between Tories in Savile Row suits and Labourites in M&S polyester, every vote counted. 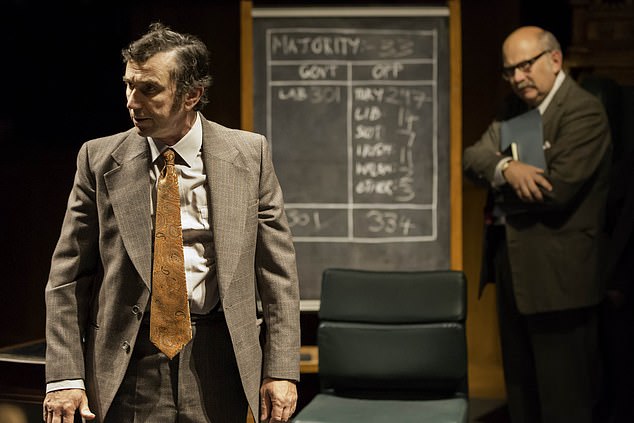 NT at Home play ‘This House’, by James Graham, is the Westminster political drama that keeps on giving

Stories running through the drama include John Stonehouse’s infamous attempt to disappear by faking his own suicide, and Michael Heseltine’s mace-wielding antics in the debating chamber.

But the play is also an anarchic hymn to the Westminster bubble where, as one character laments, everyone eventually fails — the Tories because they think they’re entitled; and the Labour Party, because they don’t.

This is the original Olivier Theatre cast from 2013, led by Phil Daniels as Labour’s saggy-suited, gutter-mouthed Cockney chief whip, Bob Mellish, alongside his snarling deputy, the Member for Wakefield, Walter Harrison (Reece Dinsdale).

Across the corridor, their Tory counterparts (Julian Wadham and Charles Edwards) are no less combative, despite being as cool as a jug of iced Pimm’s.

With fecund wigs, shagpile sideburns and flares flapping around the actors’ ankles, this remains a wonderful piece of social history from the mother-of-all hung parliaments.

Many of us have been losing track of time in lockdown, with only our feral barnets to remind us every morning that the weeks are rolling by.

But BBC4’s series of ten-minute plays — commissioned, written, cast, rehearsed, shot and released in the time we’ve all been confined to quarters — under the title ‘Unprecedented’, are a salutary reminder of how long it’s been.

And with a set of leading thesps I had high hopes for it, too.

One of the better playlets, Grounded, stars Katherine Parkinson as a stressed working mum trying to get her parents (Alison Steadman with her real-life partner, Michael Elwyn) to take social distancing seriously. Their response is to prank her in a way that’s borderline poor taste.

One of the creepiest (in a bad way), Safer At Home, sees Gemma Arterton bullied and cyber-stalked by her own real-life husband, Rory Keenan. 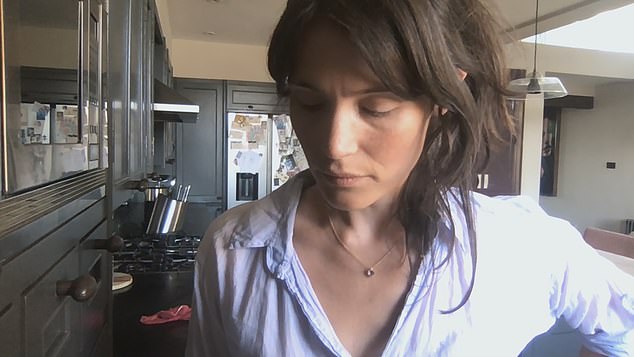 In ‘Safer at Home’, as part of BBC4’s ‘Unprecedented’ short play series, Gemma Arteton (pictured) plays the role of a wife cyber-stalked and bulled by her own real-life husband, Rory Keenan (not pictured)

Another, House Party, is about an online street party, to which a whiskery-looking James Norton can’t manage to get connected.

With many more sketches, including one featuring a very serious Rory Kinnear as a front-line NHS doctor, and another with Lennie James as a homeless man put up in a hotel and missing his dog, these are moderately distracting snapshots of where we’ve pitched up.

As a lockdown diversion, though, they leave a lot to be desired — and not just in terms of length.

It’s a good chance to check out the actors’ interior design, too, including Rory Kinnear’s AGA (and Ottolenghi cookbook).

Verdict: The Ayckbourns, at home

Alan Ayckbourn’s new audio play, Anno Domini, has the distinct advantage that it can be listened to while doing other things. Like the gardening. So in my case that was bad news for slugs.

Ayckbourn and his actress wife Heather Stoney play four sets of couples, ranging in age from 80 down to 18.

The Ayckbourns are a fine example of how to keep busy by creating their own work. And I certainly bought the posh grandparents living in West Sussex who find their own marriage rocked by the news that their son is separating from his wife on what should have been their silver wedding anniversary.

But I fear their understanding of teens is almost as slight as their ability to render their voices (the teenage characters sound even frailer than the croaky grandparents).

Still, the lack of a visual dimension means they just about get away with it.

Hairspray (The Show Must Go On)

My ten-year-old daughter and I are both big Ariana Grande fans. No one plays bimbo better, and she can sing and shake a leg, too.

So we were looking forward to this NBC 2016 live recording of the cult musical in which she plays Penny Pingleton (left), best friend of Tracy Turnblad (Maddie Baillio), the plus-sized heroine blazing a trail for racial equality in Sixties Baltimore.

Grande’s part is quite small, but she does her usual thing of appearing spellbound by everyone and everything around her. 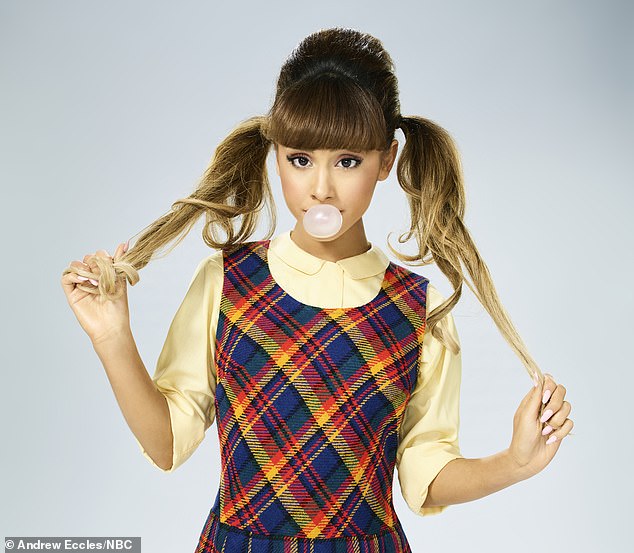 Popstar Ariana Grande (pictured) stars in the NBC 2016 play ‘Hairspray’, albeit in a small role

It’s Baillio’s show, really, and she has an innocent charm of her own as the high-schooler insisting black and white teens be allowed to dance on the local TV talent show.

And it’s a cakewalk in more ways than one for Harvey Fierstein, from the original Broadway line-up, as Tracy’s enormous, rough-as-a-scrubbing-brush mom, Edna.

The best of the Sixties-style pop numbers is Jennifer Hudson’s Tina Turnerish belter I Know Where I’ve Been. Otherwise, it’s like Mrs Brown’s Boys on a bigger budget.

Shot on various TV studio sets with a small audience, it lacks the pace of film and the energy of theatre.

Even at £2.49 I’m not sure it’s worth it, although you can see it for free on YouTube until 7pm on Sunday.

Related posts:
TV and Movies
Rufus Hound’s Celeb Juice row with Kim Woodburn was so bad it was never aired
Love Island's Siannise Fudge 'not as happy mentally' after show
Emmerdale's Zak Dingle finally returns tonight in dramatic scenes
Piers Morgan mocks Holly Willoughby as he takes swipe at This Morning’s awards
Recent Posts
This website uses cookies to improve your user experience and to provide you with advertisements that are relevant to your interests. By continuing to browse the site you are agreeing to our use of cookies.Ok