Ten years after their unforgettable royal wedding, the romance is still very much alive for the Duke and Duchess of Cambridge.

In newly released photos, Prince William and Duchess Kate lean closely into each other outside their Kensington Palace home. They still look every inch as happy as the day they exchanged their vows in front of two billion people around the world at Westminster Abbey in 2011.

The royal couple are celebrating their tenth anniversary on Thursday, April 29, and to mark the milestone date, they’ve chosen to share two new royal portraits taken by celebrity portrait photographer Chris Floyd. Taken in the grounds of Kensington Palace earlier this week, the couple appear at ease as they smile for the cameras. With her signature blown-out locks, Kate is dressed for the summer in a delicate, pale blue wrap dress.

Visible in both photographs is the stunning engagement ring Kate first revealed during their royal engagement portraits in October 2010. Featuring a 12-carat oval blue sapphire and fourteen diamonds, the 18-karat white gold ring has a deep meaning for both the duke and duchess, as it belonged to Princess Diana. At the time of his engagement, William said giving the ring to his wife-to-be was his way of making sure his mother wouldn’t miss out on their wedding day. Since their engagement, the ring—now valued at over $400,000–became one of the world’s most sought-after styles for more than a decade.

William’s watch also holds significance. The prince’s mid-size OMEGA Seamaster Quartz, believed to be a gift from his late mother, was the timepiece he wore to his 2011 wedding. It has rarely been off his wrist since. 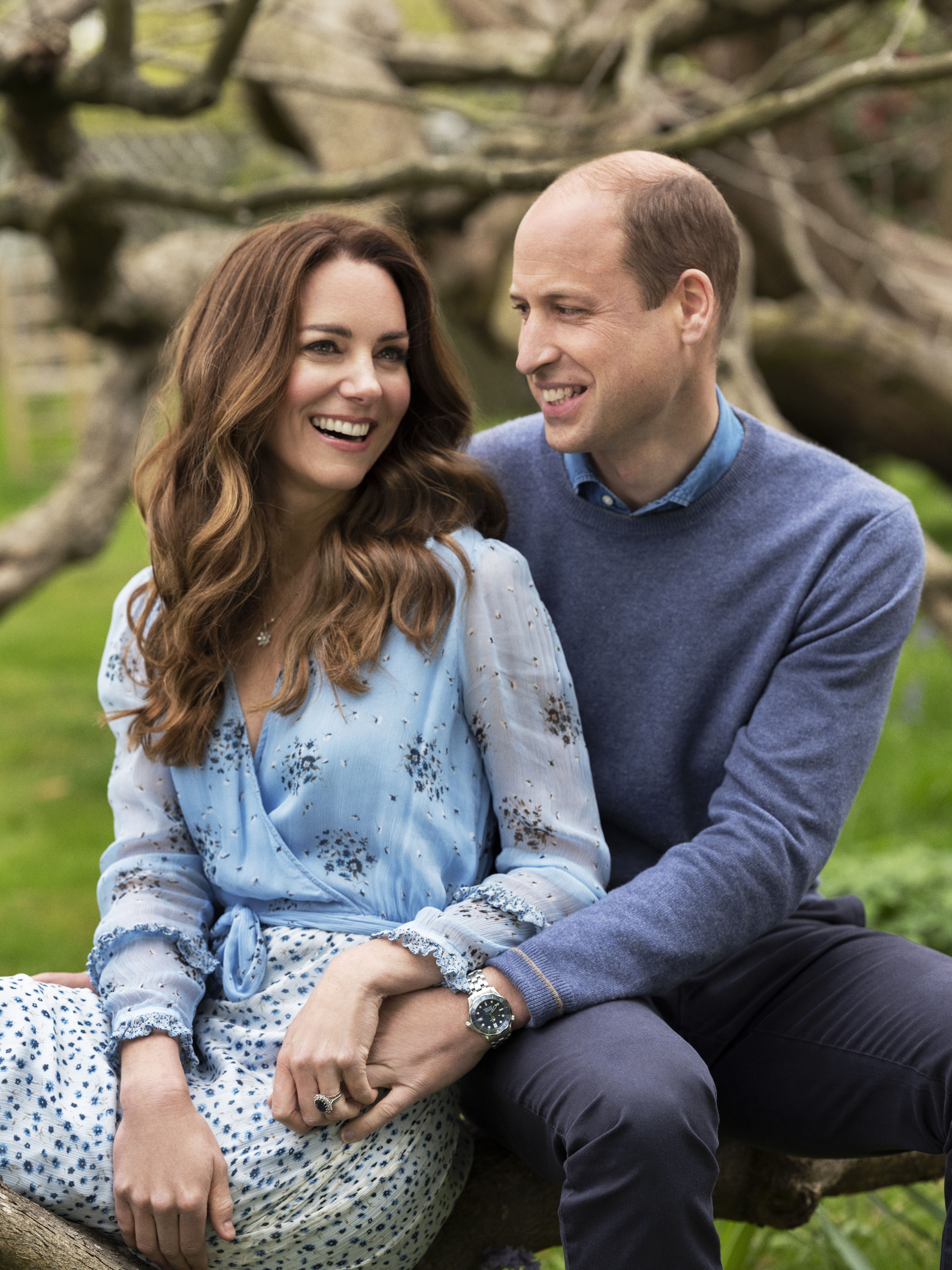 While the Cambridges often enjoy low-key celebrations for their anniversaries, their tenth—traditionally marked in the U.K. with gifts made of tin—has seen the couple bring their milestone on the road. On Tuesday, William and Kate visited a family-run farm in the English countryside. The local business featured an initiative funded by one of the 26 charities chosen by the couple in 2011 to benefit from donations made to their royal wedding charitable gift fund.

The Key—formerly known as Keyfund—received $46,000 (£33,000) from the gift fund and allowed the organization to hire an extra member of staff and expand their projects. William and Kate’s time with the “Cheesy Waffles Project” at Manor Farm in County Durham—which helps children and young people with additional needs “transition to a happy and health adulthood”—allowed the duke and duchess to see the impact of their financial support.