Kelly Dodd put her ex-husband Michael Dodd on blast (again) on Instagram on Nov. 15, over their continued co-parenting struggles. The ‘RHOC’ star claims her ex hasn’t seen their daughter in 6 months and alleges he wants to take her to court.

Kelly Dodd continues to put her ex-husband Michael Dodd on blast on social media — something she says she’ll continue to do unless he signs legal documents to finalize their divorce. The Real Housewives of Orange County star, who married Fox News contributor Rick Leventhal, 60, in October, took to Instagram Stories on Sunday to share an alleged text message with her ex. In the message, which was screen-grab, Kelly claims Michael said he was “busy” and couldn’t retrieve their daughter, Jolie, 14, from a tennis match.

“Hey Jolie has her last match at the club and I have a part can you pick her up from tennis at 3:00? Perhaps take her to dinner?,” Kelly allegedly wrote to Michael via text. “I can’t today, I’m busy,” Michael allegedly replied. On top of the screen-grab, Kelly wrote: “What kind of father doesn’t want to spend time wit his daughter? Hasn’t been with her in 6 mos. Thank god for @rickleventhal.”

After she shared the text message, Kelly faced the camera to explain why she continues to call out her ex on social media. “I put Michael on blast because he does nothing with Jolie,” the Bravo star said in reference to their 14-year-old daughter. “He doesn’t want to see her,” she added.

Kelly continued, “He wants to take me to court. I’ve spent thousands and thousands of dollars on my attorney so we can get all the loose ends of our divorce finalized and he won’t sign the papers. He just wants to keep dragging it out and dragging it out and he wants me to not blast him anymore,” she said before speaking directly to her ex. “So, if you don’t want me to blast you anymore, just sign the f–king papers, Michael Dodd. Sign the papers and I won’t blast you,” Kelly concluded.

As for Michael, he has not publicly addressed Kelly’s latest claims. Kelly and Michael split in September 2017, after 11 years of marriage and finalized their divorce the following year — or so we thought. However, according to Kelly, there appears to be looming “loose ends.” 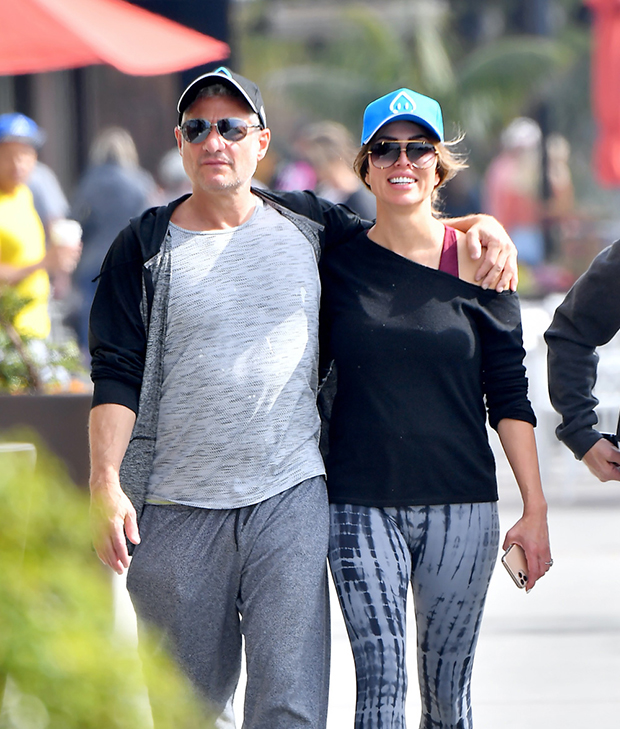 Although Kelly’s still apparently caught up in finalizing her divorce with Michael, that didn’t stop her from getting married last month. Kelly married Rick in Napa, California, on October 10, amidst the COVID-19 pandemic, where Jolie served as her maid of honor. Kelly and Rick, who were introduced by Kelly’s good friend and fellow (New York) Housewives star, Ramona Singer, got engaged on November 13, 2019 — just four months after they began dating.

After they tied the knot, Rick shared a photo of his new wife and stepdaughter along with his two older daughters, Veronica and Shoshana. “Our beautiful new nuclear family!,” he wrote alongside the photo, in which he posted to Instagram.