After releasing Lu Over the Wall to critical acclaim, director Masaaki Yuasa was met with a similar brief for his next feature, Ride Your Wave, by Japanese animation studio Science Saru.

“We were assigned with the same theme, ‘a love story involving a fantastic/out-of-this-world being,’” Yuasa recalls. “From there, we came up with the story about a guy who turned into water and a human girl.”

Turning into a meditation on loss, following Yuasa’s experience of the Great East Japan Earthquake on March 11, 2011, Ride Your Wave centers on Hinako, a surfer whose life changes forever when the charming Minato rescues her from an apartment building fire. Thereafter, the firefighter tragically passes, but the romance between the two only continues to unfold, when Hinako finds that she can summon her lost love to appear, wherever there is water. 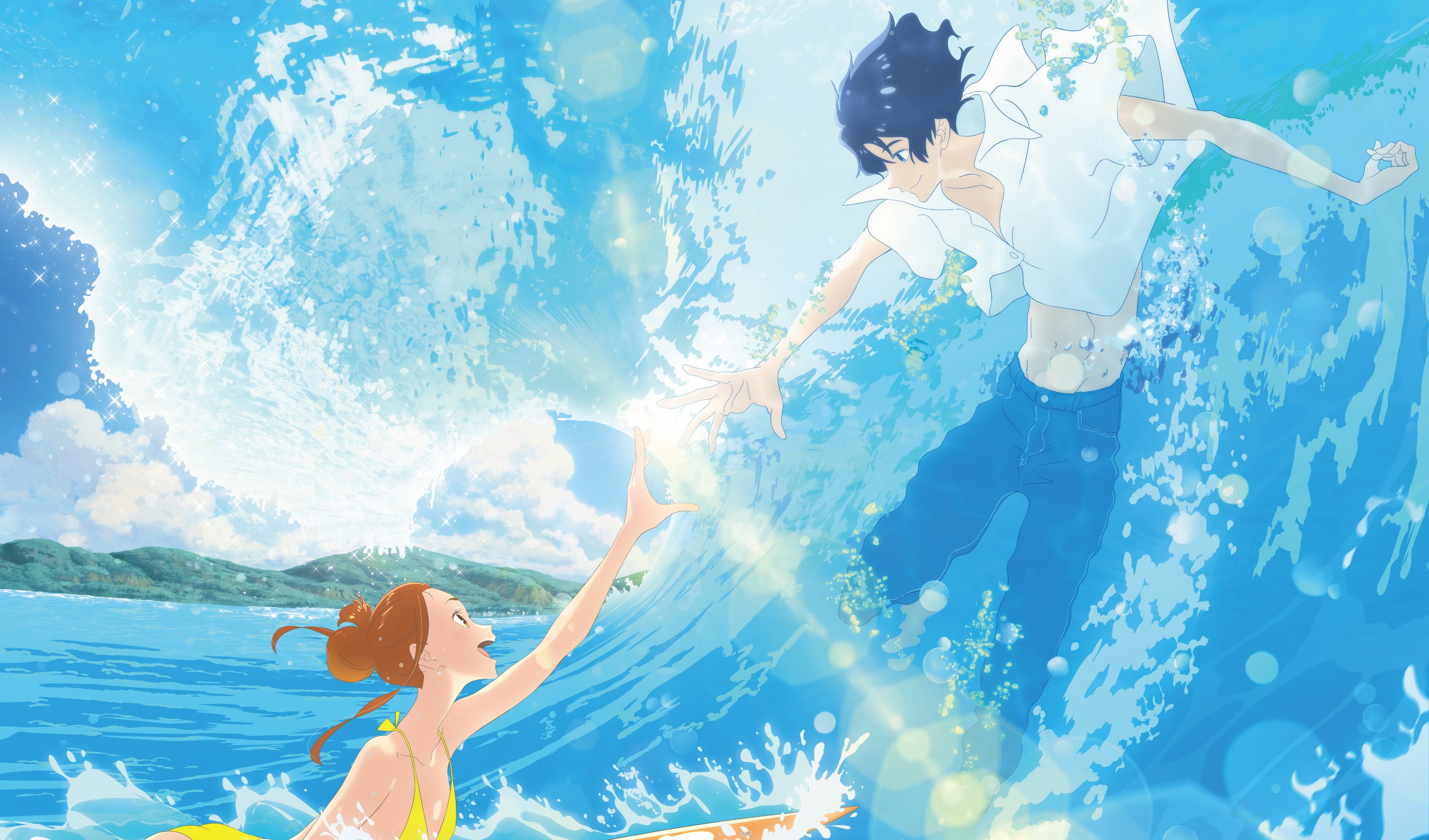 Distributed by Toho in Japan and by GKIDS in the U.S., the animated film is also now streaming on HBO Max. Given the events of the past year, its meditation on how we grapple with the challenges life throws at us could not be more relevant. “We’ve always heard from surfers that life is similar to riding the waves: you have to choose the wave you want to ride from the many that come along,” Yuasa notes. “There are good waves, and there are bad waves, but you don’t know what it is until you ride it.”

Below, the director discusses the inspirations behind his latest Oscar contender, as well as Inu-Oh, the feature he has coming up next.

DEADLINE: What were your thoughts, as far as how you would approach this story visually? It seems like the juxtaposition of water and fire was something you wanted to accentuate.

YUASA: From the concept, “love story with an out-of-this-world person,” we came up with two incompatible characters, like fire and water. From there, we decided to have a surfer and a firefighter as protagonists to develop the characters and settings. To have the firefighter guy save a girl caught in a fire is a great way to start a romantic comedy.

DEADLINE: What was your approach in designing the characters and world of Ride Your Wave? Did you have any particular inspirations in doing so?

YUASA: A huge factor was that we’ve always wanted to depict a surfer, which we’ve never got to do before. With that in mind, we created realistic backgrounds from there. In our last film, we had incorporated “shojo-manga-like” designs, and we emphasized that element in this film. We expanded the designs from the concept for the most part.

DEADLINE: How would you describe the pipeline you used to bring the film to life? 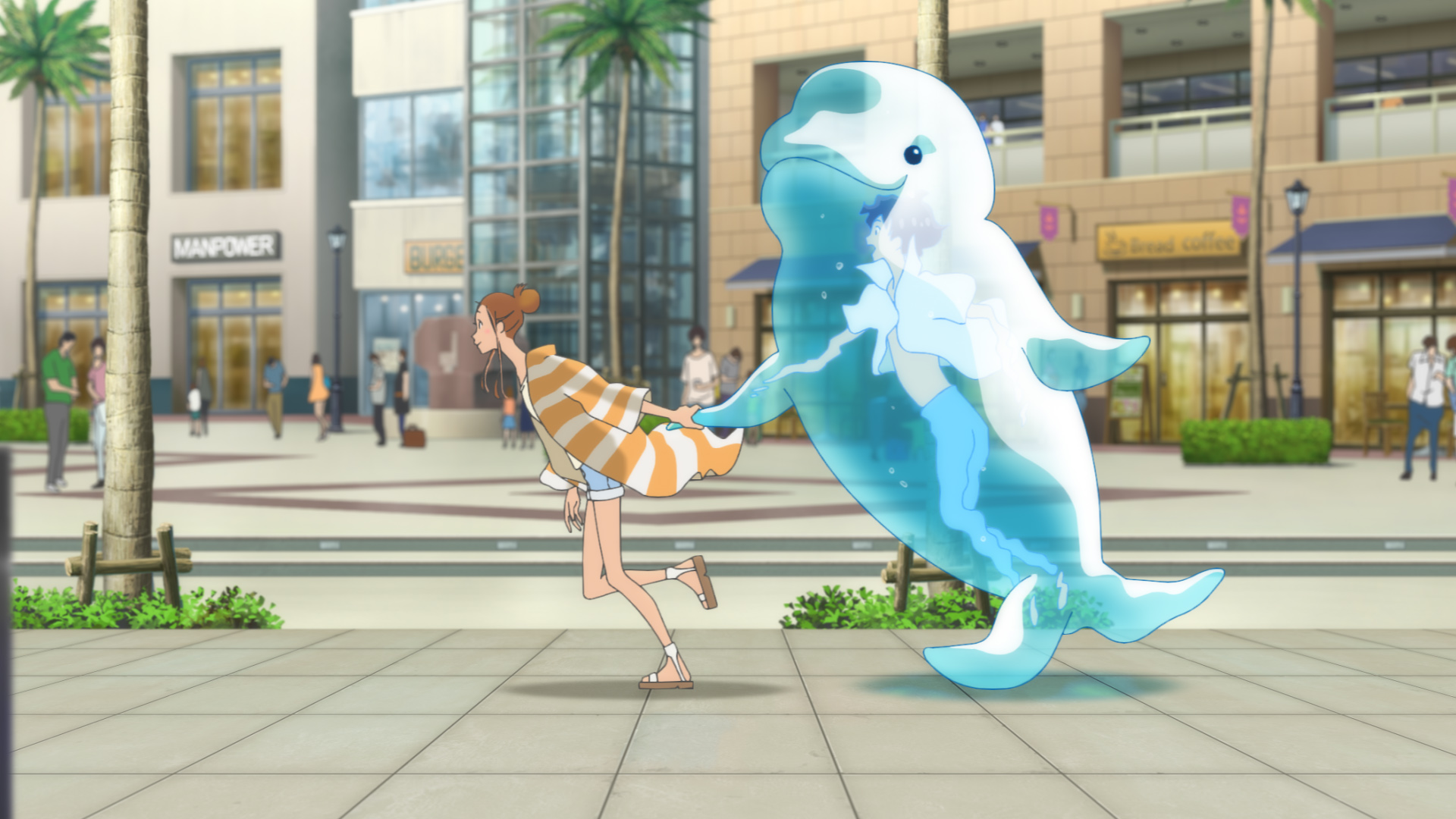 YUASA: The process was smooth. During Lu Over the Wall, it was a lot of trial and error early in production. This time around, we were able to use that experience, so we were able to work smoothly. By simplifying the symbolic events, we were able to make progress more steadily than I thought.

DEADLINE: What were you looking for in the film’s music? And how did you work with composer Michiru Ōshima to get to the score we hear?

YUASA: We first worked with Oshima-san in The Tatami Galaxy, then again on The Night is Short, Walk On Girl; this would be our third collaboration. We feel that Oshima-san can put importance on the theme and then adjust the music accordingly to the entire film. Honestly, I don’t remember what we discussed about the score. But for the scene where Hinako and Minato eat omurice while they camp, the music fits the scene so well. Even though there wasn’t much happening visually, what they talked about was important, and the music emphasized that. We didn’t intend this, and it transformed it into a touching scene. It matched what the film wanted to convey.

DEADLINE: Were any specific moments particularly fun for you to bring to life?

YUASA: The idle moments between Hinako and Minato made an impression on me. There is a sequence where they casually sing. During the recording, Ryota Katayose (who voiced Minato) and Rina Kawaei (who voiced Hinato) created a pleasant atmosphere, and we were excited that we got good takes. Creating the scenes depicting the frivolous and simple happiness of a couple was enjoyable.

DEADLINE: The climax of Ride Your Wave features some spectacular action, with Hinako surfing down the side of a skyscraper. Could you break down the inspiration behind this sequence? 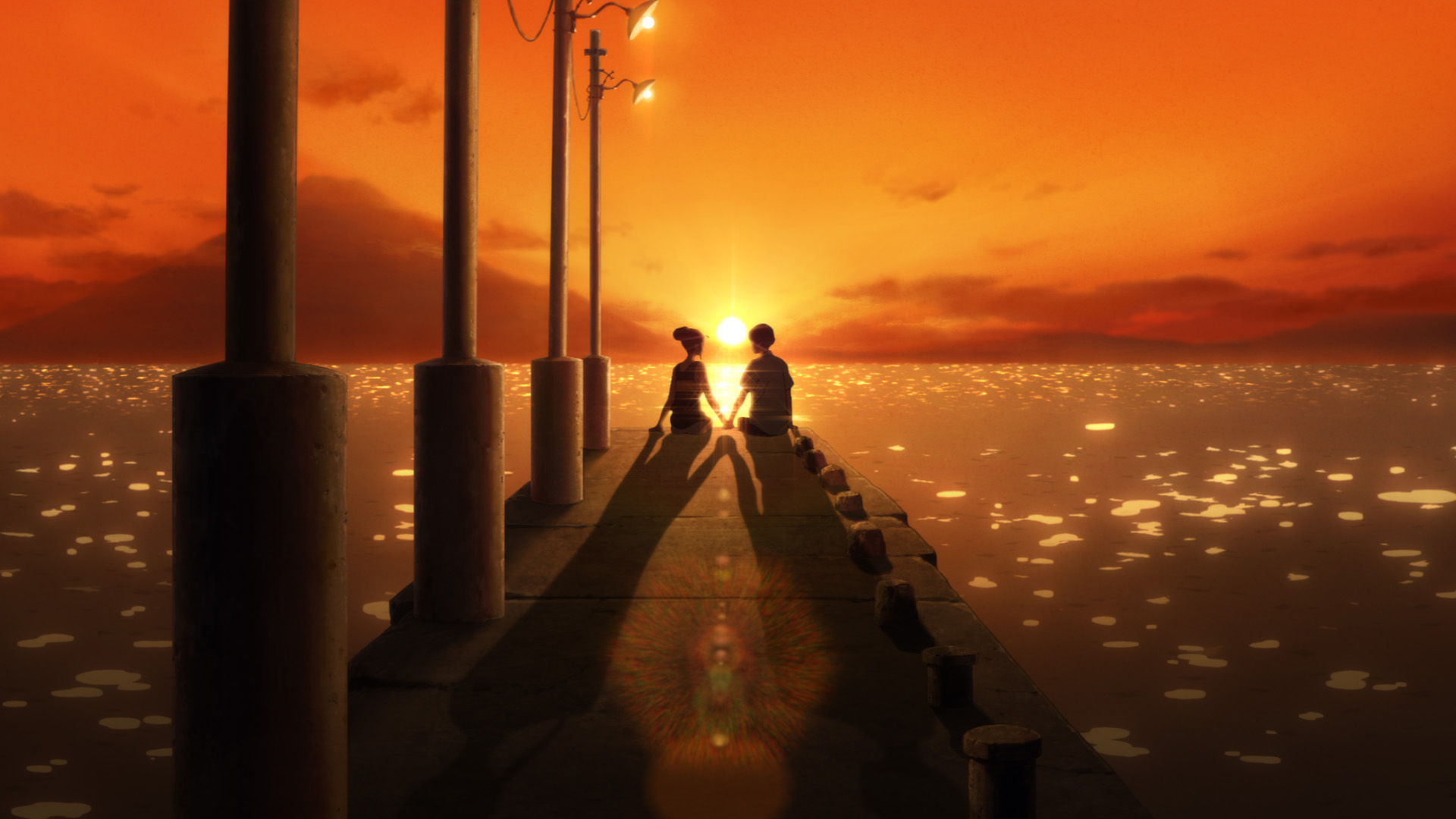 YUASA: We thought about how to portray the “big wave” Hinako overcomes in the climax, and we came up with the sequence of her riding the wave down the building. It is a sad scene, but we also included hope so that she can start anew. We wanted it to be a scene where even when the characters who suffered loss face difficulties, they can take a step forward. No matter what tough situations they find themselves in, they have to challenge giving up. And by taking on the challenge, they can find a different perspective and enjoy it. Trying something is fun. That was what we wanted to depict.

DEADLINE: What do you hope people will take away from the film? How does its message speak to the world we’re living in today, with all its challenges?

YUASA: Ride Your Wave is a story about a woman who grows little by little as she rides various waves in life, both making mistakes and succeeding. By challenging seemingly scary waves, things can go well, and you can have fun, or you can surprisingly overcome anything. Because of what’s going on in the world now, even in everyday life, you may feel anxious or scared, but I hope you can see life as waves to ride through trial and error and stay positive throughout.

DEADLINE: What’s next for you?

YUASA: We are in production for Inu-Oh right now, a story about the real-life Noh performer Inu-Oh and a biwa player who lived in the Muromachi period. There are almost no records left of them, but we highlight their story as we think how such amazing people existed back then. They pursue their ideals and take on challenges that are unfavorable or without merit. Perhaps, in that way, the theme is similar to Ride Your Wave.