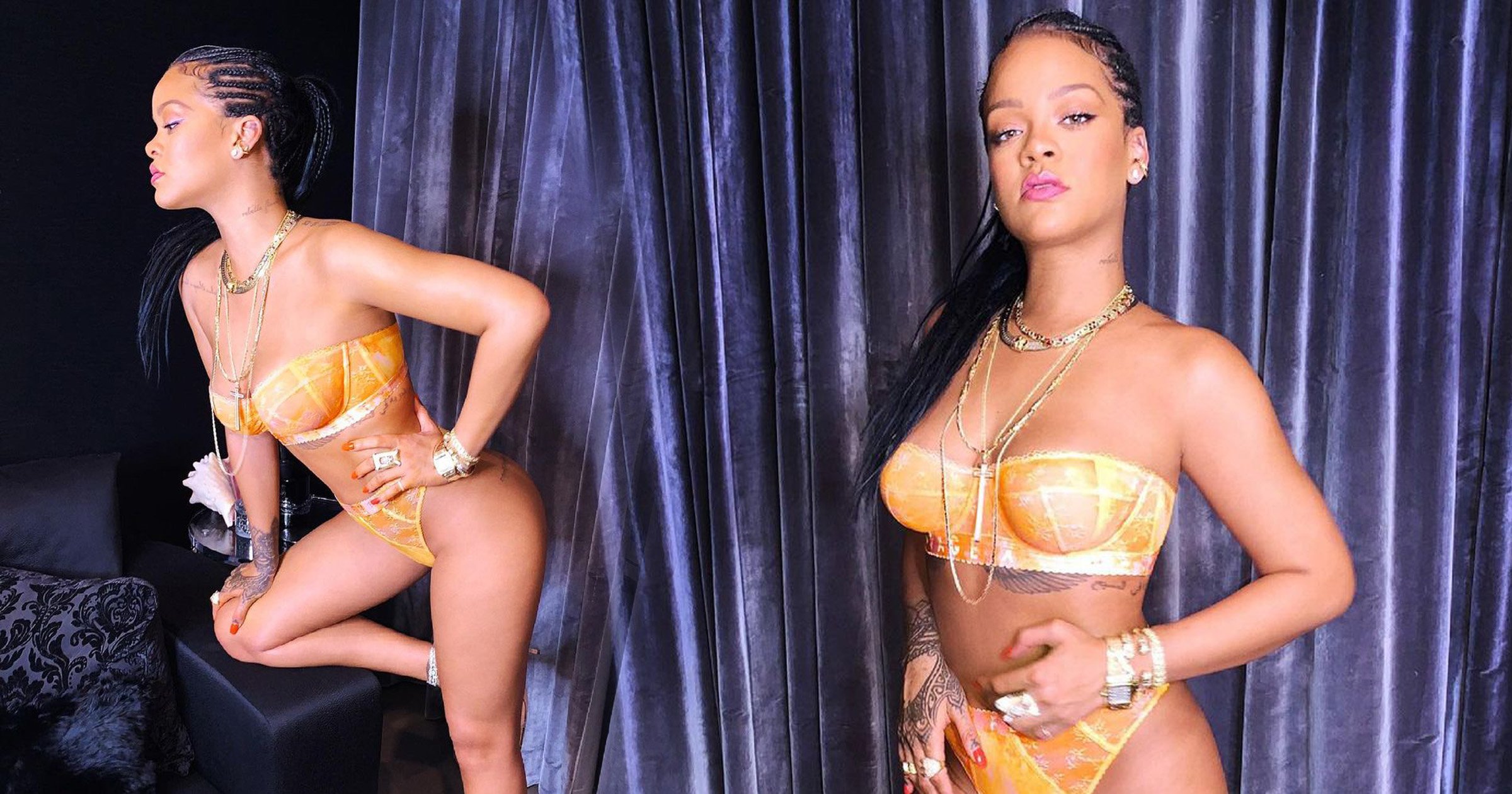 Rihanna may have been struggling to caption her latest lingerie photos but she wasn’t the only one left speechless by the stunning snaps.

The singer and businesswoman, 33, shared new shots of her in a Savage X Fenty lingerie set, comprised of a strapless bra and high waisted thong which she paired with fluffy slip-on heels.

She captioned the photo: ‘been 3 mins of thinking of a caption…I ain’t got s**t to say.’

Her followers were also left stuck for words at the stunning shoot, in which she revealed a tattoo on her bottom as she rearranged some trinkets on a table, as most of her comments just consisted of flame emojis and heart eyes.

Model Stella Maxwell commented with a flame emoji while Lil Nas X wrote: ‘yeah, this is the one,’ and Kevin Hart’s wife Eniko and Zoe Saldana gave praise hand emojis.

It comes after rapper A$AP Rocky finally confirmed the rumours that he and Rihanna were dating, telling GQ that she was ‘the love of my life… my lady’.

Rumours of the pair’s relationship had been circulating for several months, with the singer even being spotted leaving A$AP Rocky’s house recently, but neither had commented publicly prior to his recent interview.

A$AP Rocky added to the publication: ‘So much better when you got the One. She amounts to probably, like, a million of the other ones. I think when you know, you know. She’s the One.’

The pair have known each other since 2012 when the rapper worked on the remix of RiRi’s song Cockiness, but both have been in relationships with other people in the interim.

Rihanna split from her boyfriend of three years, billionaire Hassan Jameel, at the beginning of 2020, after which she is thought to have started seeing A$AP Rocky.

She has previously dated Drake, Miami Marlins’ Matt Kemp and Chris Brown while he has been linked to Iggy Azalea, Chanel Iman and Kendall Jenner.