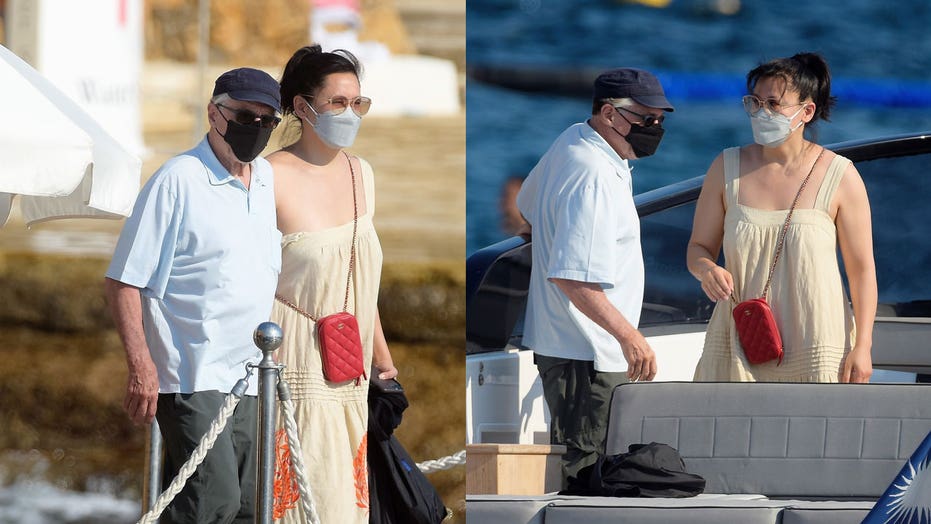 The actor was spotted with a mystery woman while leaving the French hotel, Eden Roc, for a boat ride on Tuesday. De Niro and the mystery woman appeared at ease with each other as they offered one another support during the rocky walk to the boat. The two were spotted walking hand-in-hand.

A representative did not immediately respond to Fox News’ request for comment.

De Niro’s divorce lawyer recently claimed the actor was overworked from trying to keep up with his estranged wife’s lavish lifestyle.

“Mr. De Niro is 77 years old, and while he loves his craft, he should not be forced to work at this prodigious pace because he has to,” De Niro’s lawyer, Caroline Krauss, told a Manhattan judge during a virtual divorce hearing back in April.

“When does that stop? When does he get the opportunity to not take every project that comes along and not work six-day weeks, 12-hour days so he can keep pace with Ms. Hightower’s thirst for Stella McCartney?” Krauss said.

In May, De Niro gave an update on his health after suffering a serious leg injury on set. The actor hurt one of his quad muscles while filming Martin Scorsese’s “Killers of the Flower Moon” in Oklahoma.

“I tore my quad somehow… [It was] just a simple stepping over something and I just went down,” De Niro said in an interview with IndieWire. “The pain was excruciating and now I have to get it fixed. But it happens, especially when you get older, you have to be prepared for unexpected things.”