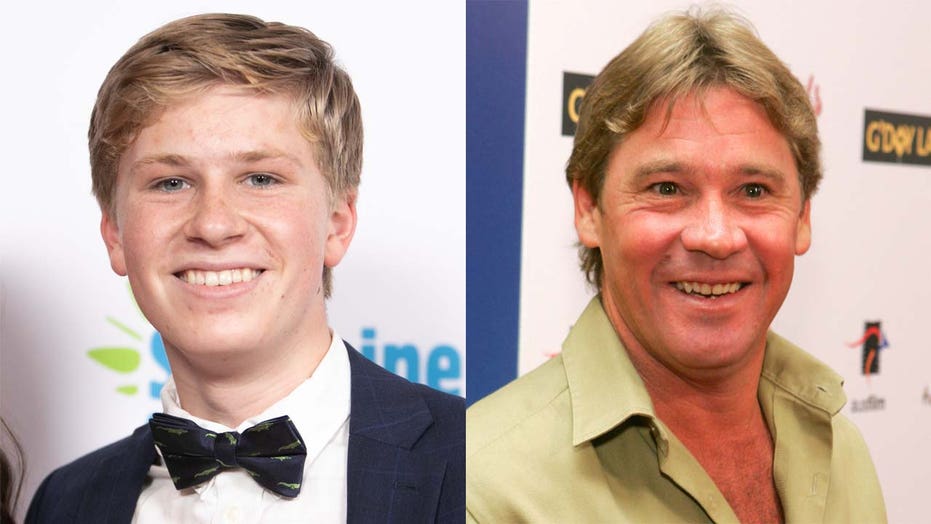 The Irwin family has found another way to honor the legacy of the late patriarch and “Crocodile Hunter” star Steve Irwin.

Steve’s son, Robert, took to social media on Tuesday to share the exciting news that he’d passed his driver’s test and was taking a drive in his late father’s famous truck.

“Passed my driving test!” he wrote online. “My first solo drive was a super special one – took my dad’s old Ute to see Grace in the hospital right after she was born.”

Alongside the endearing post was a photo of Robert, 17, standing by the iconic vehicle pointing at a provisional driver’s plate and wearing a wide grin on his face.

Grace is the newborn child of Robert’s sister, Bindi Irwin. Bindi announced just days ago that she and her husband Chandler Powell had welcomed Grace Warrior Irwin Chandler to the world.

The child’s middle names are a tribute to Bindi and Robert’s “wildlife warrior” father.

On Friday, Robert shared another post on social media celebrating the birth of his niece.

The post contained a picture of the happy parents with their newborn, as well as a photo of Robert gazing lovingly at the newest member of the family.

“Let the uncle adventures begin! Love you so much, Grace,” he wrote alongside the sweet pics. “This little one picked the two best parents in the entire world. The most incredible, caring & strong Mum… and the funnest, coolest & kindest Dad.”

He concluded: “Love you three so much – I can’t wait for this exciting journey ahead!”

Bindi, now 22, also had a chance to take her late father’s famous truck out for a spin after passing her own driving test a few years ago.

In 2016, the young “Free Willy: Escape from Pirate’s Cove” star shared a picture to Instagram of herself holding her own provisional driver’s plate – which all new drivers must keep on their car in Australia.

“Thank you so much Constable Joshua Little and Queensland Police for testing me today and giving me my license,” she wrote in the post at the time. “It was wonderful to take my test in St George and pass the first time and in my Dad’s giant old ute!”