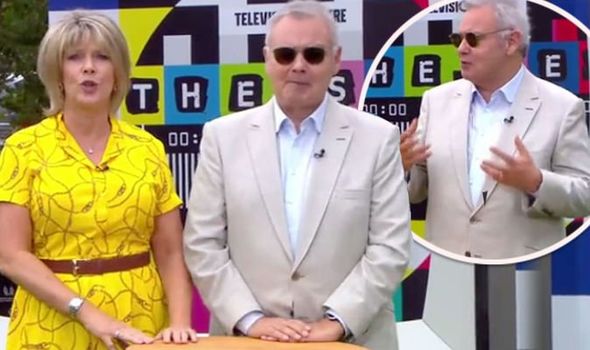 Ruth Langsford, who co-presents This Morning with her husband Eamonn Holmes, had to step in when her spouse of 10 years began to pose an inappropriate question. Ever the professional, the presenter expertly steered the show in a different direction after he made an inappropriate comment on live TV.

The couple, both 60, who celebrated a decade of marriage last month, were talking to Mungo Jerry when Eammonn made his remark.

The rock group were performing their famous 1970s hit In the Summertime to mark 50 years since the song was first released on May 22, 1970.

After the performance outside the ITV studio, Eamonn thanked the guests for their appearance on the programme and for reminding him of his childhood.

The smartly-dressed presenter, who was sporting a grey suit and sunglasses, told viewers at home: “He says whatever you read into that song is on your mind.” 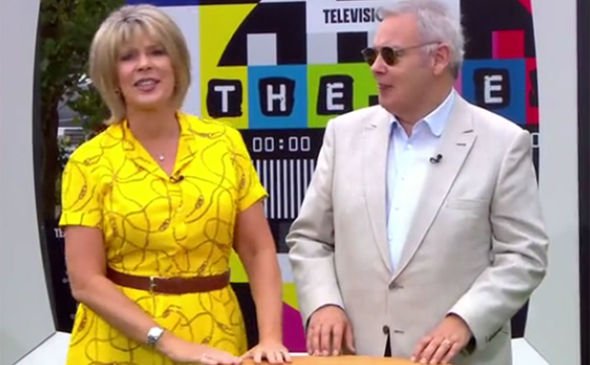 Referencing the song’s lyrics, he then turned to the guest and asked: “What is in your mind, when you say, ‘You got women, you got women on your mind?’

“It can’t be innocent there really.”

Bemused by the question, the singer just smiled when the camera returned to him and did not give an answer.

The TV star, who looked lovely in a yellow dress with a swirly pattern, was unfazed by the incident and able to get the musical segment back on track. 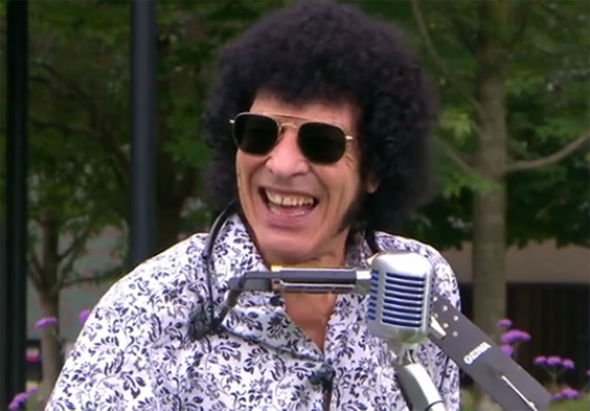 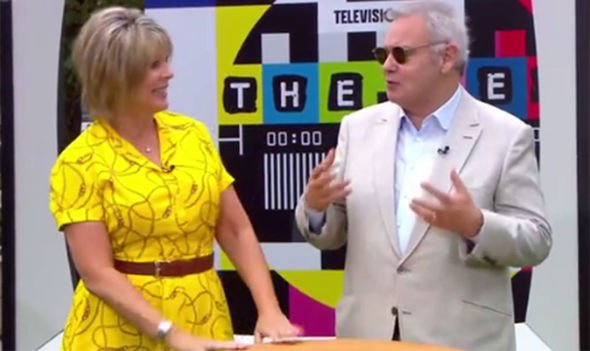 Following the show, Ruth, who is also a presenter on ITV panel show Loose Women, took to Instagram to share the details of her summery outfit.

Alongside a video which showed her swishing her skirt from side to side, Ruth told her 910,000 followers it was by Ralph Lauren.

She captioned the clip: “Thank you for all your lovely comments about my dress on @thismorning today….I was trying to encourage the sun out!

“Bright and sunny just like you Ruth,” one social media user wrote in the comments section.