End of an era! After winning 4 Olympic gold medals, Serena Willams told reporters at Wimbledon she would not be competing at the upcoming Tokyo games.

Serena Williams, 39, just delivered the bombshell news that she won’t be competing at the upcoming Tokyo Olympic Games. “I’m actually not on the Olympic list – not that I’m aware of. If so, then I shouldn’t be on it,” she said during a press conference at Wimbledon on June 27. “There’s a lot of reasons that I made my Olympic decision. I don’t feel like going into them today. Maybe another day. Sorry,” she also added, declining to elaborate on her reasoning.

“I have not thought about it. In the past [the Olympics] has been a wonderful place for me. I really haven’t thought about it, so I’m going to keep not thinking about it,” she also said to inquiring media. Serena has a storied history in the Olympic games, winning four gold medals in the past: she earned one at the 2012 games in London when she beat Maria Sharapova and sister Venus Williams, in 2000 at the Sydney games after winning in doubles, as well as in Beijing back in 2008. 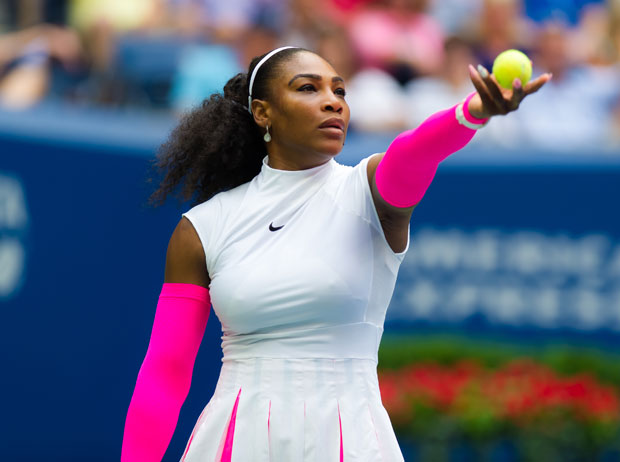 Currently, Serena is competing for her eighth Wimbledon title, which would be a record-equaler: she could tie for most Grand Slam titles (24) upon her match against Aliaksandra Sasnovich of Belarus, which is set for Tuesday. “I think that the women’s draw is so deep, regardless who you play,” she said. “You really have to show up now. There’s no longer matches that are going to be a sure walk-through. You just have to really have your head in, have your game on,” she said ahead of the match.

Outside of tennis, Serena has a busy home life with her husband Alexis Ohanian and their sweet 3-year-old daughter Olympia Ohanian. The little girl recently traveled with her parents to Europe, showing off her personality every step of the way. Olympia looked so cute as she dressed up like Princess Belle of Beauty and the Beast on a visit to the Château de Versailles in Paris on June 23. In addition to tennis and being a mom, Serena also has a number of business ventures, including her clothing line S by Serena.