Angelina Jolie and Brad Pitt’s kids are growing up so quickly! Shiloh Jolie-Pitt stepped out for a shopping trip in Los Angeles, with her mom and big sis Zahara.

Shiloh Jolie-Pitt, 14, has stepped out with her mom and and big sis Zahara in celebration of her sibling’s 16th birthday. The daughter of Angelina Jolie and Brad Pitt proved she’s already as tall as her superstar mom, when the trio were photographed on a shopping trip in Los Angeles. They visited an Ethiopian boutique on the January 8 outing, and the Maleficent actress, 45, looked glam in a long-sleeved white midi dress with matching white slides. Her kids cut casual figures, with Shiloh opting for a pair of cut-off denim shorts and a black hoodie, while the birthday girl donned a black sweater and black jeans. The trio were also seen wearing protective face masks while on the casual shopping trip. 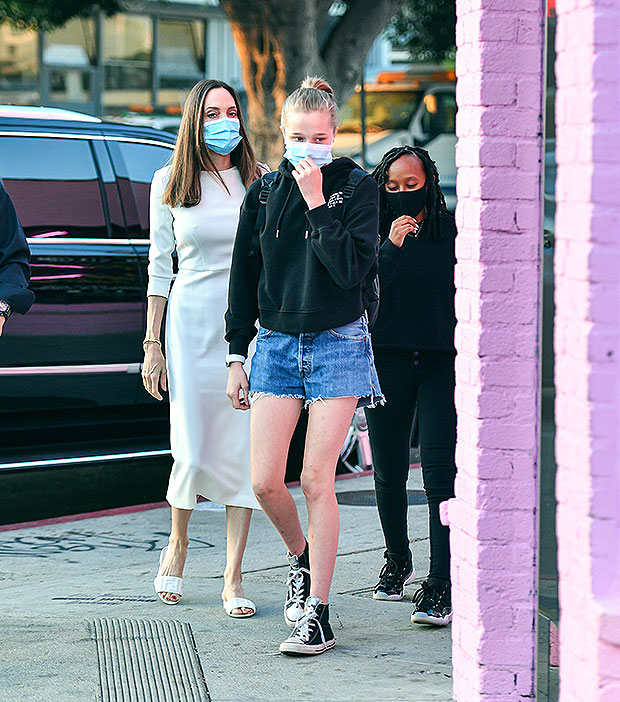 Angelina, who also shares sons Maddox, 19, and Pax, 17, and 12-year-old  twins Vivienne and Knox with Once Upon a Time in Hollywood actor Brad Pitt, is still involved in court proceedings over custody of her six kids. Back in November, Angelina took a loss when a judge denied her attempt to have the judge overseeing the couple’s custody case, Judge John W. Ouderkirk, replaced. As HollywoodLife previously reported in August, Angelina filed court documents in LA requesting that he be removed due to his alleged previous relationship with Brad‘s attorney, Anne C. Kiley. In response, Brad fired back in separate court documents, obtained by HollywoodLife. 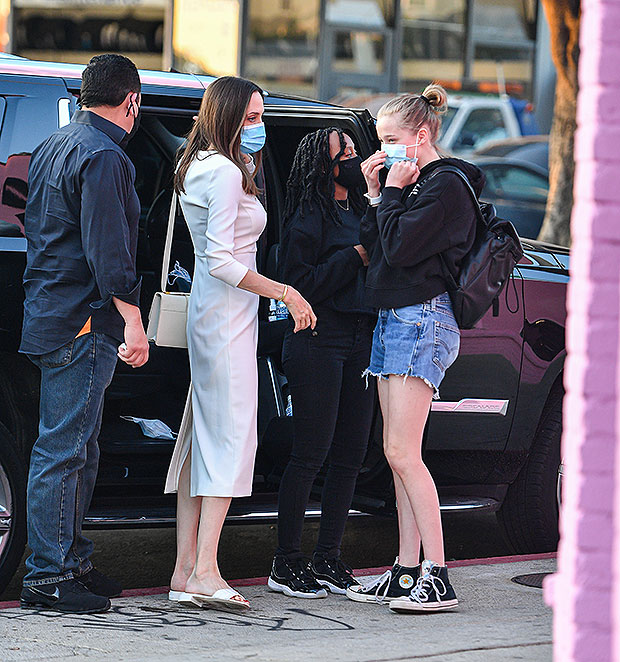 “Jolie’s abrupt cry of judicial bias reeks of bad faith and desperation, not to mention careless disregard for the procedural rules intended to root out legitimately conflicted judicial officers,” the Fight Club actor‘s attorneys stated in the legal documents. “Unfortunately, the individuals hurt most by Jolie’s transparently tactical gambit are the parties’ own children, who continue to be deprived of a final resolution to these custody issues.”