Not pointing fingers. Stassi Schroeder was one of four cast members fired from Vanderpump Rules for past racial remarks, but she isn’t blaming Lisa Vanderpump for any of it.

“Stassi isn’t mad at Lisa Vanderpump,” a source tells Us Weekly exclusively. “[She] doesn’t think her getting fired is Lisa’s fault by any means.”

Us confirmed on Tuesday, June 9, that the New Orleans native, 31, as well as Kristen Doute and newbies Max Boyens and Brett Caprioni, were cut from the Bravo reality show when their racially-charged comments resurfaced amid the Black Lives Matter protests. 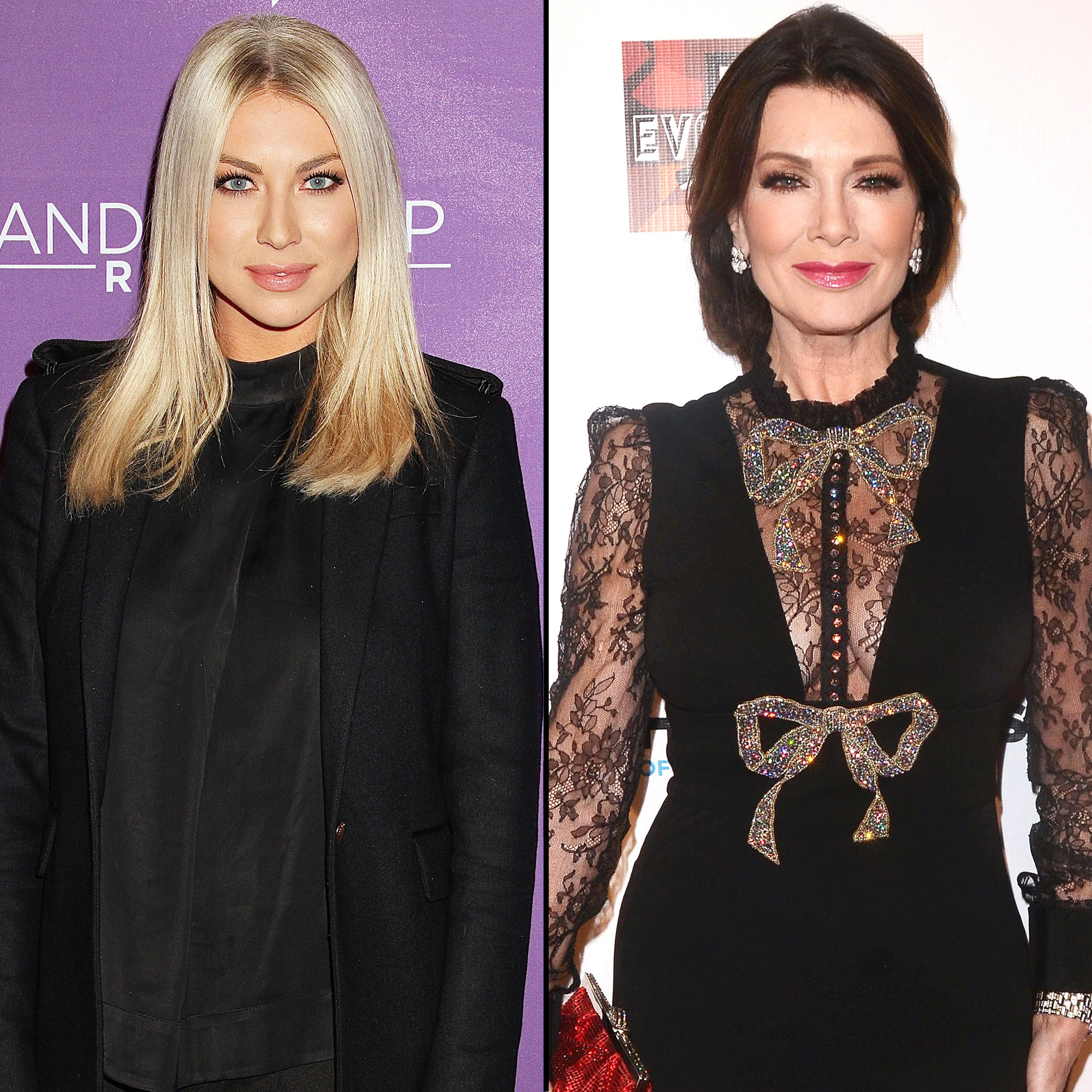 The former Real Housewives of Beverly Hills star, 59, addressed the firings via Instagram on Wednesday, June 10, explaining that while she “loves and adores” her employees, she is “deeply saddened by some of the lack of judgment that has been displayed.”

Vanderpump continued, writing, “As we’ve seen such devastating sadness that has played out globally, we all have a part to play to create a kinder, more just society. My hope is for this generation to treat each other with respect and humanity, and realize that actions have; and should have, consequences.”

Although Schroeder doesn’t hold Vanderpump responsible for the network’s decision, she didn’t see her termination coming.

“She is surprised and upset,” a second source told Us exclusively on Tuesday, adding that the star has “lost a lot of money from losing sponsorships and paid opportunities.”

The Next Level Basic author got into trouble after former costar Faith Stowers revealed earlier this month that both she and Doute, 37, falsely reported her to the police for a robbery, identifying her as the criminal based on a photo they saw of a black woman with tattoos in 2018.

Schroeder and Doute later apologized for their actions via social media. “Racially insensitive comments from my past have resurfaced,” the Basically Stassi alum wrote via Instagram on June 7. “What I did to Faith was wrong. I apologize and I do not expect forgiveness.”

Bravo’s decision to cut ties with Schroeder, whose fiancé Beau Clark is also on Pump Rules, wasn’t easy to make.

“Stassi, in particular, has become a major piece of the Bravo puzzle over the years, and the network truly enjoyed working with her,” another insider old Us. “That said, racism and discrimination have no place on Bravo, so Stassi, Kristen, Max and Brett left the powers that be with no other option.”

The fallout from her firing has been quick and spanned across all of Schroeder’s business ventures. She’s lost endorsement deals, her “Straight Up With Stassi” podcast has been removed from all platforms and her joint wine company, Witches of WeHo, has been pulled from shelves.

The reality star has yet to address her termination from the series publicly, but her younger brother, Nikolai, opened up about its effect on their family in a since-deleted Instagram video on Tuesday night.

“I want everyone to hear me out because my sister is one of the most loving people you will ever meet in your life,” Nikolai said. “She deeply apologizes for what she said and I’m so desperate for her to succeed … I just want her to go as far as she can.”

The 15-year-old continued by pleading with anyone associated in Schroeder’s release from the Bravo family to give his sister “another chance.”

“She likes entertaining people, that’s why she does all this TV stuff,” he said. “My family is heartbroken from what’s been going on with her. Everything’s been taken away from her.”