The ‘Arrow’ star made sure that trolls who made fun of his looks knew that he was still in tip-top shape, and he could prove it too!

Don’t mess with Oliver Queen! Stephen Amell had some choice words for people who dissed him, after he posted a sexy shirtless photo to Instagram on Saturday September 25. The 40-year-old Arrow actor penned a sassy clap back to haters on his Facebook page on Sunday September 26, where he noted that he couldn’t be in better shape, even if some people thought otherwise.

The Heels actor had posted the shirtless photo on Instagram, and he looked great. He sported a pair of pink short-shorts and flip flops, while he sipped from a coffee cup and held a copy of Gary Janetti’s book Do You Mind If I Cancel? in his kitchen. “Happy Saturday. Pop on some pink shorts and read Gary’s book. But only if you want to be smarter,” he wrote in the caption. 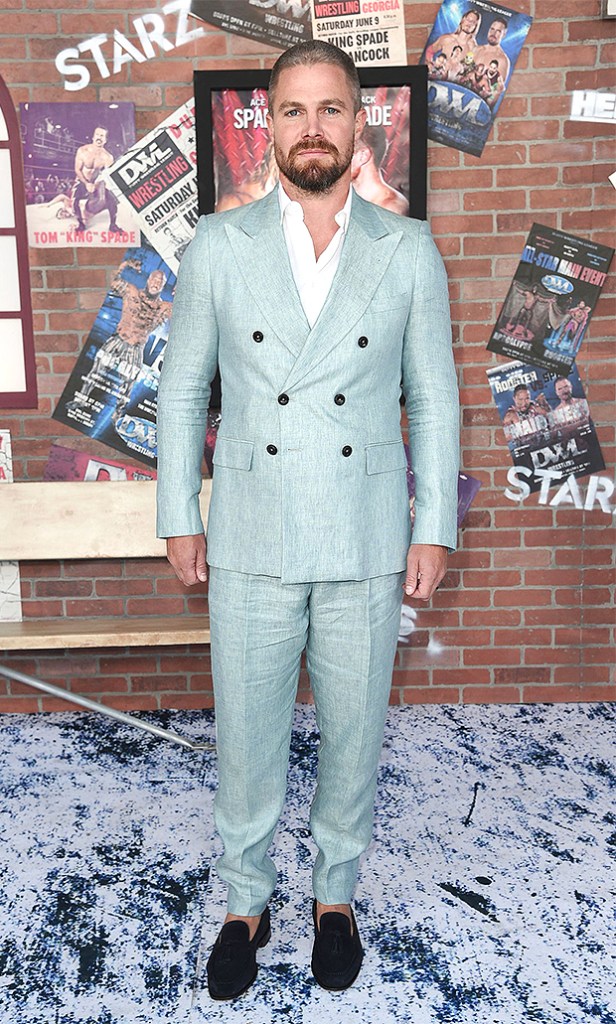 Even though Stephen looked absolutely amazing in the photo, a few people must have said some disparaging things to the actor, alluding to him looking different than he did in the promo photos for Arrow’s first season. “I’m 6’1 inches tall and 208 lbs. I’m in tremendous shape and I’m strong as s**t. I’m a 24 hour juice cleanse away from blowing the season 1 poster for Arrow out of the water,” he wrote. “We did the photography for that poster a little over 9 years ago. Next time I post a photo in my hot pink skivvies, I’ll try and remember to flex!”

The actor also offered a challenge to anyone who still felt like he looked “out of shape” in the photo. “And if that isn’t good enough, send me your address. I will show up to steal your boyfriend or your girlfriend,” he hilariously clapped back at the end of the post. The actor also clearly seemed unfazed by trolling comments, as he took to his Instagram the next day to share a photo of himself and his wife Cassandra Jean, posing and making funny faces, while attending a Los Angeles Rams NFL game.