Before fans came to adore Storm Reid as Gia Bennett in Euphoria, she received widespread praise from critics for playing Meg Murry in Ava DuVernay’s film adaptation of Madeleine L’Engle’s A Wrinkle in Time. Unfortunately, some picky people weren’t fond of Storm assuming the role of Meg.

“Some people had problems with me playing Meg because they’d loved her as a Caucasian girl for so long,” Storm said in an interview with InStyle. “They were uncomfortable to have that shift, but the only way to create change in our world is through people willing to be uncomfortable.”

Despite the noise, Storm was glad she starred in the movie anyway because representation matters! “When the film came out, little girls would come up to me and say, ‘Thank you for allowing me to see a girl who looks like me save the world,'” she said. “That’s when I realized my career was bigger than myself.” 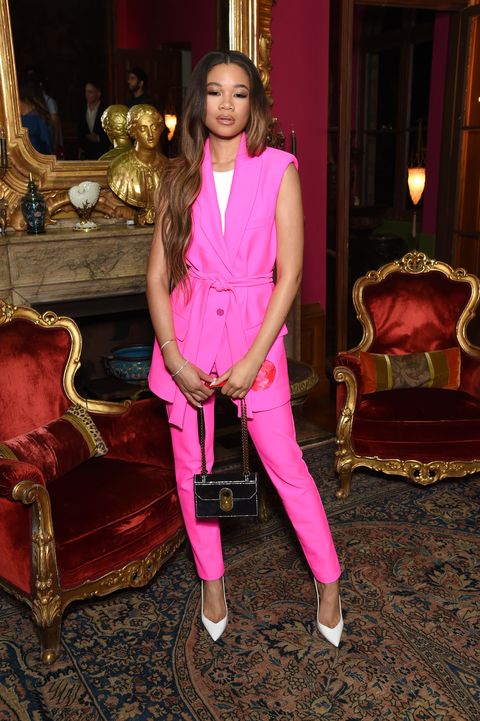 Storm worked alongside Reese Witherspoon, Mindy Kaling and Oprah Winfrey in A Wrinkle in Time, and their unflinching support through it all means a lot to her. “It’s a blessing to have amazing women like Ms. Ava, Ms. Reese, Ms. Mindy, and Ms. Oprah in my corner championing me…I try to make them proud, but I know I’m not always going to do or say everything the right way. I’m not perfect, but the goal shouldn’t be for me to be perfect.”

In addition to having Oprah, Reese, and Mindy in her corner, Storm also has her Euphoria costar Zendaya to look up to. “I’ve been a fangirl of hers since the beginning of time, and now she’s like my bonus big sister,” she added. “She’s so genuine, and whether I need advice about ‘growing up in Hollywood,’ as they say, or just advice as a teenage girl trying to figure out life, she’s always a phone call away.”

We love to hear it!