Suzanne Somers is looking back on a strange experience.

The “Three’s Company” alum was at home with her husband in California on Friday night conducting a Facebook Live session with fans when a nearly-naked stranger entered their property.

Just days after the encounter, the actress has opened up to Extra about the ordeal, calling it “a freaky thing that’s never happened before.”

Somers, 74, described the intruder as “a poor soul who lost his way… who forgot to wear clothes,” though she noted, “he had bikini underpants on.”

“The fact that he was practically naked, I could see that he didn’t have a weapon, so that calmed me down,” Somers recalled. “Instincts kicked in. I’m a child of an alcoholic and… very crisis-oriented, so when things go wrong, I know how to calm everything down.”

She also revealed that she was expecting dinner guests at the time.

“We were expecting these two guys for dinner, so when I heard this noise, I looked over and I thought, ‘Whoa, my dinner guests are very early,” she said, explaining why she at first welcomed the intruder. “As he got closer, that’s when I went, ‘Oh, oh, I don’t know you.'”

She was in the middle of a makeup tutorial on a Facebook Livestream and luckily for the star, a viewer called the police.

“How bizarre is it that an intruder walks right in your camera shot?” she asked. 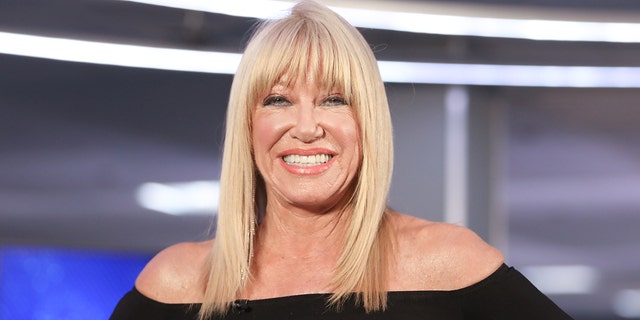 The star was filming outdoors during the stream and could be seen asking her producer husband, Alan Hamel, “Is somebody here?”

Hamel brushes the noise off as a frog, but Somers insisted that the “heard a voice.”

When the man approached Somers, he told her “there were ghosts following” him and offered her a “gift,” which she declined.

“A friend led me up this hill, and then I came down,” the man said when Somers asked how he made his way onto her property, per Page Six.