Bachelor Nation is always rooting for the show’s couples to go the distance … but sometimes, fans take their roles too far. Tayshia Adams, who is engaged to her final rose recipient, Zac Clark, opened up to Us Weekly about navigating speculation about their relationship as she helps Katie Thurston on the same journey.

“It’s so funny because people do have lives outside of social media,” the season 16 Bachelorette, 30, exclusively told Us ahead of the Monday, June 14, episode of season 17. “And it’s so amazing to have the love and support of Bachelor Nation. Because to be honest with you, we go through it kind of together when we’re all watching the show. However, you have to realize that it’s a real relationship behind the scenes.” 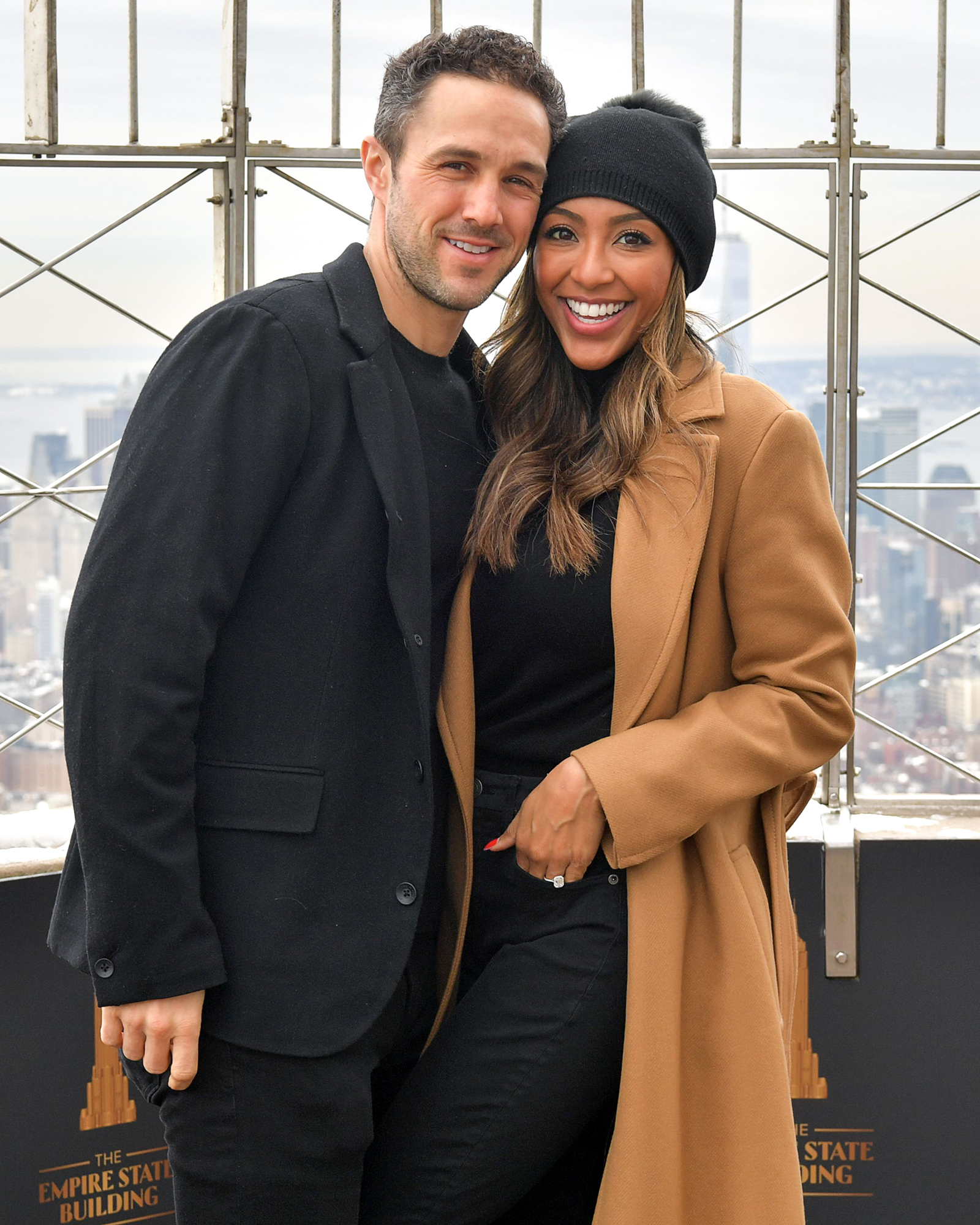 Tayshia and Zac, 37, got engaged during the December 2020 finale of her season. Earlier this year, the couple accidentally sparked speculation about their relationship when the former phlebotomist was spotted without her Neil Lane diamond and the addiction specialist’s mother unfollowed Tayshia on Instagram.

“I suggested to Katie, like, if you have to separate yourself a little bit do so because you want to do what’s best for you in the relationship,” Tayshia told Us. “And if that means, like, pulling back a little bit on social media, then do it. That’s your relationship, so you just have to put a little bit of boundaries, nothing bad, just [some] boundaries.”

Zac, for his part, previously told Us that the duo are moving forward with wedding plans but admitted there were “some ups and downs” post-Bachelorette.

“Naturally, it’s for all the reasons that people say it shouldn’t work. Because it’s so quick and all that stuff. And I hear that. There’s also a lot of reasons why, for me, it does work,” he told Us in April. “‘Cause you put the cell phone down, there’s no distractions, your conversations are very, like, pointed and structured and you really give yourself — like, for me, I gave myself that opportunity to kind of really explore what love was and what this relationship could be.”

The New Jersey native added that he and Tayshia left the ABC show with a “strong foundation” and can tune out rumors and speculation.

Everything Cohosts Tayshia and Kaitlyn Have Said About Katie’s Journey

“I know that at the end of the day, there’s our relationship, me and her, and then there’s everything else kind of around it. And if this isn’t solid, which it is, then this stuff can kind of work itself into it,” Zac said at the time. “But it is solid. And at the end of the day, none of that other stuff really, truly matters. I think you need to be aware and I think you need to acknowledge that it could be difficult … but no, that’s why we have each other to support us through those difficult times or whatever it might be.”

Katie, meanwhile, is still looking for The One and her journey will continue on Monday’s episode with the help of Tayshia and cohost Kaitlyn Bristowe’s Big Buckle Brawl date.

“It is a fun group date, the guys get down and dirty and we are definitely there for it,” Tayshia told Us.

Kaitlyn, 35, added, “Whether it’s the women or the men, they always got to fight for the Bachelor or the Bachelorette’s love. And I think these guys really enjoy doing that.”