Tess Daly, 51, has taken to Instagram to share her thoughts after her husband Vernon Kay, 46, was faced with a stomach-churning eating trial on I’m A Celebrity… Get Me Out Of Here!. The Strictly Come Dancing presenter seemed reluctant to reflect on the gruesome challenge after Vernon came close to vomiting when he ate a deer’s testicle to win food for camp.

She wrote alongside a clip of the star starting a quiz with his campmates: “@vernonkay bringing the quizzes to the camp…

“And don’t get me started on that eating challenge.”

Tess then added a nauseated face emoji and a laughing face emoji to reveal her reaction to Vernon’s task.

Fans took to the comments section of Tess’ post to share their thoughts on the terrifying moment. 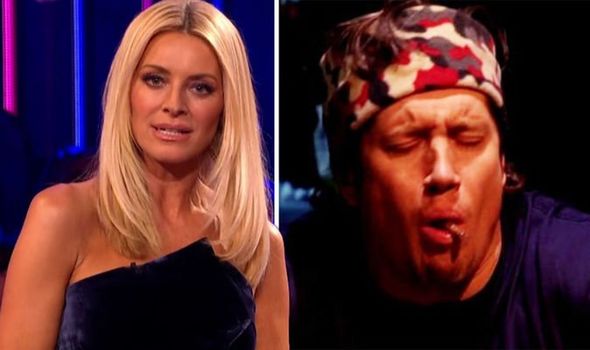 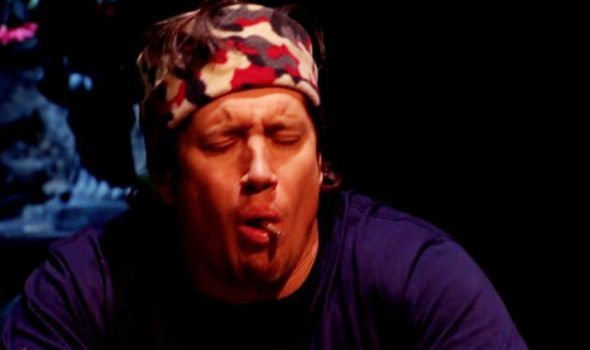 One person wrote: “Looks like he had a ball (or two).”

Another added: “Loving this series. Vernon really got the guys through the eating challenge!”

A third person replied: “I knew that first ball was coming out.”

Tess previously admitted she was “already feeling nervous” for her husband after seeing a preview of the challenge. 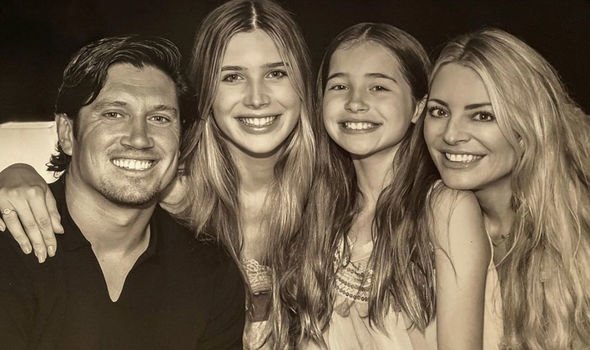 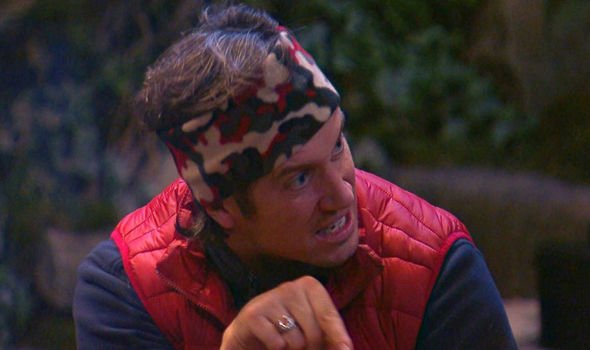 Vernon took on the Bush Tucker Trial, Frights of the Round Table, alongside his co-stars Beverley Callard and Jordan North.

When he was presented with his dish of Nuts Roast in the castle, the former Family Fortunes host could be seen looking apprehensive.

As Vernon picked up a testicle, he complained: “It’s not even warm.”

“Three, two, one,” Vernon said before eating it.

Things became more gruesome when Jordan remarked: “What’s that that’s just come out of it?”

Vernon then began retching as he struggled to chew and the testicle began to hang out of his mouth.

He then had to put the dish into the bucket near him as he couldn’t keep it down.

Fortunately, Vernon gave the challenge another attempt and he managed to win another star for camp.

The trio won 10 out of 10 stars and cheered at the end of the trial to celebrate their achievement.

Elsewhere, Tess admitted she had already cried after tuning into the first episode of I’m A Celebrity on Sunday night.

The mother-of-two took a photograph of her husband on the television, which she was watching with their daughters Phoebe, 16, and Amber, 11.

She wrote on social media: “I was so excited tonight watching @vernonkay on @imacelebrity I took a picture of the TV!

“What a great show it was; laughed and cried already! And @antanddec brilliant fun.”