When we say: “Black is not a monolith” we can always back up that claim with wildly specific and relatable stories. But where do these stories live? For a long time they remained obscure, just told at parties or kitchen tables. And then spaces like The Nod podcast were born, reminding us all of how important and powerful and revolutionary it is to speak Blackness across airwaves and streaming services.

Hosts Eric Eddings and Brittany Luse, whose beloved podcast started out as For Colored Nerds and eventually evolved into The Nod, have given us everything from an oral history of ‘Knuck If You Buck’ (one of the finest pieces of music journalism we’ve ever heard) to helping us all understand what exactly is purple drank? Luse and Eddings’ ability to excavate the tales that we really want to hear regardless of what mainstream thinks is worthy? Iconic, to say the least.

“When you’re making a daily show that’s somewhere in the six to seven minute range, you’re like, ‘Can I cover this in seven minutes? Is this possible?” Luse tells Yes, Girl! hosts Cori Murray and Charli Penn.

For this full episode of Yes, Girl! podcast listen anywhere you get your podcasts! 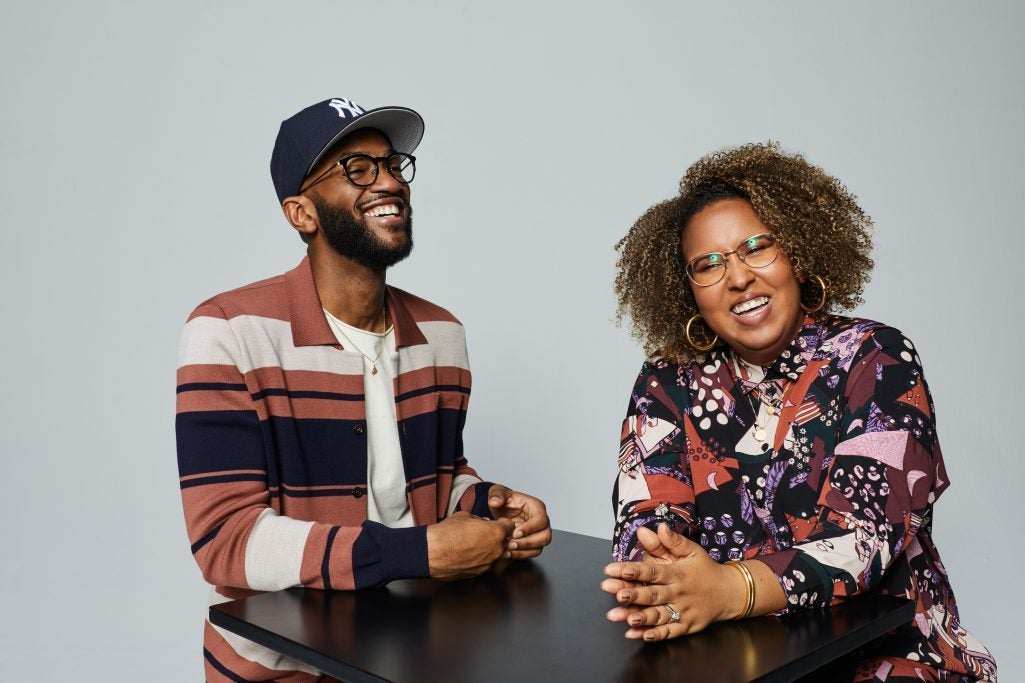 “We were able to make two episodes that we as a team were really proud of, and we’ve gotten some good feedback about. I feel like we were still able to go deep and catch those conversations. We had an interview with Ianne Fields Stewart who is the founder of this amazing mutual aid group called The Okra Project. And they’re basically feeding Black Trans people who may have food insecurity and people who just want to eat well. And they’ve also started mental health funds, after the deaths of Nina Pop and Tony McDade, to be able to match Black Trans people with Black Trans therapists for a session, free. So we’re able to be able to pass the mic to people who deserve to have it. We’re able to tell stories in a much deeper way than one would anticipate in a seven to eight minute range.”

…WHAT BRITTANY HOPES TO TELL HER (FUTURE) KIDS ABOUT 2020

“I’m hoping that as foreign as segregated water fountains seemed to me when I was kid growing up, [as it sounds] not having health insurance for people now. Not having election day be a federal holiday that all people have access to regardless of their incarceration status. I’m hoping that all of those conditions sound completely foreign to my child. And I can say, ‘Before 2020, it was like this. But in the years that followed, these are the things that changed.’ And that’s why when I sound like when my parents used to tell me that chips cost a nickel.”

“It was an exciting kind of challenge to say, ‘Break apart what you’ve been doing and now do it in a way that people can see.’ And then, the second part came. ‘And make it less than 10 minutes.’ And I would say, initially, we were kind of nervous. ‘How we can pack as much as we pack into those 30 to 40 minute episodes? Can we do that in six to seven?”

“It was deep, but expanding my horizons and hopefully showcase and rep for the brothers who said, ‘You know what? I won’t just put on a hat. I won’t just shave off all my hair. I want some tresses. I want them to blow in the wind, even if they were not mine.’

Check out The Nod on Quibi for new episodes. And if you’re on Instagram, don’t forget to follow @essencepodcasts for more behind-the-scenes of the ESSENCE Podcast Network Pod Squad!