Stars — They’re just like us! Well, sort of. While most celebrities go to the grocery store and spend the occasional night in binge-watching true crime docs on Netflix (we’d imagine), some famous people live completely manicured and publicized lives from the moment they were born. We’re talking about the English royal family, of course, who are probably … the least like us.

Royals are born into their roles. Traditionally, they attend fancy private schools in the U.K. and spend their vacations on royal tours through the commonwealth. It might come as a surprise to learn (or not) that most royal family members opt out of attending college (or university as they call it in the U.K.) after all that fancy school. Prince Charles was among the first to break with tradition by attending Cambridge University after high school. Prince William followed in his footsteps by attending the University of St. Andrews, per Express. It seems counterintuitive that most royals don’t go to college, considering they could probably get in anywhere, and as the de facto rulers of the U.K., they should be well, well educated.

If the news that most royals don’t receive a college degree shocked you, then we are about to blow your mind with the info that queen Elizabeth — the longest-serving queen in history–didn’t attend school at all. Here’s why.

Queen Elizabeth had a special education at home 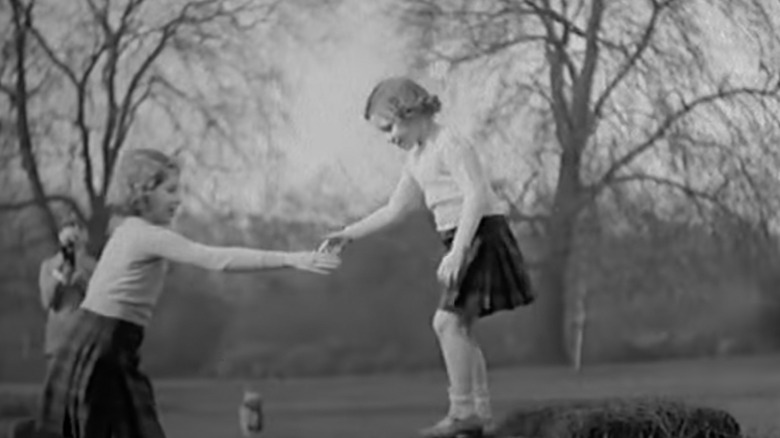 Even though she wasn’t born to be queen (she got the role thanks to her paternal uncle abdicating the job), Queen Elizabeth was still raised like a royal child. Regular schooling wouldn’t do for the future queen; there were no schools entirely up to royal family standards at the time. So, Elizabeth was educated at home by an army of highly qualified teachers, per The Atlantic.

Elizabeth arguably received a better education at home than she would have at any school. Before she even started school, Elizabeth was already fluent in French thanks to her french nanny. She was also educated by prominent teachers like the head of Eton College (a private school attended by most royal boys). She, per The Atlantic, “read most of Shakespeare, ‘The Canterbury Tales’ … Coleridge, Keats … Dickens, Jane Austen” and more. She studied constitutional law and took one-on-one religion classes with the Archbishop of Canterbury, per The Washington Post. When she wasn’t studying history and politics, Elizabeth learned all about royal etiquette from her mother and grandmother.

Given the specificity of Elizabeth’s future role as the Queen of England, it makes sense that she would be given an exceptional education to match. Unlike the rest of us, Elizabeth doesn’t necessarily need to study Algebra II, because it’s not super relevant to leading a global superpower. Similarly, unlike Elizabeth, the rest of the world probably doesn’t need to have a working knowledge of British constitutional law.