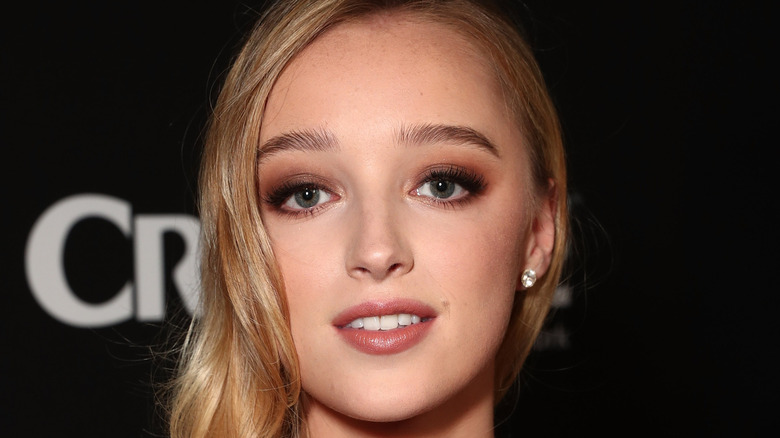 The English actress is only 26 years old as of 2021, and she’s had an insanely impressive TV career already. She’s been acting for over a decade, with her first professional role being a recurring character in the series, “Waterloo Road.” For the next few years, she’s appear in multiple shows like “The Village,” “Snatch,” and “Younger” before landing her big role on “Bridgerton” in 2020 (via IMDb).

In an interview on “The Tonight Show with Jimmy Fallon,” she admitted that after living in LA for nine months, she almost quit acting before her big break. She explained, “I was kind of at that point where I was ready to go home and sort of throw in the towel.” Reportedly, when she got the call for “Bridgerton,” she was already booking a flight home – and then the rest is history.

Outside of her career moves, fans are wondering more about the upcoming starlet, including her past romantic relationships.

Phoebe was only linked to a couple stars before dating Pete 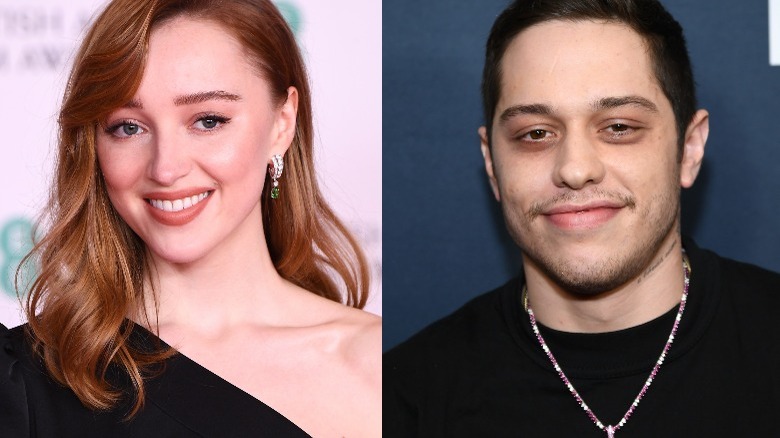 Phoebe Dynevor’s first public relationship was with recruitment executive, Simon Merrill. In a 2014 interview with Express, she went on about their year-long relationship and the travels they embarked on.

“Last year my boyfriend and I went around Thailand, Indonesia and Vietnam. It was amazing. He’s half Thai,” she explained. “And we went to his family’s village. His grandma, aunt and uncle are still there, and it was a really incredible experience.” It’s unclear when they broke up, but WhosDatedWho estimates it to be sometime in 2014.

Her next relationship wasn’t until 2017, when she was linked up with “Skins” star Sean Teale. Rumors started flowing when the pair were seen together at the premiere of “Snatch” in early 2017. Then they posted many photos of one another on their Instagram profiles until the summer of 2017, which led fans to believe that they split (via Elite Daily).

People believed at one point that she was linked to her “Bridgerton” co-star Regé-Jean Page, but both denied that rumor (via You). As of 2021, Dynevor is now dating to SNL star Pete Davidson. Of course it’s good ol’ Pete. While the relationship is still fresh, they seem quite happy with one another. A source shared, (via US Magazine), “He makes her laugh. Pete is a good guy and definitely a charmer.” So it seems the “Bridgerton” star is happily on Cloud 9.