The Ultimate Fighter 29—or, The Return of The Ultimate Fighter: Team Volkanovski vs. Team Ortega—marks the next chapter of the UFC-produced competition reality series, pitting two pro fighters turned coaches in a tournament to launch one of their competitors into the UFC. This season will feature male bantamweight (126-135 lbs.) and middleweight (171-185 lbs.) contenders and will air each Tuesday on ESPN+.

The Ultimate Fighter remains one of the UFC’s most successful productions. UFC President Dana White said the series even helped save the company when, in 2005, the UFC was facing financial strain.

The last time TUF aired was back in 2018. The coaches for this season, reigning featherweight champion, Alexander Volkanovski, and current challenger, Brian Ortega, were actually supposed to meet at UFC 260 this March. The fight was canceled due to Covid-19 protocols. We’re not sure yet when the two will get to square off.

For TUF 29, however, the featherweights are competing with their coaching skills as they hope to advance a fighter on their team through a tournament style competition and into the UFC. Each coach will have four fighters in each weight class for a full team of eight. At the end of the competition, one from each weight class will be declared victor.

Here’s who will be fighting and competing for that shot at the UFC in TUF 29. 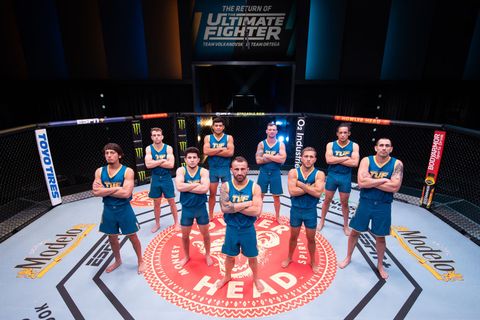 Winning the toss, Volkanovski had the first overall pick and went with Mitch Raposo. Raposo is both one of the younger fighters at 22 and also one of the smaller bantamweights. Still, he has a perfect record in his fight career and has been training full time for almost half his life.

Volkanovski’s first middleweight pick was Ryder Newman, another smaller guy in his weight class. Newman, however, has an exceptional wrestling background and made Team USA. He had before competed in welterweight, and so will be fighting a little heavier.

Here’s the rest of team Volkanovski: 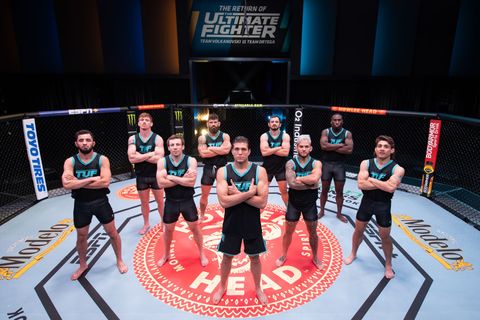 Despite being chosen sixth by Ortega, Miles Hunsinger is, for some, the favorite to take the middleweight victory. Though, we should also watch out for Tresean Gore as the potential dark horse in this fight. Either way, Ortega has a strong team of middleweight contenders.

On the other side, many UFC fans may recognize bantamweight Vince Murdock, who signed for the UFC but was unable to make his debut due to a brain injury. He’s back for another shot.