Tom Brady is celebrating some important ladies in his life. In honor of Mother’s Day, the football icon shared special messages of appreciation for his wife, Gisele Bundchen, and his ex, Bridget Moynahan.

Brady took to Instagram on Sunday to share a sweet message for his lady love, alongside a black and white family photo.

“Happy Mother’s Day @gisele. You love us and support us like no other. Have a special day! ❤️❤️,” Brady captioned the photo.

In the pic, Brady and Bundchen are standing on the beach in swimwear, along with their kids — 11-year-old son, Benjamin, 8-year-old daughter Vivian, and Brady’s 13-year-old son John, whom he shares with Moynahan.

Brady also shared a special tribute to his wife on his Instagram story, posting a snapshot of Bundchen laying with Benjamin and Vivian.

Brady honored his wife in the pic, calling Bundchen, “My numero uno.” 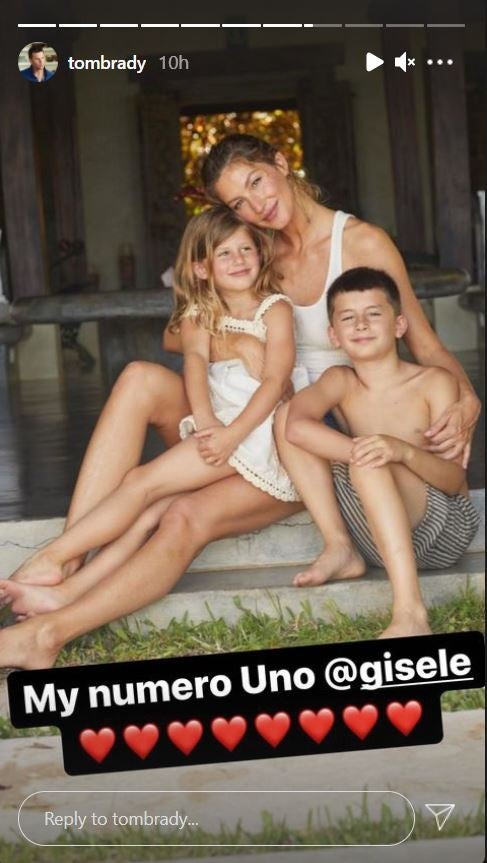 Later, he also shared a Mother’s Day message for Moynahan with another pic posted to his story, which showed himself and Bundchen standing alongside his ex, with John between them, as they all smiled for the camera. 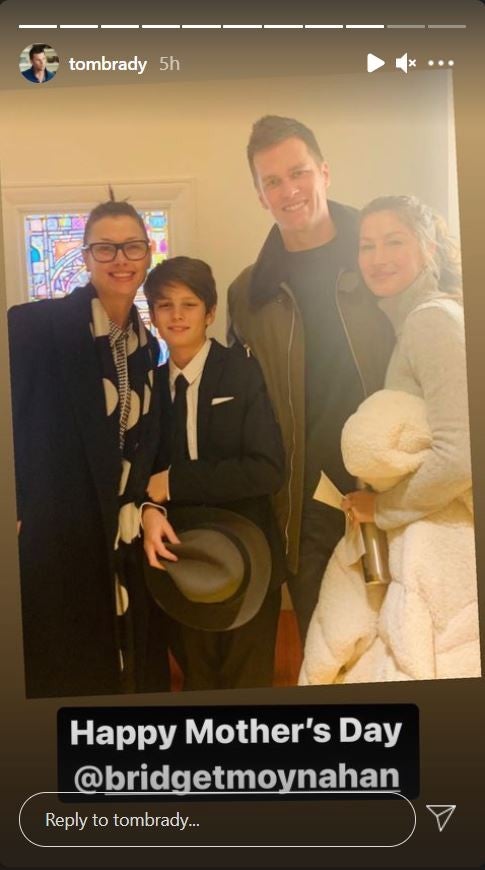 Bundchen shared a supportive post for Moynahan as well, sharing a photo of the actress — as well as their mutual friend Jody Joynes — which she captioned, “Happy Mother’s Day to these super moms!”

Brady and Moynahan are on good terms after their split in 2006, when the pair called it quits while the actress was pregnant with their son. Brady moved on with supermodel Gisele Bundchen that same year. Brady and Bundchen have been married since 2009. Meanwhile, Moynahan married businessman Andrew Frankel in 2015.

Moynahan opened up about co-parenting with Brady more than a decade after their split in her 2019 book, Our Shoes, Our Selves.

“Tom and I made a decision to raise a child together and we both found partners that not only supported us in raising that child, but also loved our child as if he was their own,” Moynahan said at the time. “I don’t think you can ask for more than that. My son is surrounded by love.”

Last April, Brady also talked about finding out Moynahan was pregnant after he just started dating Bundchen during his appearance on Howard Stern’s SiriusXM show.

“We all made the best of the situation and fortunately, he’s the most amazing son,” he said about his and Moynahan’s child together. “My son, Jack, is like, my heart explodes when I think of him. He’s the greatest kid I could ever ask for.”

For more on Brady’s blended family, check out the video below.