The two reality stars shared the luxurious kicks on their Instagram Stories this week, thanking Vanessa for the coveted shoes. The “Grinch” sneakers, which retail anywhere from $130 to $180 on sites, aren’t available to the public until Christmas Eve. Resale sites are even attempting to sell the neon sneakers for more than $1,700.

Kim posted a snap of the sneakers, along with fire emojis, while Kris wrote, “OMG thank you @Vanessabryant I’m screaming. Love my Kobe’s!!!”

Los Angeles radio personality Patty Rodriguez also showed off the pair she got from Vanessa.

“Mamba Forever,” she captioned the pic.

The original Nike Kobe 6 “Grinch” sneaker was first released on Christmas Day in 2010, per Footwear News. The late NBA icon first wore a pair in a 2010 game between the Los Angeles Lakers and the Miami Heat. 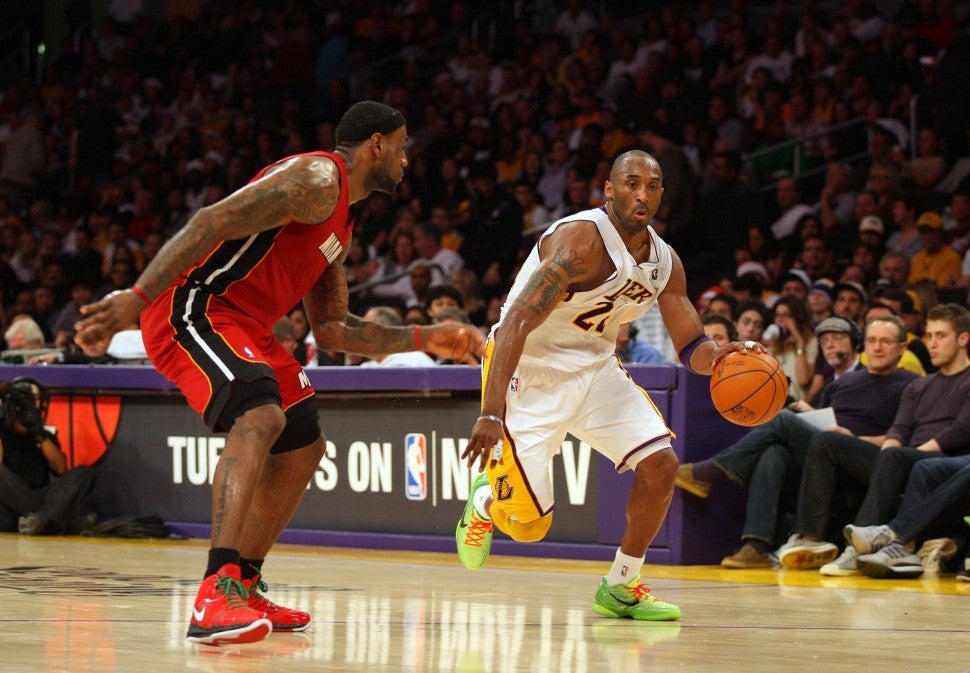 Earlier this month, Vanessa remembered the loved ones we’ve lost in 2020, including her husband and their 13-year-old daughter, Gianna Bryant, during the TIME Person of the Year presentation.

“Words cannot do justice to the grief we felt this year. At every level of human connection from across the world to across the table, we experienced profound loss,” Vanessa expressed during a pre-recorded message that played as an introduction to the In Memoriam segment. “We said goodbye to husbands, daughters, wives, sons, grandparents, friends and national heroes.”

“We continue to count the lives surrendered to this cruel pandemic, which has claimed well over a million souls, worldwide,” she continued. “Tonight, we mourn the people we all knew and the many we never will. May our collective grief unite us on the path forward.”

For more on the Bryant family, see below.