Brandy and Monica’s long-awaited Verzuz battle was one for the history books. The two R&B divas came together and met face-to-face for the first time in nearly a decade at Tyler Perry Studios in Atlanta, and ran through three hours of their biggest hits while reminiscing on the past.

Brandy and Monica’s Verzuz battle was a long time coming

While Verzuz is positioned as a competition between two artists about who can “win” by having more hits, it’s all in good fun. Verzuz first started as a way for artists to connect with each other and with their fans via social media as the COVID-19 pandemic kept them all locked up at home.

Brandy and Monica’s Verzuz battle, however, had a different bit of context that every other faceoff didn’t have. In the 1990s, Brandy and Monica were R&B’s newest it girls, each with their own unique sound and career trajectory. They came together to create their smash single “The Boy is Mine” in 1998, which went on to sell millions of copies and became both singers’ first Billboard No. 1 hit.

“The Boy is Mine” was Brandy and Monica’s biggest hit together, and it was also their biggest point of contention. Both singers struggled for attention and the spotlight, and it eventually came to a head at the 1998 MTV Video Music Awards when Monica punched Brandy backstage. 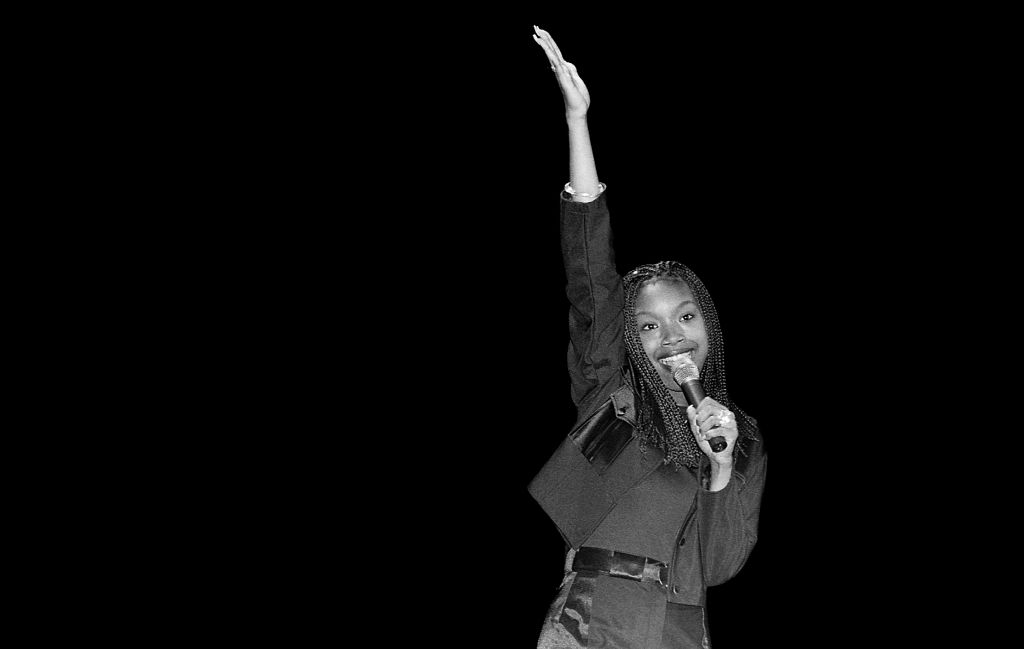 Brandy and Monica played some of their greatest hits

The nostalgia was real from the beginning of Brandy and Monica’s Verzuz session. The two singers ran through so many selections from their catalog, starting with their debut singles all the way up until the music they’ve recently released.

When Brandy dropped the remix of her debut single “I Wanna Be Down” with Queen Latifah, MC Lyte, and Yo-Yo, Latifah herself was chiming in in the comments. In response, Monica played her debut: 1995’s “Don’t Take It Personal (Just One of Dem Days).”

Brandy gave us hit after hit, including classics like “Full Moon,” “Baby,” “Best Friend,” and “Sittin’ Up in My Room.” Monica didn’t hold back either as she ran through songs like “So Gone,” “Like This and Like That,” “Angel of Mine,” and “For You I Will.”

Even though Brandy took us back to the ’90s with her songs, there was one song from that time that she couldn’t play in the battle for legal reasons: the theme song of her beloved sitcom Moesha, now streaming on Netflix.

Parts of the Moesha theme song were mixed in to the end of “Best Friend,” and Monica was ready to watch Brandy turn the party with the song. It was quickly cut short when Brandy said she can’t play the song because of “business reasons.”

“Business is always in the way of something!” Monica regrets, to which Brandy replied “You trying to get sued on Verzuz?”

Monica then turns to the camera to tell all the fans watching that she tried to get Brandy to do the fan-favorite song. “I was trying to get it for y’all and I was gonna sing it with her because it’s Mo and Mo,” Monica admits, “but business is business.”