Wendy Williams has interviewed dozens of celebrities throughout her career.  However, her radio discussion with Whitney Houston is one of the most talked-about conversations of the personality’s career. In her 2009 memoir, Wendy’s Got the Heat; the host revealed why she thought the exchange with the “I Will Always Love You” singer wouldn’t happen. 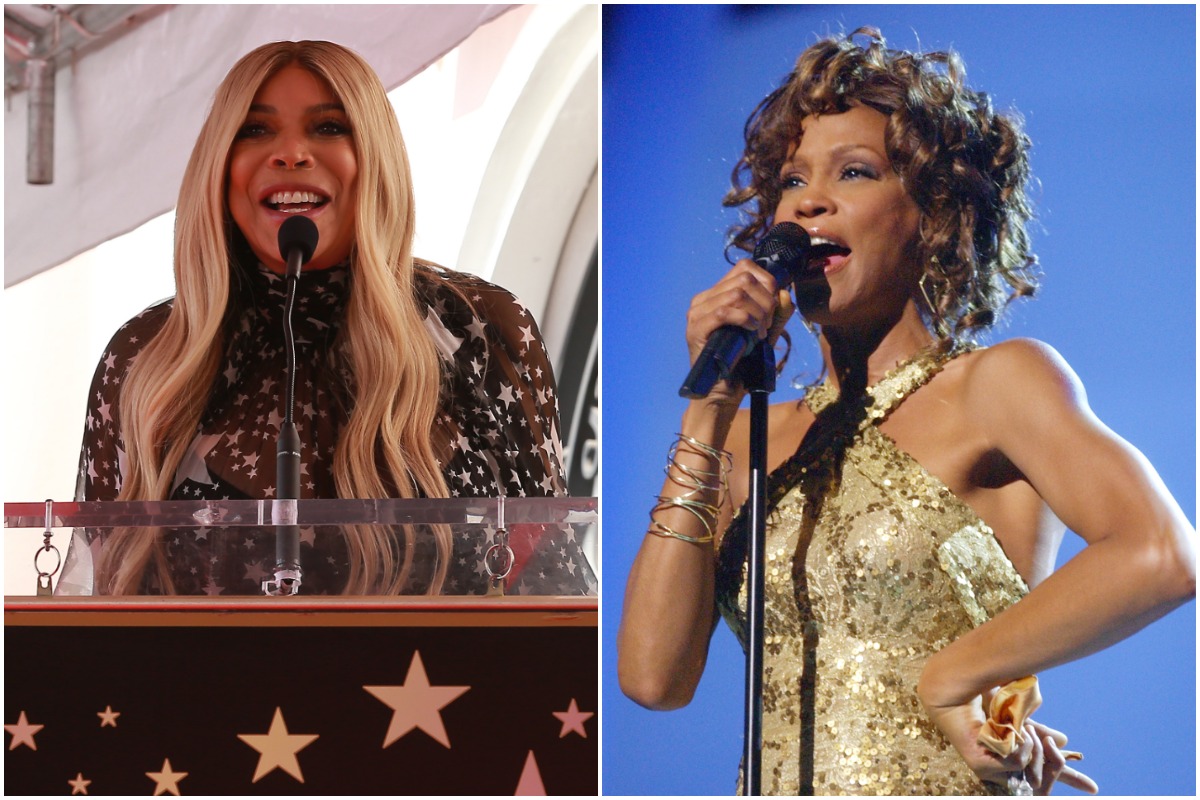 Before starting The Wendy Williams Show in 2008, Williams was a radio personality in New Jersey and New York. During that time, the Northeastern University graduate dished on celebrity news through her popular “hot topics” section. As Williams got her start in the radio industry, Houston’s fame began to rise. Following the success of her second studio album, Whitney, the singer, started touring worldwide. She also won Grammy awards for her songs “Saving All My Love For You” and “I Wanna Dance with Somebody.”

Like many celebrities of the ‘80s and ‘90s, Williams discussed Houston’s life offstage. She frequently talked about who the singer was reportedly dating at the time. Additionally, the former radio jock reported on Houston’s marriage to Bobby Brown and the couple’s alleged drug use and seemingly erratic behavior in public. However, Williams and her team reached out to Houston for an interview. In her memoir, the Masked Singer alum wrote that she didn’t get her hopes up, although she hoped the discussion would happen.

“She [Houston] was supposed to call me on a Friday afternoon around four during my show,” Williams wrote. “She was to call from Miami, where she was promoting her album, Just Whitney, which wasn’t doing too well. I didn’t hold my breath because, quite frankly, during this period, Whitney Houston wasn’t the most reliable person.”

While Williams had her doubts about securing an interview with Houston, the “Exhale” singer kept her promise and called into her radio show in 2003. They had a tense conversation as the singer voiced her frustrations over the host’s reports about her personal life. Williams, however, continued to ask Houston about Brown and how their alleged drug use affected their daughter, Bobbi Kristina.

Throughout the interview, The Bodyguard actor continued to yell obscenities at Williams. Additionally, Houston started to threaten Williams during their interview. In one clip, she said the host was “lucky” they weren’t in her hometown of Newark so that they could fight. Williams said that she wasn’t surprised by Houston’s “nasty” behavior during their interview.

“I expected Whitney to be cursing and name-calling and carrying on,” she wrote. “I prepared for that.”

What Wendy Williams did to keep the interview going

Because of Houston’s past reports, Williams said she had a feeling that their interview wouldn’t last long. So, she said she made a small change to keep the conversation going. In Wendy’s Got the Heat, the daytime Emmy nominee said she recorded the singer to air the interview in its entirety.

“When a guest doesn’t want to continue with an interview, they usually will start cursing,” Williams explained. “They know that on the radio that’s a big no-no and cursing will usually result in the end of the interview. But by taping it (unbeknownst to her), I was able to have my engineer edit all of that out without ending the interview, and we were able to play it the next day in all its glory.”

At the end of their interview, Houston and Williams agreed to meet in-person. However, the host shared on The Wendy Williams Show that they never kept their plan to connect before the “When You Believe” singer died in Feb. 2012.

How to get help: In the U.S., contact the Substance Abuse and Mental Health Services Administration helpline at 1-800-662-4357.