Khloe Kardashian has never had an easy time at love. Of all the Kardashian sisters, Khloe’s romantic life has definitely been one of the messiest. One of Khloe’s earliest storylines involved her catching her then-boyfriend cheating on her. Then she fell madly in love with Lamar Odom and married him after just a few months of dating. Soon enough, the news broke that Odom had repeatedly cheated on Khloe as well.

Fast forward a few years, and Khloe found love again with Tristan Thompson. Soon enough, they were expecting their daughter True. That’s when things got really bad. Just as Khloe went into labor, a video began to circulate of Thompson getting very cozy with another woman. Remarkably, they worked it out, but a few years later, Thompson was once again embroiled in a cheating scandal, this time with Kylie Jenner’s (former) BFF, Jordyn Woods.

Yet again, they worked it out, and were even rumored to be engaged, until this spring that is, when Thompson was accused of cheating by yet another woman, per Page Six. Khloe dumped him, and this time it seems like it might be for good, but is it? Let’s find out.

Khloe Kardashian is over it 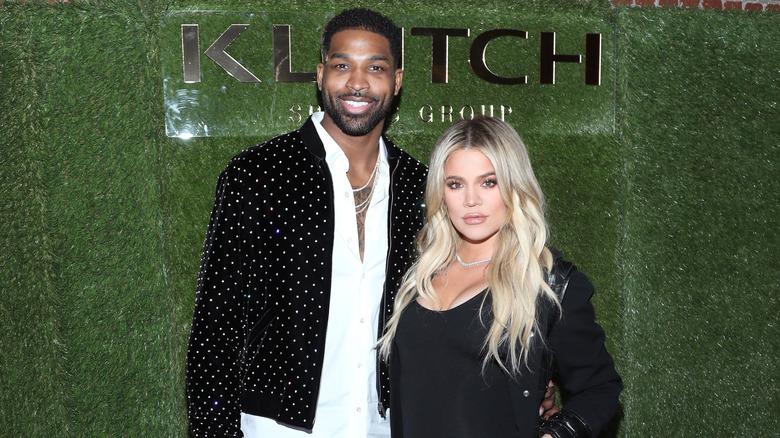 In terms of reconciliation between Khloe Kardashian and Tristan Thompson, things aren’t looking good. “Khloé is frustrated and disappointed,” a source told People after news of their latest breakup hit the stands. “She really trusted Tristan and felt he was making a genuine effort. She hates that she was wrong about him again.” The source added that Khloe “is trying her best to move on,” after The Daily Mail reported that Thompson was spotted partying with various women earlier in June. “She doesn’t ever want to be in this position again,” the source added. “She is done falling for Tristan’s empty promises.”

Khloe’s decision to walk away from the relationship for good came after years of heartache and blind trust from the reality star. “The ups and downs with Tristan were always very frustrating for Khloe,” the source told the outlet. “She has worked so hard to trust Tristan.”

Despite the split, Khloe is still interested in having more children with Thompson via surrogate, even though the process has not been easy. “It’s a lot to do with COVID,” Khloe shared, per People. Otherwise, she is ready to move on from the romantic part of her relationship with Thompson and focus on co-parenting. “[They] are trying to be on good terms,” the source said.” Khloe will do what’s best for True.”