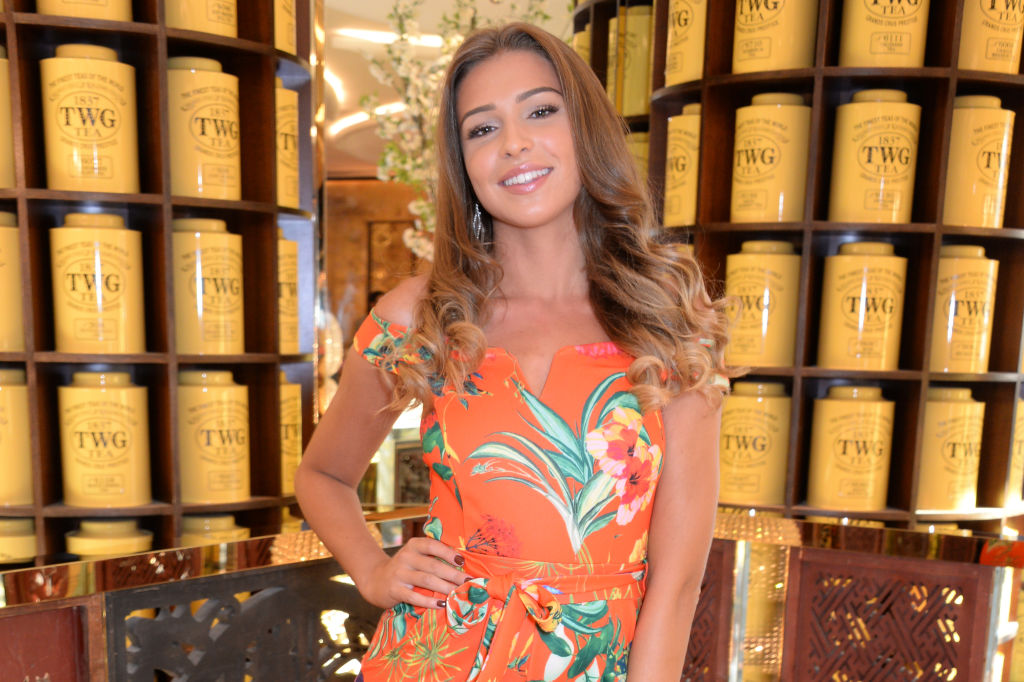 The Love Island star has campaigned against image based sexual abuse over the past few years, after intimate pictures she had sent to a then-boyfriend were shared without her permission following her stint on the ITV2 show.

Zara was bullied when she was at school due to her scholastic aptitude and her looks, and a classmate, who was not her boyfriend, pestered her for weeks to send him naked pictures, saying: ‘Please Zara, please do it. It will make me like you more.’

In an attempt to be liked, Zara, then 14 years old, sent a nude picture to the boy.

She told the Times: ‘I honestly thought that if I took the picture, it would make him like me, and want to be with me, and I saw it as a way to prove myself to him.’

By break time the next day, the picture had been circulated around the school, and soon reached students at neighbouring schools.

The image was shared with Zara’s 11-year-old brother, and her mum, who worked in the school’s food tech department, was told that she should be ashamed.

Zara said her relationship with her peers ‘never recovered’, and that she considered suicide because of the shame.

While the boy who shared the image was let off ‘scot-free’, Zara was suspended from school, and was given a talk by the police about having created child pornography.

She said: ‘People don’t realise when something like this happens, it affects the whole family.

‘My teachers just washed their hands of me. Drilling it into me, constantly blaming me. Do you know what that does to a young girl?’

Zara discusses the incident a new documentary for BBC Three, as she explores the trauma that image based sexual abuse can cause and how prevalent it is among young people.

A statement from her old school, Coopers’ Company and Coborn School in Upminster, said: ‘The leadership at Coopers’ Coborn is saddened to hear about Zara’s experience. We have considerably different senior leadership and safeguarding teams in place now.

‘We now have specific policies for peer on peer abuse and clear procedures for sexting incidents. We can outline in the strongest possible terms that if the situation occurred in 2020 or beyond, it would be handled differently.’

The Made In Chelsea star, however, admitted that she was angry that their statement in response to the documentary didn’t include an apology.

While Zara says that her experiences have made her think sending intimate images is not worth it, she wants teenagers to be taught how to sext safely in addition to having safe sex.

Zara, who is dating Sam Thompson, said: ‘If you are going to do it, make sure you are anonymous, no face, nothing identifiable in the picture. I don’t want to shame anybody.’

This comes as government ministers are expected to back an amendment to the Domestic Abuse Bill, which would make the ‘intent to share intimate images’ an offence.

A survey commissioned by Refuge previously found that one in 14 adults in England and Wales had experienced threats to share intimate images or videos.

The survey suggested that threats to share intimate images are most prevalent among people aged 18-34, with one in seven young women experiencing such threats.