Zendaya let her outfit do the talking at the premiere of Space Jam: A New Legacy! The star hit the red carpet Monday night in a brightly-colored Moschino look influenced by her character in the film, Lola Bunny.

When asked about her ensemble, Zendaya told ET the colorful co-ord was “inspired by Lola.” She wore her hair up in a side-swept ponytail and kept the rest of her look simple, opting for a red lip and white pointed-toe heels. 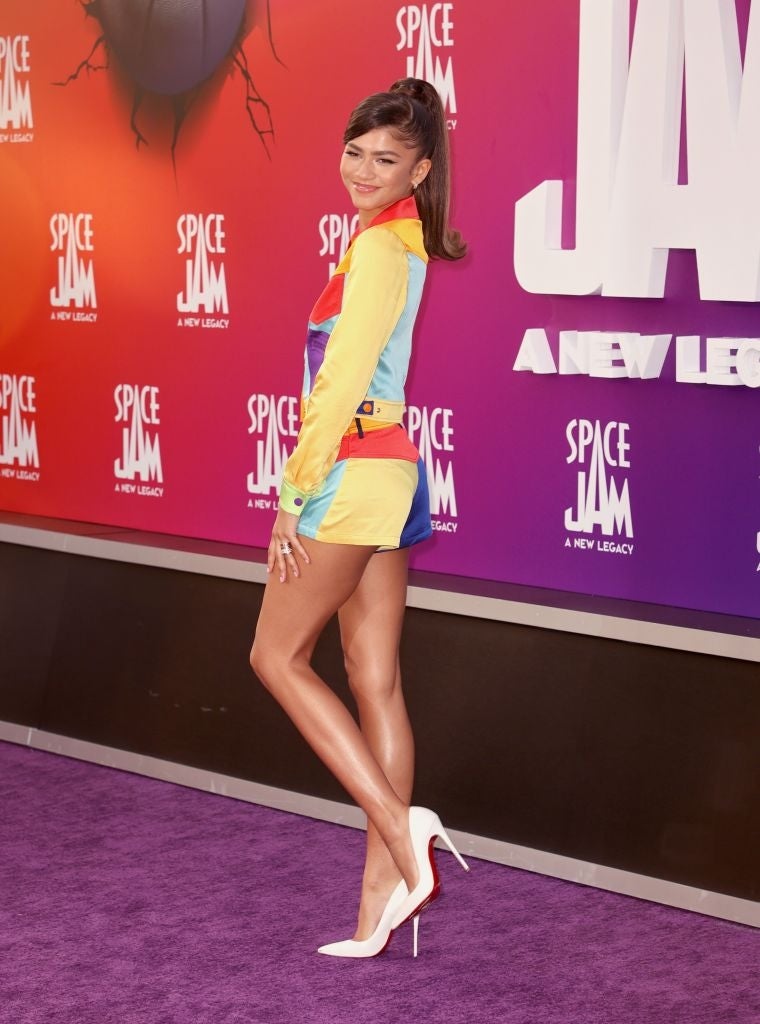 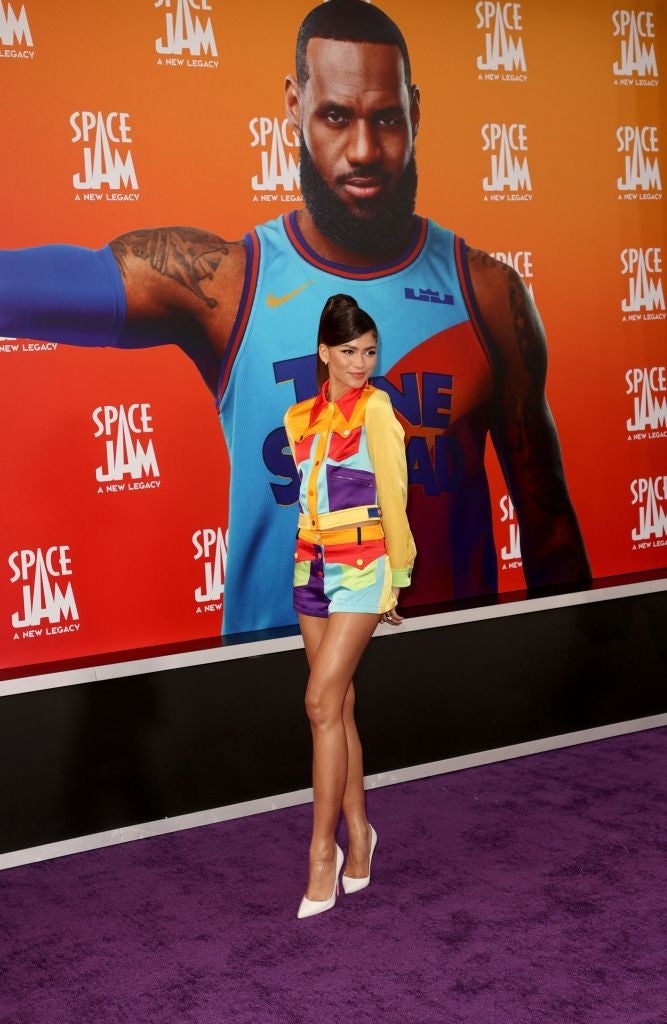 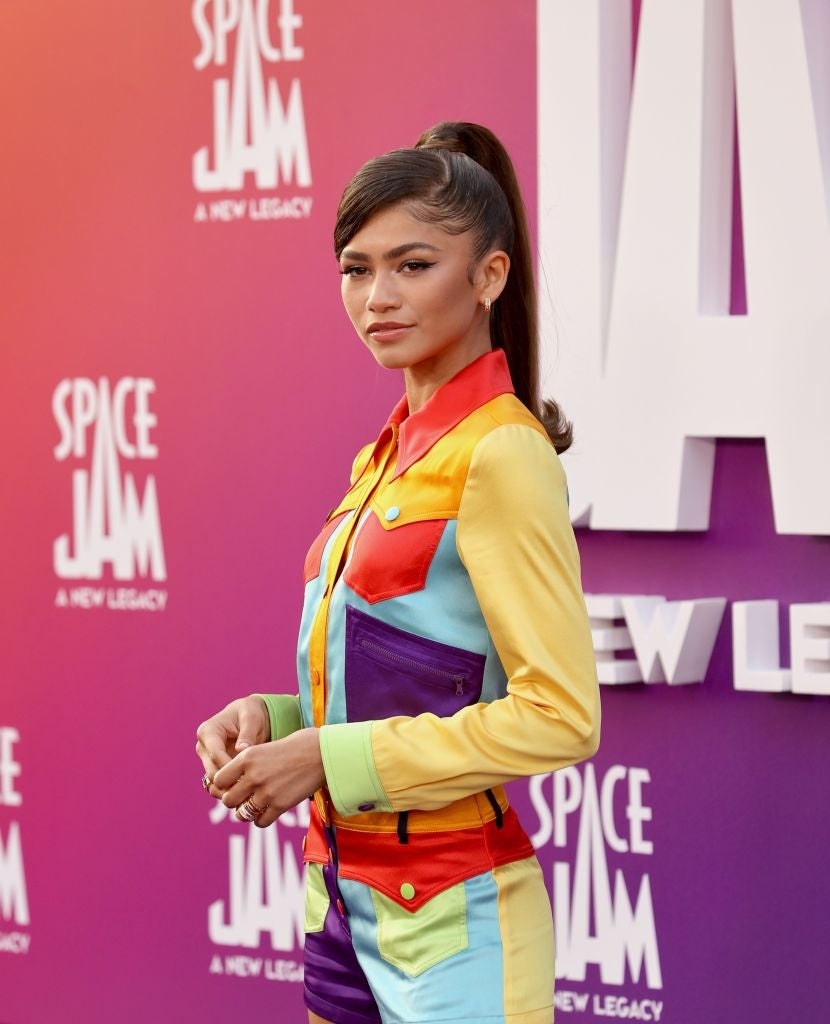 Zendaya posted the look on her Instagram Story as well, showing off an embroidered blue face mask that featured a sequined basketball, which the EMMY-winner said was made by her mother.

The 24-year-old actress stars opposite LeBron James, Don Cheadle, and Sonequa Martin-Green in the new Space Jam movie. Zendaya talked to ET’s Kevin Frazier earlier this month about voicing the iconic role of Lola Bunny and what to expect from the re-imagined sports classic.

The sequel follows James as he’s thrust into a digital space known as “The Serververse,” where he has his son taken away by an evil algorithm known as Al-G Rhythm (Cheadle). There, he’ll team up with the Looney Tunes, competing in basketball against the algorithm’s Goon Squad, to get his son back.

Zendaya called the experience “very cool,” mentioning that she got a call from producer Ryan Coogler to take on the role.

“He was like, ‘We’re doing this new version of Space Jam and we’re doing it with LeBron and we’d love for you to be our Lola. Kind of re-imagine what the character represents, this new chapter of this film and who she is, and we’d love for you to be a part of it,'” she recalled. “And obviously I was honored to say the least. I kind of grew up with the film because both of my parents are basketball players…I think I was born the year it came out. I think I was a couple months old.”

Space Jam: A New Legacy arrives in theaters and HBO Max on July 16.

Zendaya Joins 'Space Jam: A New Legacy' as the Voice of Lola Bunny 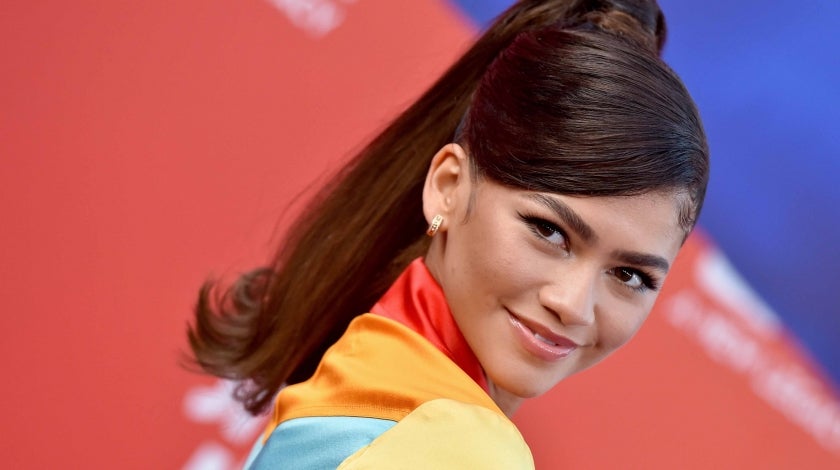