Tombstone dating back 1,400 years with the inscription ‘Blessed Maria, who lived an immaculate life’ in ancient Greek is discovered by staff of a national park in Israel

A tombstone dating back more than 1,400 years ago was uncovered accidentally by a park worker in southern Israel clearing a nature trail.

The stone, dated to the late 6th or early seventh century, is inscribed in Greek and reads ‘Blessed Maria, who lived an immaculate life,’ with her death date listed as February 9.

The 10-inch round stone was originally found at Nitzana National Park in the Negev desert, near the border with Egypt.

The area was a major Christian development at the time of Maria’s death and archaeologists believe she would have part of the upper class.

First excavated in the 1930s, Nitzana is considered a key site in the transition between the Byzantine and the Early Islamic periods in the Levant. 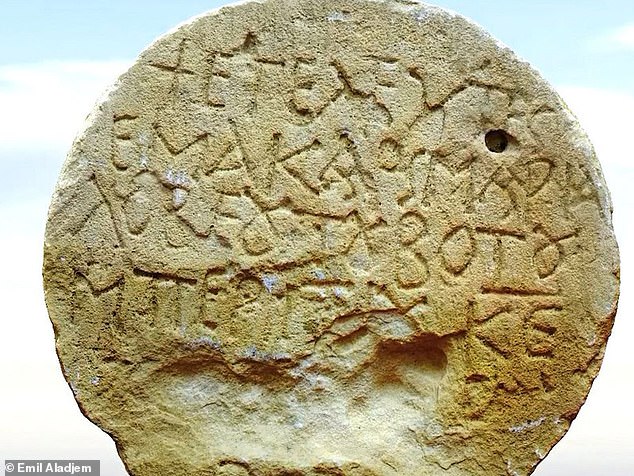 The inscription, in Greek, reads ‘Blessed Maria, who lived an immaculate life,’ with a death date listed as February 9

The worker who found the marker was employed by the Israel Parks and Nature Authority as part of Project 500, which finds jobs for people economically impacted by the pandemic.

They left it at a path head, where it was discovered by David Palmach, director of the Nitzana Educational Village.

Realizing it bore an inscription, Palmach photographed the artifact and took it for safekeeping before contacting authorities. 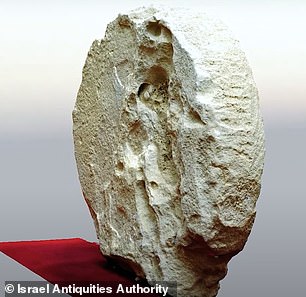 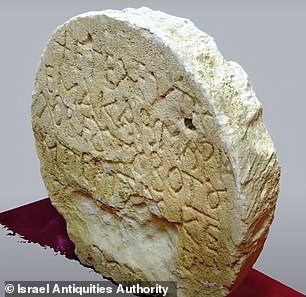 It’s believed the woman, Maria, was Christian and a person of status.

‘During the fifth and sixth centuries CE, Nitzana acted as a center for the villages and settlements in the vicinity,’ said Tali Erickson-Gini of the Israel Antiquities Authority.

The tombstone would have been used in one of the Christian cemeteries surrounding the ancient settlement, according to Erickson-Gini.

Today, Nitzana is home to an educational environmental village, where international students learn about ecology, history and culture.

But it was founded in the first century BC as a road station on a major trade route and was inhabited intermittently for about 1,300 years. 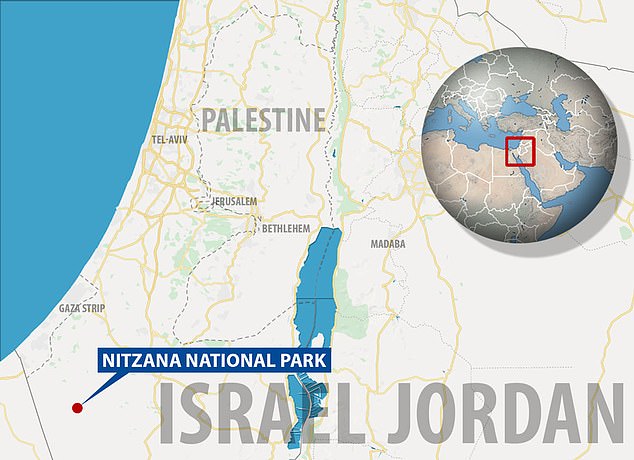 Located in the Negev desert near the Egyptian border, Nitzana is considered a key site in the transition between the Byzantine and the Early Islamic periods 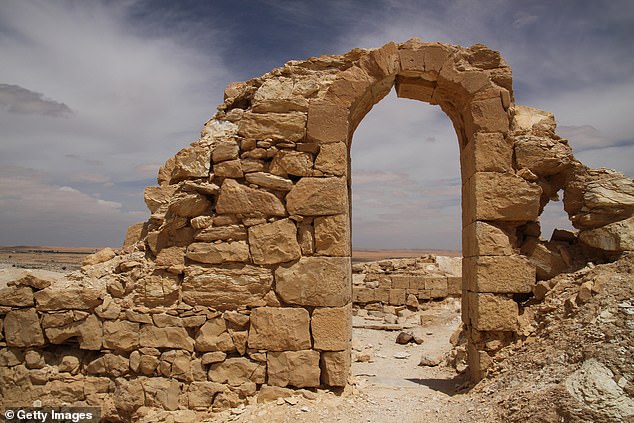 Nitzana was founded in the first century BC as a road station on a major trade route and was inhabited intermittently for about 1,300 years. At the time of Maria’s death, it was a major Christian settlement, with churches, a fortress,  a monastery and a way station for Christian pilgrims

By the fifth and sixth centuries, Nitzana had churches, a military fortress, a monastery and a way station for Christian pilgrims heading to Santa Katarina, the supposed site of Mount Sinai.

A plague and a volcanic winter during the sixth century may have devastated the area’s Christian communities, according to Smithsonian magazine, leading to Islamic settlement in the seventh century.

Nitzana was eventually abandoned in the 10th century and its name forgotten until archaeological excavations in the 1930s unearthed a trove of papyrus detailing church, family and military records.

The archive bore the name ‘Nessana.’

Burial artifacts such as this stone have been uncovered in subsequent excavations.

‘Unlike other ancient towns in the Negev, very little is known about the burial grounds around Nitzana,’ said IAA archaeologist archaeologist Pablo Betzer.

‘The find of any inscription such as this may improve our definition of the cemeteries’ boundaries, thus helping to reconstruct the boundaries of the settlement itself, which have not yet been ascertained.