Deforestation, illegal wildlife trade and unsustainable agriculture are the main causes for the crisis and are also contributing to the emergence of zoonotic diseases like COVID-19, according to the long-running Living Planet report from World Wide Fund For Nature. 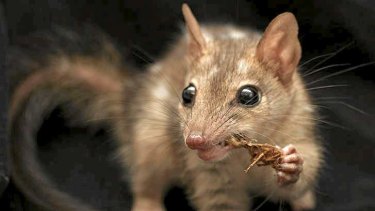 Globally, climate change has not been the most important cause of the loss of biodiversity to date, yet in coming decades it is projected to become as important, or more, than the others, the report finds.

In Australia, climate change, habitat destruction and feral species have taken a heavy toll on native animals. Australia has the highest rate of vertebrate mammals extinction in the world.

The Bramble Cay melomys, a species of rodent that lived on an isolated coral cay on the Great Barrier Reef, features in the report as the first known mammal extinction to be directly linked to climate change.

The rodents were first seen by Europeans on the island in 1845 and there were several hundred there in 1978. But in the last two decades, their habitat – the part of the island that sits above high tide – has shrunk due to the rising sea level. They were declared extinct in 2016. 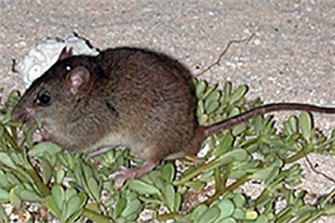 The disappearance of the Bramble Cay melomys is the first known mammal extinction to be directly linked to climate change.Credit:State of Queensland

"It will … remain immortalised as a stark reminder that the time to act on climate change is now," the authors of the report write.

The study draws data from the Zoological Society of London, including statistics on more than 1100 Australian populations, all of which show declines.

The spread of cane toads to the Northern Territory has reduced the size of some freshwater crocodile populations by almost 80 per cent, goannas by up to 97 per cent and the northern quoll by 75 per cent, the report finds.

In West Australia's Fitzgerald River National Park the rare ground parrot has not been heard calling since 2008. 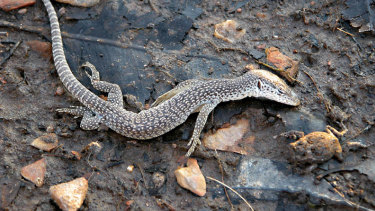 A dead spotted tree monitor lizard next to a cane toad in the Northern Territory.

"We're facing an extinction crisis and tragically Australia has played a role in this loss," said Dermot O’Gorman, the head of the World Wide Fund for Nature in Australia.

Last week, the Morrison government used its numbers to pass a bill through the lower house that would give state governments control of major project assessments under the Environment Protection and Biodiversity Conservation Act. 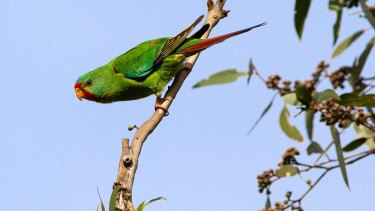 The swift parrot, one of the most critically endangered animals in Australia. Credit:Ken Griffiths

But it came under fire from Labor and green groups for its omission of national standards that would ensure states did not weaken environmental protections.

The WWF report also offered up some positive examples. Following the creation of a marine protected area at the Ashmore Reef in Western Australia, the abundance of grey reef sharks increased by more than 360 per cent between 2004 and 2016.

"The bushfires were a wake-up call to Australians. We must seize this moment," Mr O'Gorman said.

"We can regenerate our country, we can recover species, we can tackle climate change and manage our landscapes with sustainable farming. But it's going to take a long-term vision."

Globally, freshwater biodiversity is declining far faster than it is in oceans or forests. Plant extinction risk is comparable to that of mammals and higher than for birds.