They see me rolling! Woman makes her way to Morrisons in a Zorb ball to maintain social distance while shopping for a bizarre prank

With the UK on its third day of lockdown, people are taking extra precautions while getting out of the house.

But one woman from Herne Bay, Kent, shocked shoppers by leaving her house in a Zorb ball for a prank that saw her rolling her way to the supermarket.

As she arrived at her local Morrisons, bewildered shoppers stopped in their tracks to stare as she rolled through the aisles, while a companion picked items for her from the shelves. 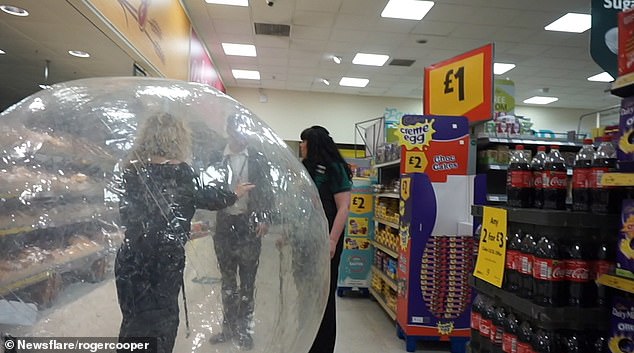 A woman from Herne Bay, Kent, shocked shoppers by leaving her house in a Zorb ball, and rolled her way to the supermarket in a possible prank (pictured) 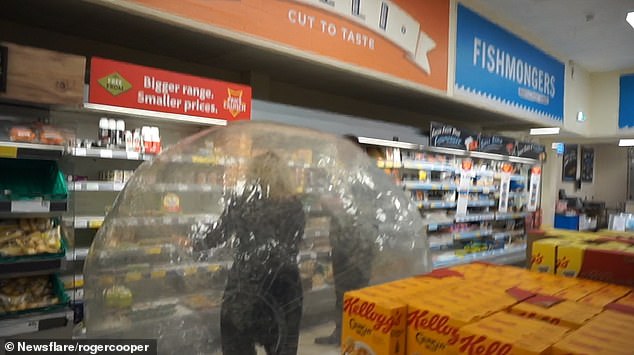 The video, captured on Monday 23 March, showed the woman rolling in the street in the large transparent ball, on her way to the shops.

The woman then confidently entered the Morrisons store as shoppers stopped in their tracks to watch her go.

After a few moments, a member of staff quickly intercepted the woman and asked her to leave.

She was then escorted out by the same member of staff and the store security guard while she was still in her zorb ball. 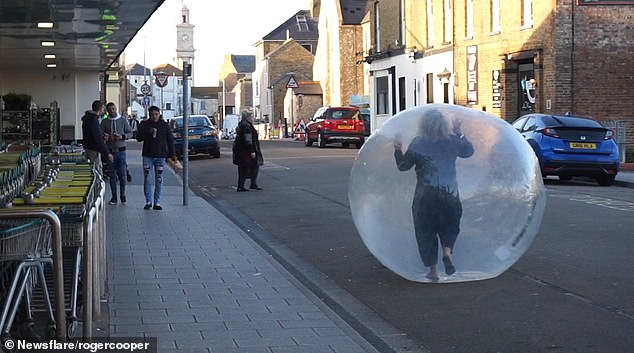 The prank came as the UK’s lockdown continues amid the coronavirus pandemic.

On Wednesday, that UK recorded 43 coronavirus deaths within the past 24 hours compared to 87 on Tuesday, but new infections increased by a record 1,452 to 9,529 as Britons continued to flout the lockdown.

In contrast, eighty-seven infected Brits died the day before. Despite the death rate falling by half, the country saw a record spike in cases on Wednesday, with 1,452 more patients known to have caught the deadly virus, bringing the total number of cases to 9,529. 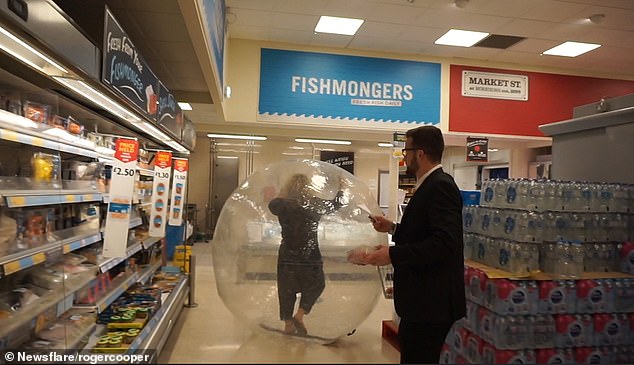 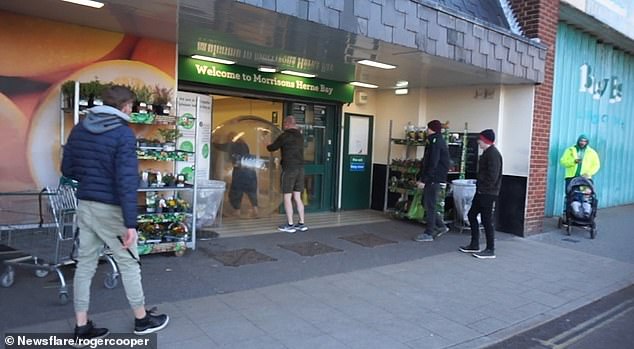 Shoppers could not believe their eyes as the woman rolled into the store, advancing in the ball (pictured) 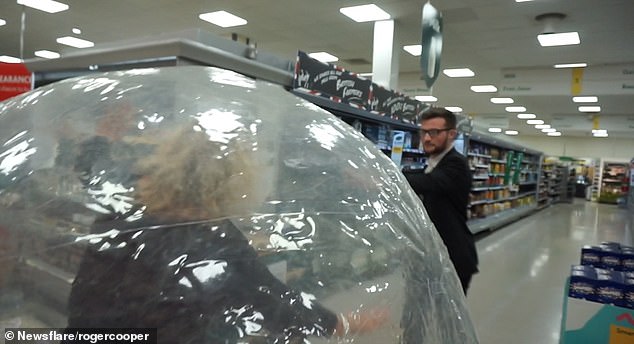 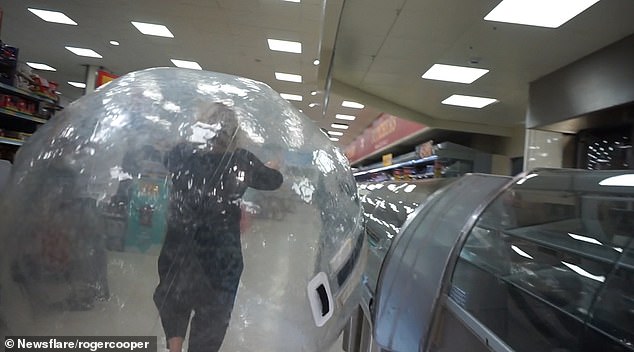 People have been asked to observe a lockdown in order to curb the spread of the covid-19 pandemic (pictured: the woman rolling in the store)