Absolutely not! Adam Levine set the record straight that his wife, Behati Prinsloo, is not pregnant with baby No. 3.

“No, she’s not currently pregnant,” the Maroon 5 frontman, 41, told Howard Stern on Thursday, April 2. “I think if I asked her to have another baby right now she’d punch me in the f–king face.”

The model, 31, sparked rumors last month that she was expecting their third child when she posted a blurry Instagram photo that some of her followers believed to be an ultrasound. 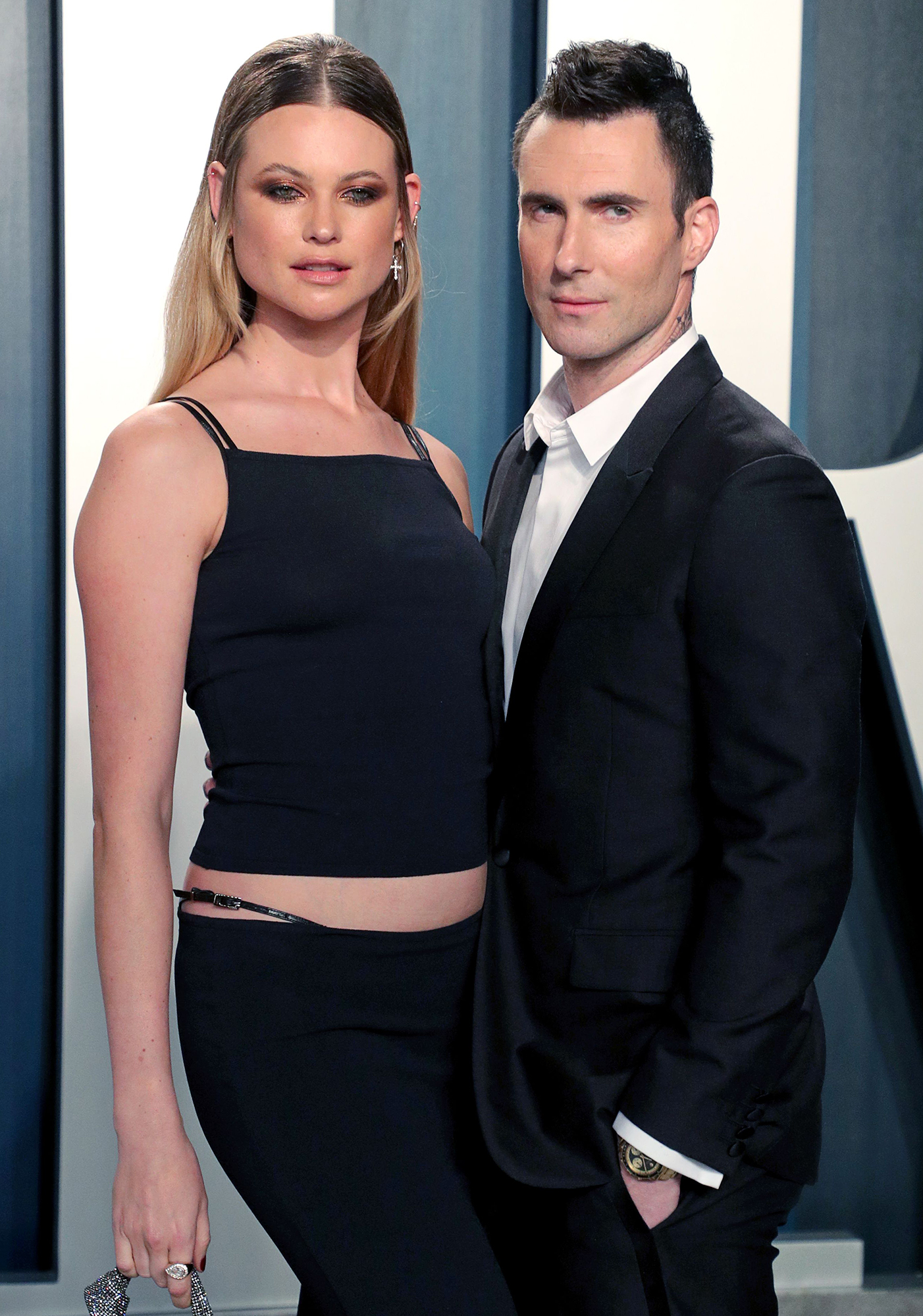 A source confirmed to Us Weekly exclusively at the time that the Victoria’s Secret Angel was not expecting, saying that one of her and Levine’s daughters — Dusty, 3, and Gio, 2 — posted the picture on accident from her phone.

Prinsloo did not delete the post, but changed the caption to read, “Guys. This is not an ultrasound lol. Dusty got hold of my phone and somehow posted this picture from my photo library. I thought it was weird and cool and left it up. But everyone is now congratulating me on my 3rd pregnancy. It’s a close up of my black and white splatter sweat pants!”

The South African model wants to have “so many” babies with the former Voice judge, she captioned her July 2018 Instagram Story.

Five months later, Prinsloo told Us exclusively that she “eventually wants” another little one to join their brood.

“I definitely would want to try for a boy, but if I have all girls, I’ll be happy,” she said in December 2018. “I definitely want these two to grow up a little more and experience the two of them together before I do another one, but I think there are more in the future for sure.”

Prinsloo and the Grammy winner wed in July 2014 in Mexico and welcomed Dusty two years later. Gio arrived in 2018.

The “She Will Be Loved” singer is “stricter” than his wife, she told Us prior to her second child’s arrival. “I thought I was going to be the strict one,” Prinsloo admitted. “He’s, like, very about not … creating bad habits, which I’m like, ‘I see that.’ He’s like, ‘You can’t show her TV when she has breakfast every day because she’s gonna want that all the time.’ And I’m like, ‘Oh, yeah, you’re right.’ He’s actually really strict.”