Adele turned heads at Game 5 of the NBA Finals for her seatmate and her style.

The Grammy winner sparked dating rumors by sitting next to NBA agent Rich Paul at the game — while wearing a chic velvet cow-print coat by Vivienne Westwood from the designer’s Autumn/Winter 2020/2021 collection.

The star, who kept the rest of her look simple with a black top and slim-cut black pants, accessorized with a glamorously sky-high pair of Gianvito Rossi’s Portofino 105 velvet sandals and Louis Vuitton’s monogram Empreinte bumbag ($1,990). 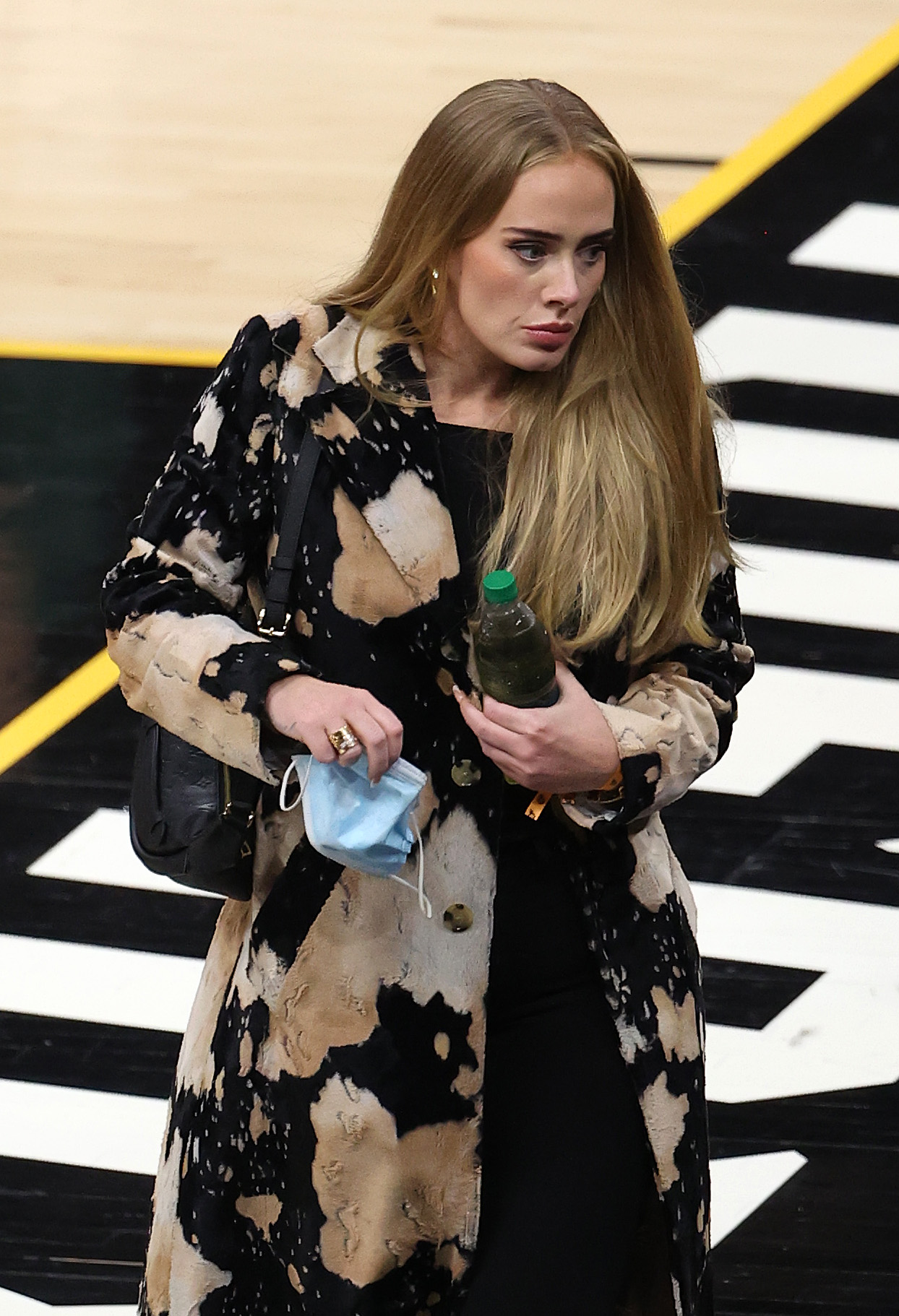 Adele, 33, gave a glimpse of her svelte shape during the rare public sighting after reportedly losing more than 100 pounds in recent years by following the sirtfood diet.

Dating rumors started flying when Adele and Paul sat together at the game, where they were pictured, laughing, chatting and watching the Milwaukee Bucks beat the Phoenix Suns 123-119.

ESPN’s Brian Windhorst even referred to Adele as Paul’s “girlfriend” during his post-game podcast.

“Rich Paul, [LeBron James’] agent, brings his girlfriend to the game sitting next to LeBron. His girlfriend is Adele,” Windhorst said his “The Lowe Post” podcast. “Rich Paul is at the game with Adele.”

He added, “This is the first time they’ve come out in public together, so this will be all over the tabloids, especially in England tomorrow.” 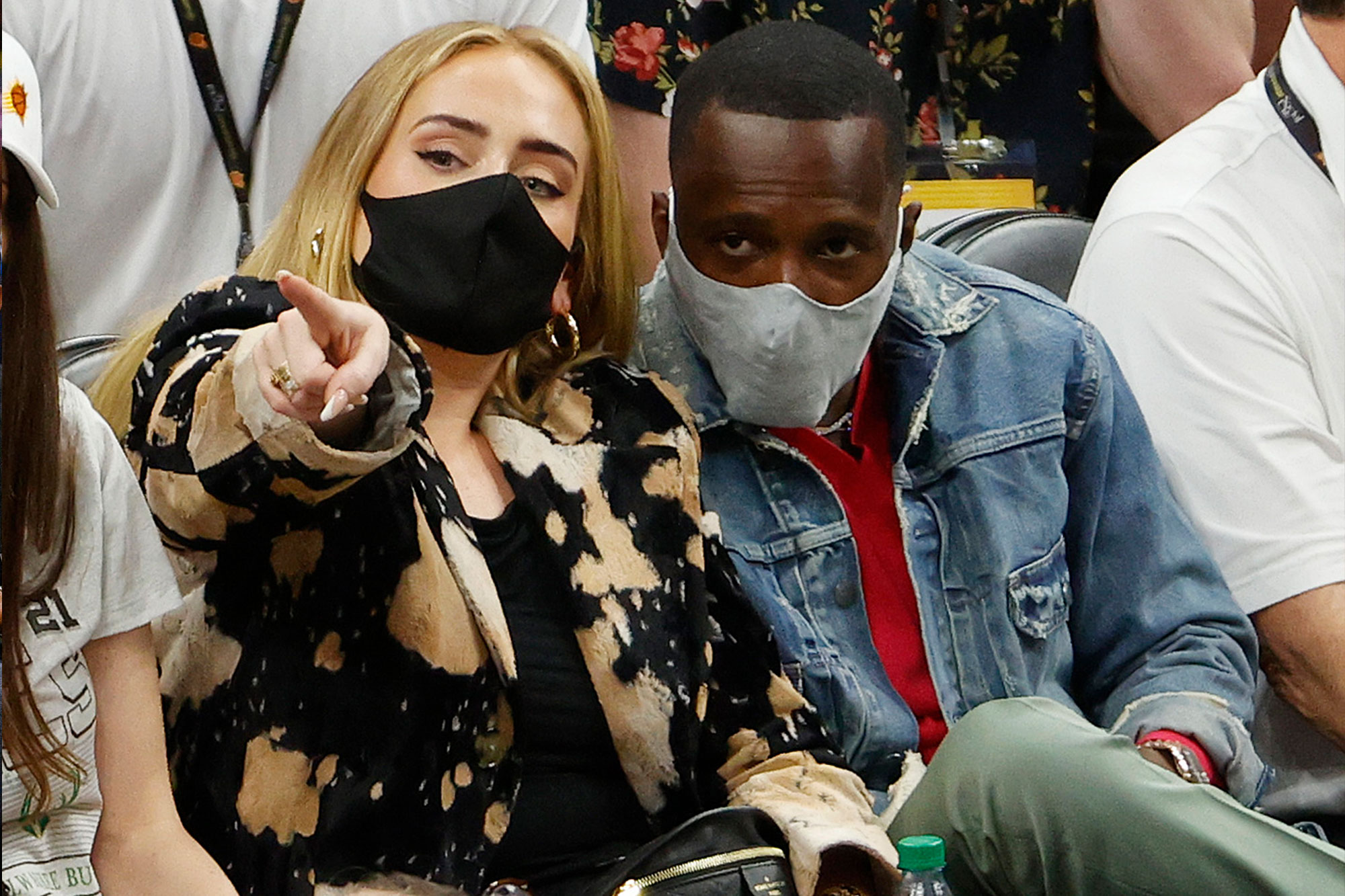 Page Six has reached out to a rep for Adele and to Paul’s assistant for comment.

But just last week, Page Six reported that Adele had been seen with another rumored beau: British rapper Skepta.

Adele and Skepta were spotted spotted shopping at the Cabazon Outlets discount mall in San Bernardino, Calif. — where we’re guessing Adele did not buy her Vivienne Westwood coat.