Airbnb announced Wednesday that it will cancel reservations in the Washington, D.C., metro area during the week of President-elect Joe Biden’s inauguration after the insurrection at the U.S. Capitol last week raised widespread safety concerns.

The San Francisco-based home-sharing company will also prevent any new reservations from being booked during that time. Likewise, the Airbnb-owned travel agency, HotelTonight, will also cancel reservations.

Customers will be refunded in full, Airbnb said. The company will also reimburse hosts with the money that they would have earned from the now-canceled reservations.

The company's decision came after various local, state and federal officials began asking people not to travel to the area and even called on companies like Airbnb to take down their listings until after the Jan. 20 inauguration ceremony. 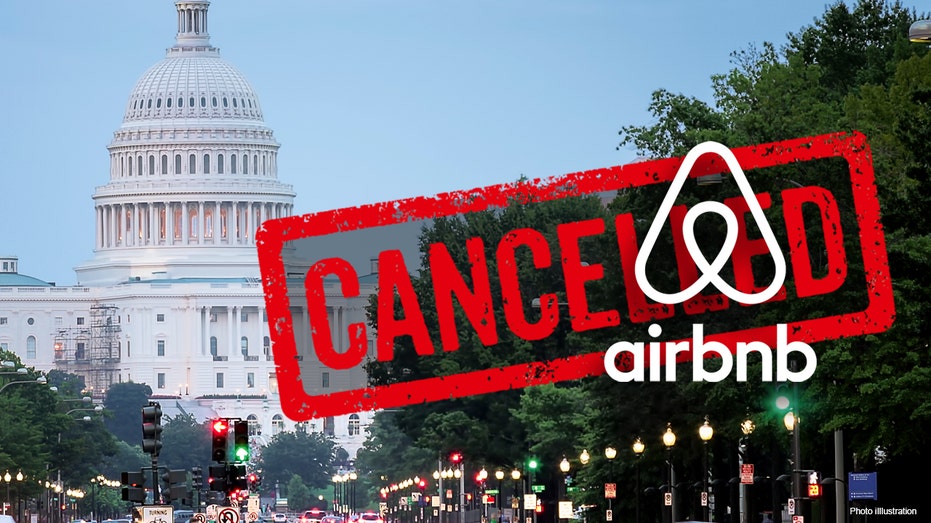 “There’s no way to guarantee that your guests are not coming to incite violence,” Janeese Lewis George, a Washington city council member, said in a post on Twitter. “Please protect your neighbors and the District from more attacks.”

AIRBNB REVIEWING RESERVATIONS PRIOR TO INAUGURATION

Airbnb's final decision came just two days after it announced it was reviewing reservations in the area ahead of the presidential inauguration and will bar any guests associated with hate groups or violent activity.

Airbnb also said it’s banning anyone from its platform who engaged in criminal activity during the riot. The company said it is cross-referencing arrest records to determine who should be removed.

Concerns for next week's inauguration started to grow after a mob stormed the Capitol last Wednesday while Congress counted electoral votes to confirm Biden’s win.

Biden and Vice President-elect Kamala Harris will take the oath of office from the Capitol's West Front, one of the locations where a mob overpowered police and stormed the building. They also scaled and occupied the scaffolding and bleachers in place for the ceremonies.

Related posts:
TV and Movies
Denise van Outen pulls out of Dancing on Ice after suffering agonising injury
Harvey Price kicked a table in the air at Loose Women ‘because he wanted a cake’ says Linda Robson
Jane Fonda to Receive Cecil B DeMille Award at the 2021 Golden Globes
Holby City spoilers: Jac Naylor killed in hostage horror as Rosie Marcel confirms exit?
Recent Posts
This website uses cookies to improve your user experience and to provide you with advertisements that are relevant to your interests. By continuing to browse the site you are agreeing to our use of cookies.Ok