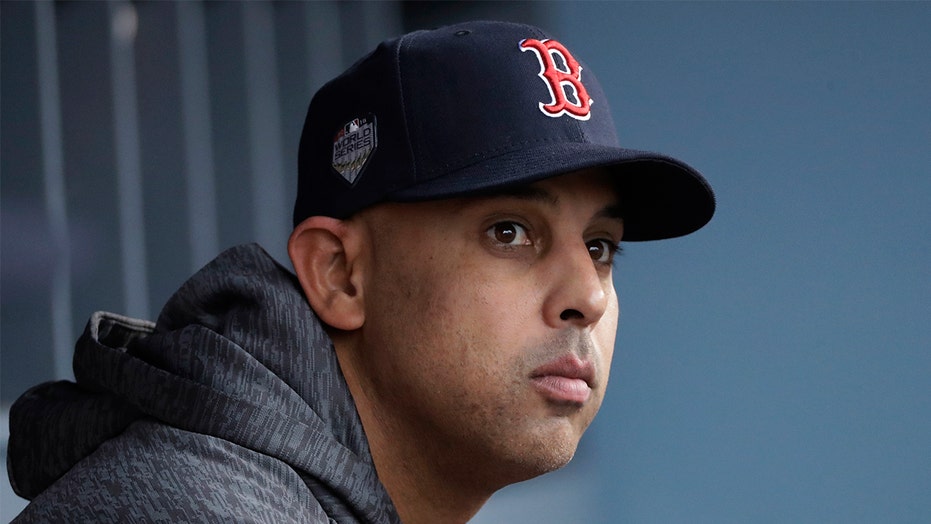 Alex Cora is back as Boston Red Sox manager.

Cora has won the job back after it appeared to be a two-man race between him and Sam Fuld, the MLB Network reported Friday. Cora, who led the Red Sox to a World Series in 2018, is back in the saddle after a year away from the club following punishment for his role in two cheating scandals.

Cora was suspended for his role in the Red Sox and Houston Astros cheating scandals, though the brunt of the punishment came for what he did in Houston. The Astros were said to have concocted a scheme in which they would relay off-speed pitches to batters by using a trash can.

Cora and Carlos Beltran were the only two people named in Commissioner Rob Manfred’s report on the investigation over the 2017 Astros. Cora was the team’s bench coach and Beltran was a designated hitter. Cora stepped down from his job with the Red Sox and received punishment for a separate scandal in Boston. Beltran left his brief managerial role with the New York Mets.

Cora told ESPN in the summer that he thought he was unfairly singled out.

“There has been a narrative out there of what happened. Ever since mid-November until the commissioner announced the results of the Red Sox investigation, I have read many things that are true and many others that are not,” the 44-year-old said.

“Out of this whole process, if there is one thing that I completely reject and disagree with is people within the Astros' organization singling me out, particularly [former general manager] Jeff Luhnow, as if I were the sole mastermind. The commissioner's report sort of explained, in its own way, what happened. But the [Astros players] have spoken up and refuted any allegations that I was solely responsible.”

The Red Sox replaced Cora with Ron Roenicke but there was a feeling that Cora was going to be back.

Red Sox CEO Sam Kennedy said during a conference call in April that believed Cora deserved another shot to be a manager.

“I do,” Kennedy said, according to NESN. “That’s my personal feeling. He does need to go through a rehab process. What he did was wrong. He acknowledged that to us and apologized to us. I’m a big believer in second chances, so we all wish him well.”

Cora apologized for his role in the Astros and Red Sox scandals. In Boston, a video operator was suspended for using electronic equipment to steal signs in 2018.