The chilling archaeological discovery unearthed the skeletal remains of children, some who were buried in pairs and with coins in their mouths. The skeletons were uncovered in the Podgórze district of Kraków, Poland, where the two-lane S19 motorway is being constructed. Archaeologists have dated the discovery to the 16th century.

According to the General Director for National Roads and Motorways (GDDKIA), the skeletons were unearthed near the village of Jeżowe in the Góry Kościelne or Church Mountain range.

The experts have since confirmed up to 80 percent of the bones belong to children.

The GDDKIA said: “115 skeletal graves were discovered during archaeological works on the construction of the S19 Podgórze-Kamień section. 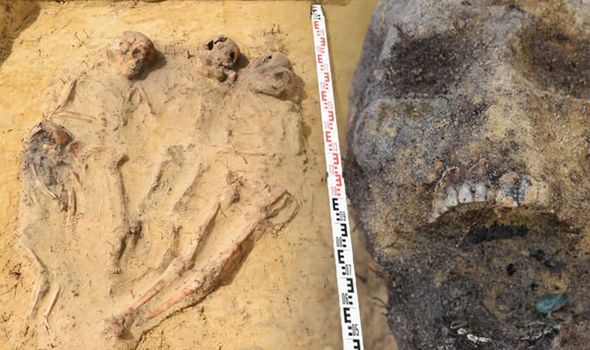 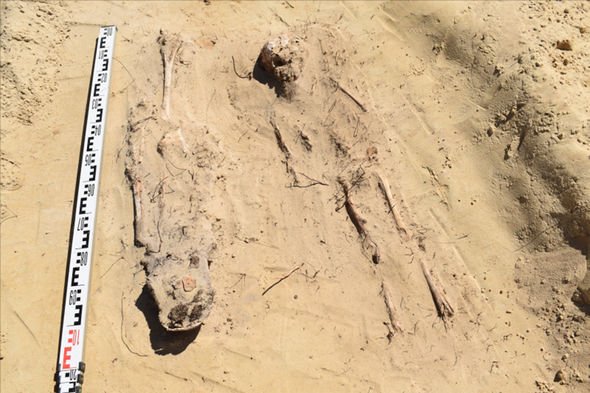 “While carrying out archaeological surveillance work as part of the S19 motorway, graves with human remains were discovered.

“The burial pits were located in the Kościelne Mountains, a range of hills in Jeżów, where in 1604 the first parish was erected.

The grave pits were all oriented along the east to west axis, with heads pointing towards the west.

The GDDKIA said: “Based on archaeological observations to date, we can conclude that about 70 to 80 percent of all burials are children.

“This is probably tied to the fact that in this place a part of the cemetery was separated, where the youngest residents of Jeżów were buried.”

The burial pits were poorly equipped by the archaeologists were surprised to find coins in the mouths of the remains.

The coins are most likely a link to old Polish folklore and beliefs about the afterlife.

These coins are known as an obol of the dead or Charon’s obol – a form of payment used by the soul in the afterlife. 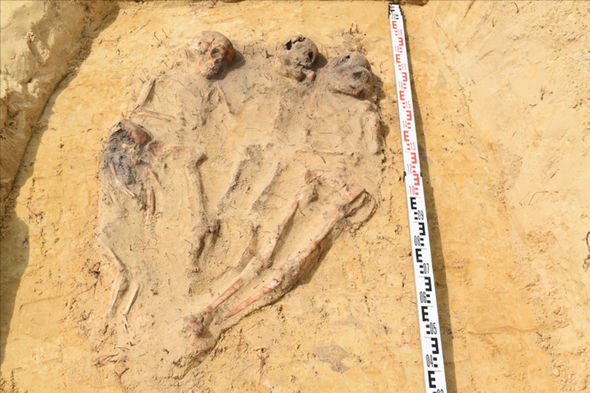 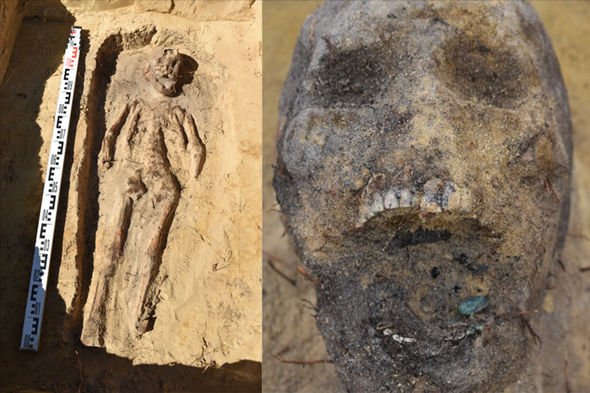 In ancient Greek mythology, the souls of the dead would hand over the coin to Charon, the ferryman of Hades.

The ferryman would then carry the deceased across the rivers Styx and Acheron into the world of the dead.

The coins were minted at the start of the 17th century during the reign of King Sigismund III Vasa.

According to Eric J. Gilchrest”s book Revelation 21-22 in Light of Jewish and Greco-Roman Utopianism, the practice of burying people with obols in the fifth century BCE.

He wrote: “As early as the sixth and into the fifth centuries BCE, the landscape of the afterlife began to change dramatically.

“Archaeological evidence shows that it is during the fifth century that the dead begin to be buried with an obol meant for Charon, the ferryman at the river Styx.”

Many more incredible archaeological discoveries have been made in Poland.

In 2019, for instance, researchers found evidence of two 7,000-year-old structures.