The Roman structure, or rather what’s left of it, has been dated to about 2,000 years ago – possibly the same time Jesus walked the Earth. The discovery was made in the Tel Ashkelon National Park, a site renowned for its scenic views and ancient ruins. According to the Israel Antiquities Authority (IAA), the park has recently undergone extensive renovation work, revealing a number of previously hidden wonder.

The IAA said in a Facebook post: “The exciting finds, which also include an ancient odeon (theatre), are now being revealed for the first time and will soon be open to visitors to Tel Ashkelon National Park, enhancing the visitor experience at the site.

“The site will be opened on completion of the development, conservation, and restoration work, which includes erecting sculptures and marble columns found in excavations at the site.”

Although a basilica today is primarily thought of as a large Christian church, these public buildings hosted festivals, businesses and social gatherings. 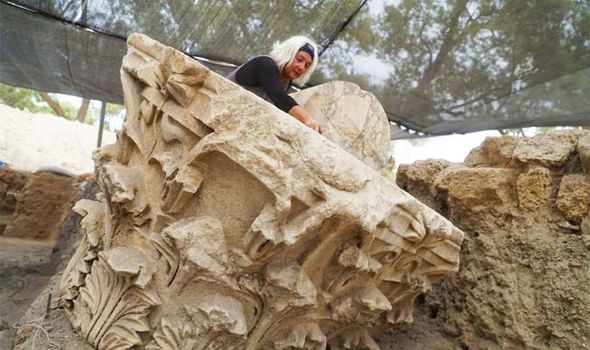 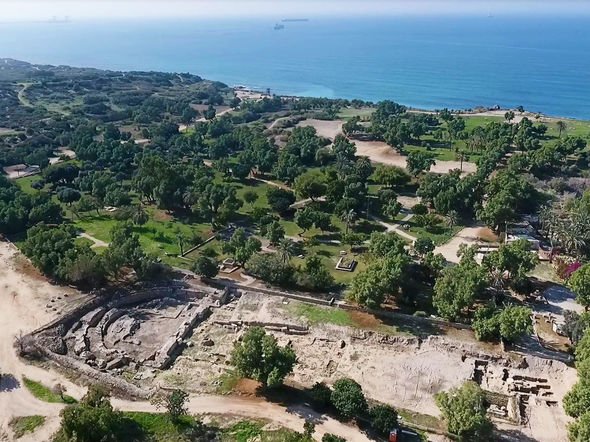 And the one recently unearthed in Israel is massive – “the largest of its kind in Israel”, according to the IAA.

Dr Rachel Bar-Natan, Saar Ganor and Federico Kobrin, excavation directors on behalf of the IAA, said: “The huge building, that is 115 by 34 metres, was established in the centre of Ashkelon.

“During the Roman Severan Dynasty, in the second and third centuries CE, the building was renovated, marble architectural features were brought to the site and a small theatre was added.

“Herodian coins discovered in the bedding of the structure’s ancient floors show that it was built at the time of one of the greatest builders ever to have lived in the country.”

Israel: Archaeologists 'dig up the Bible' in city of Shiloh

King Herod is widely regarded as one of ancient Judea’s greatest builders, having refurbished and expanded Jerusalem’s Second Temple and built the fortress of Masada in the Judean Desert.

The archaeologists continued: “The writings of the historian Josephus mention Herod’s construction in the city of Ashkelon and list fountains, a bathhouse and collonaded halls.

“Today, based on the new archaeological evidence, we can understand the origins of the historical record.”

The basilica’s roof was divided into three parts, with a central hall flanked by two side halls.

Marble columns lined the hall, up to 13m in height, giving the roof support. 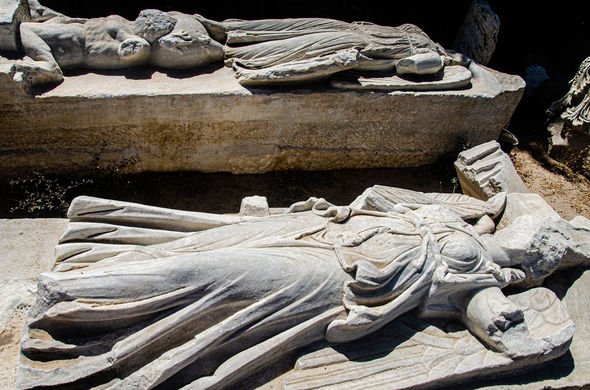 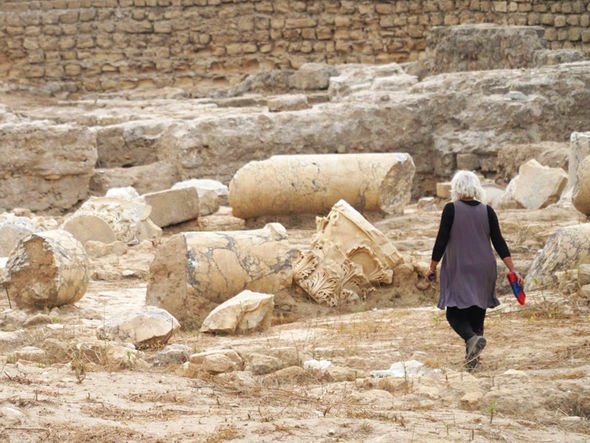 Both the floors and walls are built out of marble, which was imported from Asia Minor.

The material was brought in on merchant ships that docked in the ancient city, known for its bustling trade.

About 200 marble items have been recovered so far, weighing in at several hundreds of tons.

According to the IAA, the discoveries testify to the basilica’s “great splendour”.

The IAA said: “Among the items, dozens of column capitals with plant motifs were discovered, some bearing an eagle – the symbol of the Roman Empire.

“Pillars and heart-shaped capitals stood in the corners of the building.

“Excavations by the British in the 1920s unearthed huge statues, including a statue of Nike, the goddess of victory, supported by the god Atlas holding a sphere, and a statue of Isis – an Egyptian deity depicted as Tyche, the city’s goddess of fortune.”

The excavated floor will be filled in and additional columns will be placed around the site’s perimeter to restore some of its former glory.

Once the work is completed, the IAA said the public will be able to access the site to marvel at its ancient history.