MIKEL ARTETA has well and truly got his feet under the table at Arsenal – but still suffers from a worse record than Unai Emery.

While Gooners appear to be largely happy to sit back and give their former midfielder time, the signs of improvement are not exactly plentiful. 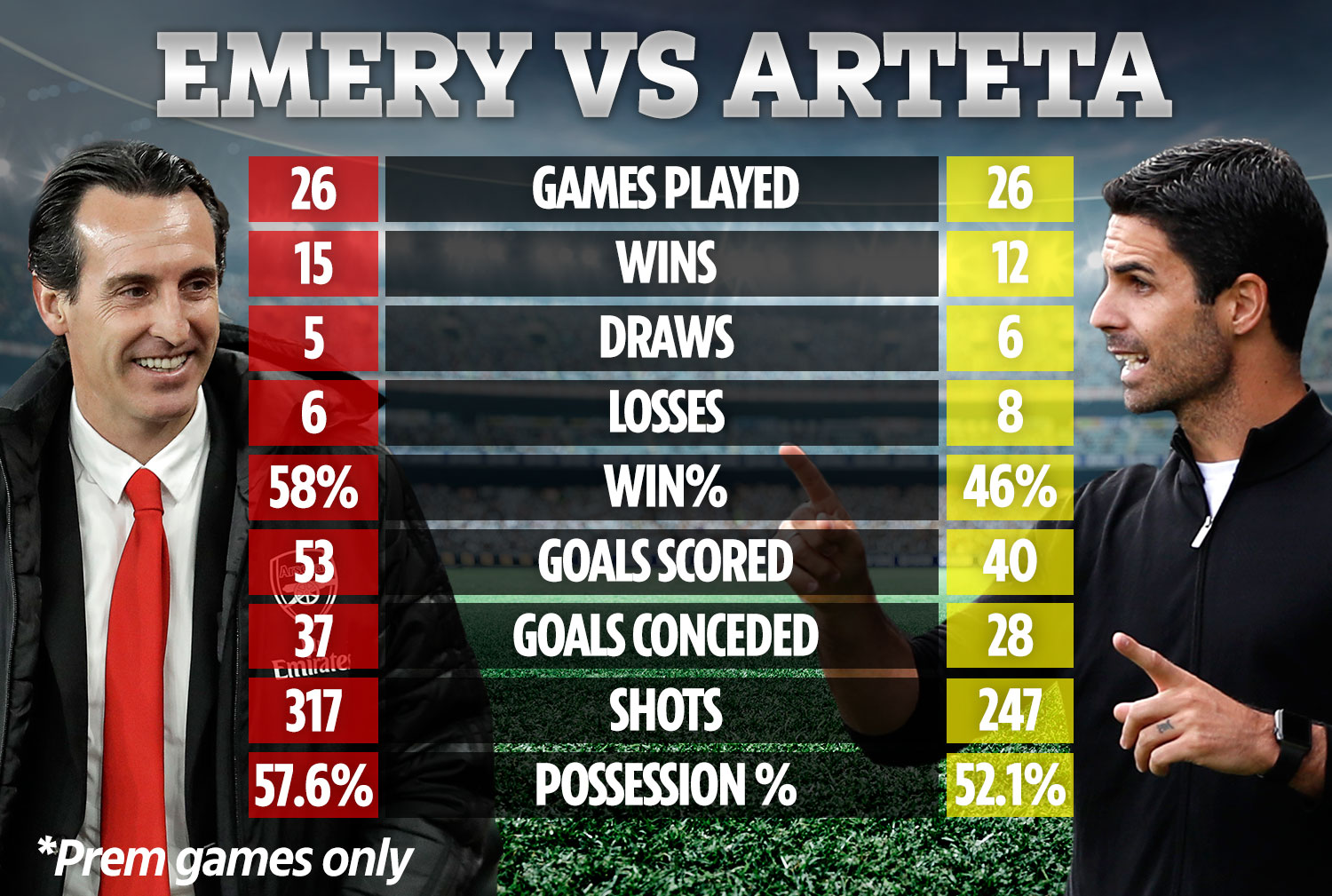 When comparing the stats of Arteta and Emery after their first 38 games, it is the latter who comes out on top.

And sifting through to just the first 26 Premier League matches each man took charge of at Emirates Stadium, Arteta's case worsens further.

Furthermore, Arsenal are keeping less of the ball and firing off fewer shots – with a worse shot conversion rate – under Arteta at this stage.

Sunday's defeat to Leicester came as the club's second 1-0 defeat in a row with the attack a huge issue for the Spaniard.

They have won by more than one goal only once all season despite adding Willian to a frontline containing Alexandre Lacazette, Nicolas Pepe, Eddie Nketiah and Pierre-Emerick Aubameyang.

The 38-year-old has managed to cure Arsenal's defence and has conceded 12 fewer goals than Emery had after this many games in all competitions. 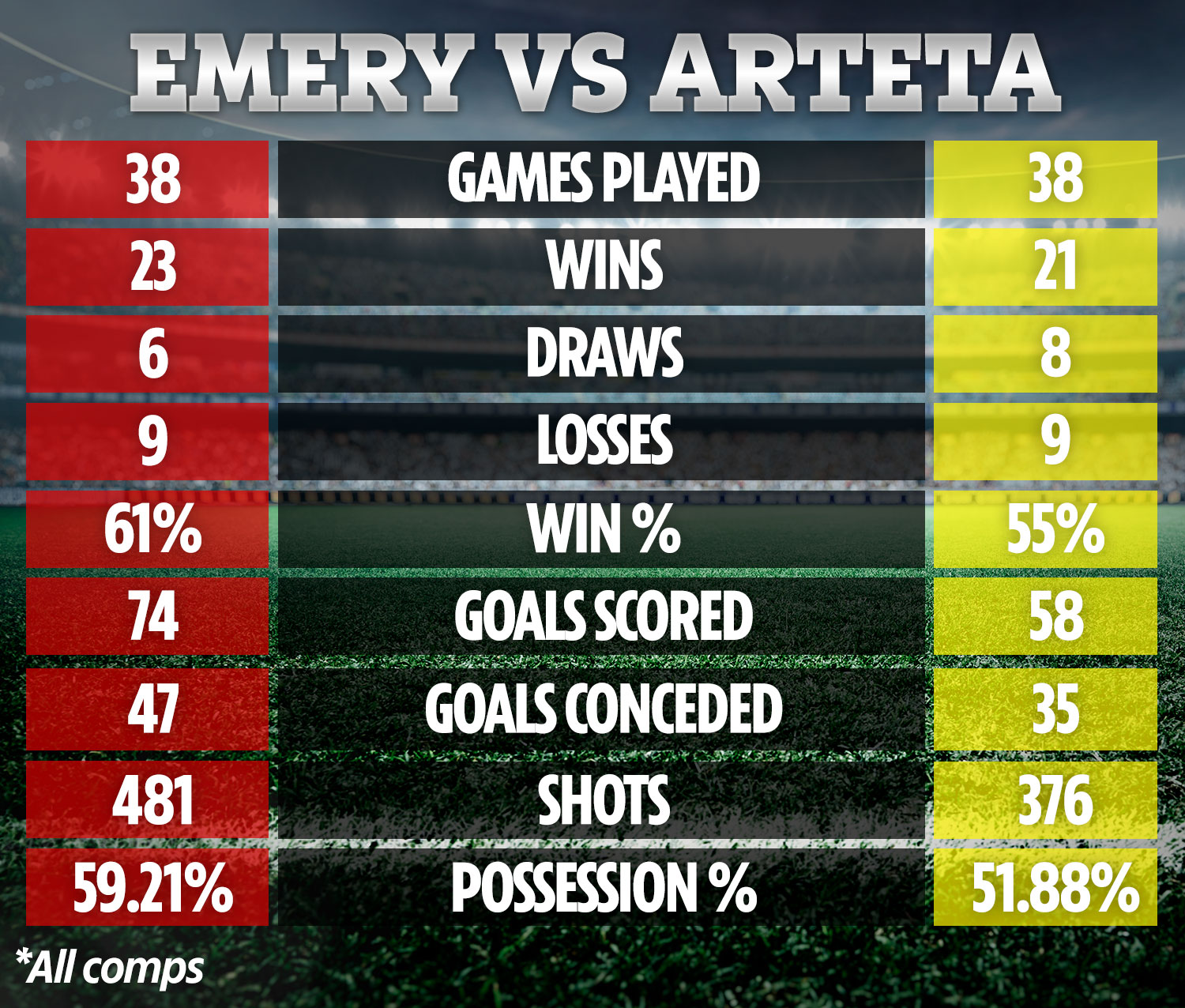 Football without fans – as it has been for most of Arteta's tenure – is a different beast but this has typically resulted in MORE goals being scored in the Premier League.

Nevertheless Emery was sacked last November with a win rate of 55.1 per cent, having failed to maintain a strong early start.

Arteta's win rate stands at 55.2 per cent in all competitions, dropping to a mere 46 per cent in the league.

The Gunners boss has already been warned against making the same mistakes as Emery.

Arsenal legend Martin Keown told Stadium Astro after the Leicester defeat: "They keep changing from one system to another and they did this with Emery.

"If you keep changing it, you don’t find a rhythm, and that’s something that I found in a very successful team."

With an expensive transfer window in the books and this side firmly of Arteta's making, the patience reserves in North London may start to run dry if results don't improve in the coming months.