It’s the vaginacam! Photographer who takes pictures by inserting pinhole cameras into her private parts and getting friends to pose naked reveals how she stays completely still while holding her legs apart for each 90-second shot

An artist who uses her vagina as a camera shutter to take photographs of male subjects is among the creatives whose work features in a book providing an ‘unapologetic look’ at women’s sexuality.

The book was compiled as an ‘act of resistance’ to generate dialogue about women’s sexual gratification, Weiss told The Guardian, at a time when women’s reproductive rights were under threat from the Trump administration which had banned taxpayer-funded family planning clinics from referring patients for abortions.

One of its contributors is Brooklyn based artist Dani Lessnau, who captures some of the few portraits of male nudes in the book by using her vagina as a camera shutter. 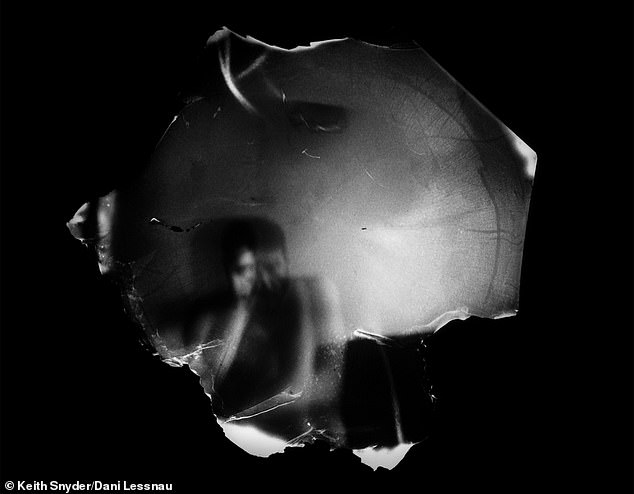 One of the contributors to A Woman’s Right To Pleasure is Brooklyn based artist Dani Lessnau, who captures some of the few portraits of male nudes in the book by using her vagina as a camera shutter (pictured)

After feeling her attempt to capture her subject in a ‘normal’ way generated a rather ‘flat’ image which didn’t reflect her perspective on their relationship, she came across the work of Ann Hamilton, who put pinhole cameras in her mouth.

Lessnau said it ‘hit her’ that if Hamilton could do that, what was stopping her putting a camera in another bodily orifice.

She transformed eight plastic film canisters into pinhole cameras and covered each one with a condom – telling the Guardian the process was, like sex, messy, with a single exposure taking up to a minute and a half and requiring her to remain still with her legs apart.

‘Sometimes the shoots were sexual and sometimes they weren’t,’ Lessnau told the publication, adding that she used friends and ex-lovers as her subjects who were initially uneasy about having to stare at her intimate region for prolonged periods of time.

‘But there was always a lot of desire. The men in the series all responded differently – some saw it as fun, freeing. There were always interesting conversations… by the eighth shot, people are disarmed.’ 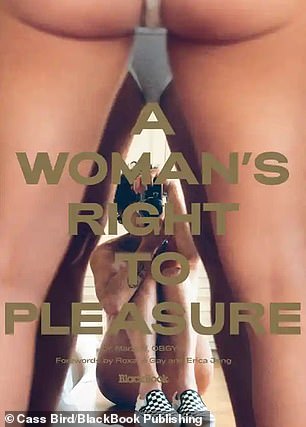 Another artist who features in the book is New York-based Marilyn Minter, who published a book packed with no-holds-barred images of exuberant female pubic hair, entitled Plush, in 2014.

She also created a series of large ‘bush’ paintings belonging to women of all colours and races.

‘I make them so beautiful that you can put them in your living room,’ she said, adding that she ‘doesn’t care’ that no one buys them because she knows how great they look.

A Woman’s Right To Pleasure also boasts the work of feminist artist Betty Tompkins, who was inspired to produce airbrush paintings of a penis using shades of green – after a New York gallery director claimed the hardest works to sell are ‘paintings of d***s and green paintings’.

Her provocative photographs and videos of nude and clothed bodies, including her own, is considered part of the feminist art movement in the US. It addresses racism and sexism in society and explores intersections of race and gender throughout history.

One of the most striking images is Fur, showing a naked black woman wearing a white fur thong.

She credits her body confidence to her French husband’s family, who were naturists, with whom she spent six months at a nudist camp in Corsica when they first got together.

For much of history, the female experience has been presented by and explored through the voices, views and laws of men – whether it was John Cleland or Alfred Kinsey writing about it, Gustave Courbet painting it or politicians passing legislation about it.

A Woman’s Right To Pleasure, which sold out in weeks on its release last year and now has an accompanying podcast, certainly does its bit to change that narrative.

Pussy Riot activist Nadya Tolokonnikova, a guest on the podcast, said of the project: ‘This is our radical act of resistance against a history that has suppressed us for far too long. Now is our time to tell the world.’