One of the coronavirus’ most dangerous characteristics is that infected people commonly pass it to others before they know they’re sick — or without ever developing symptoms at all.

Scientists continue to try to track the rate of asymptomatic coronavirus cases hidden in the population. The Centers for Disease Control and Prevention estimates that around 40% of COVID-19 cases are asymptomatic, and a study last month found that about 50% of transmission comes from people without symptoms.

Now, a new study suggests asymptomatic cases might represent a large majority of infections. Researchers at the University of Chicago created a model that incorporated antibody tests taken in New York City from March to April, the city’s recorded cases from March to June, and changes in New York’s testing capacity during that time.

The results suggested that just 13% to 18% of COVID-19 cases were symptomatic — between one in five and one in seven.

“There are a lot of asymptomatic people — much larger than many studies have assumed,” Rahul Subramanian, one of the study’s authors, told Insider.

Most people who get the coronavirus don’t develop symptoms

Asymptomatic infections are difficult to spot and quantify, since most people who feel fine aren’t inclined to see a doctor or get tested.

Subramanian’s model was able to distinguish between symptomatic cases that weren’t recorded due to a lack of testing and asymptomatic cases — people who never got sick or may not have known they were sick due to very mild symptoms.

The team’s resulting estimate may be higher than others because their model used a broader definition of asymptomatic cases — it included people whose symptoms were so mild that they never made contact with the healthcare system.

But other models may also underestimate the prevalence of asymptomatic infections by relying on data from the start of the pandemic, Subramanian said. For instance, early takeaways about the rate of asymptomatic cases on cruise ships or in nursing homes may no longer hold true for the general population.

At the very least, Subramanian said, his study indicates that most coronavirus cases don’t develop symptoms. 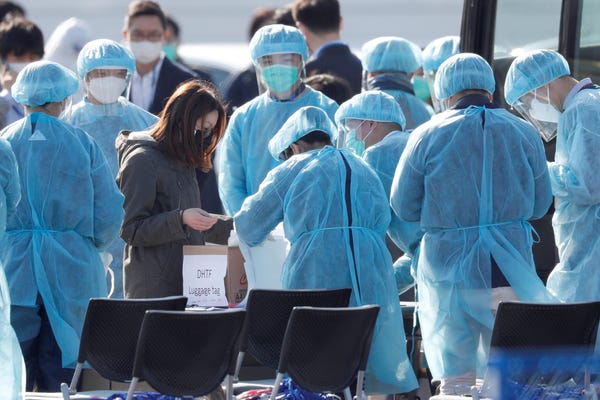 Asymptomatic cases could fuel at least 50% of transmission

Researchers now generally estimate the coronavirus’ reproductive value to be between 2 and 3, meaning one sick person infects two to three others, on average. But if Subramanian’s model is right, the coronavirus could spread more easily from person to person than scientists thought.

Subramanian said the two scenarios are “equally well supported” by his model. The model also found that asymptomatic infections are responsible for at least 50% of coronavirus transmission. 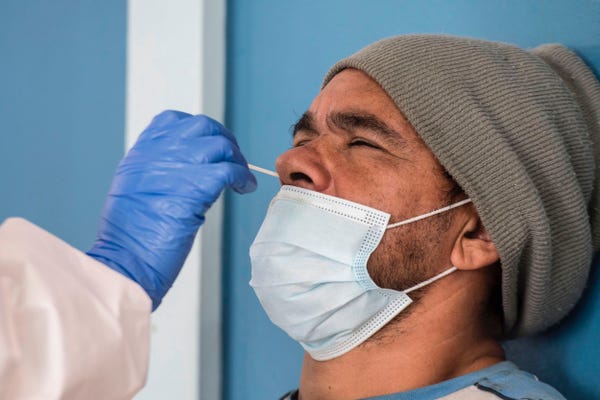 Subramanian said it’s important not to underestimate the threat of asymptomatic transmission, particularly as new, more contagious variants spread across the US.

Even New York City — where it’s 22% of the population had already been infected by April 2020 — probably still hasn’t reached herd immunity, he said.

That’s the threshold beyond which the virus can no longer spread easily from person to person, but what exactly that level is can be a moving target.

“When you have a new variant of COVID, if the reproductive number is higher, that means that the virus is going to be able to spread even if fewer people are susceptible,” Subramanian said.

Now more than ever, he added, it’s important to identify as many asymptomatic cases as possible to slow transmission.

“Whatever public health measures you want to do — mask wearing, social distancing, etc. — you want to make sure that you take into account people who don’t have symptoms,” he said. “You don’t want to just restrict it to the symptomatic people.”

Get the latest coronavirus business & economic impact analysis from Business Insider Intelligence on how COVID-19 is affecting industries.