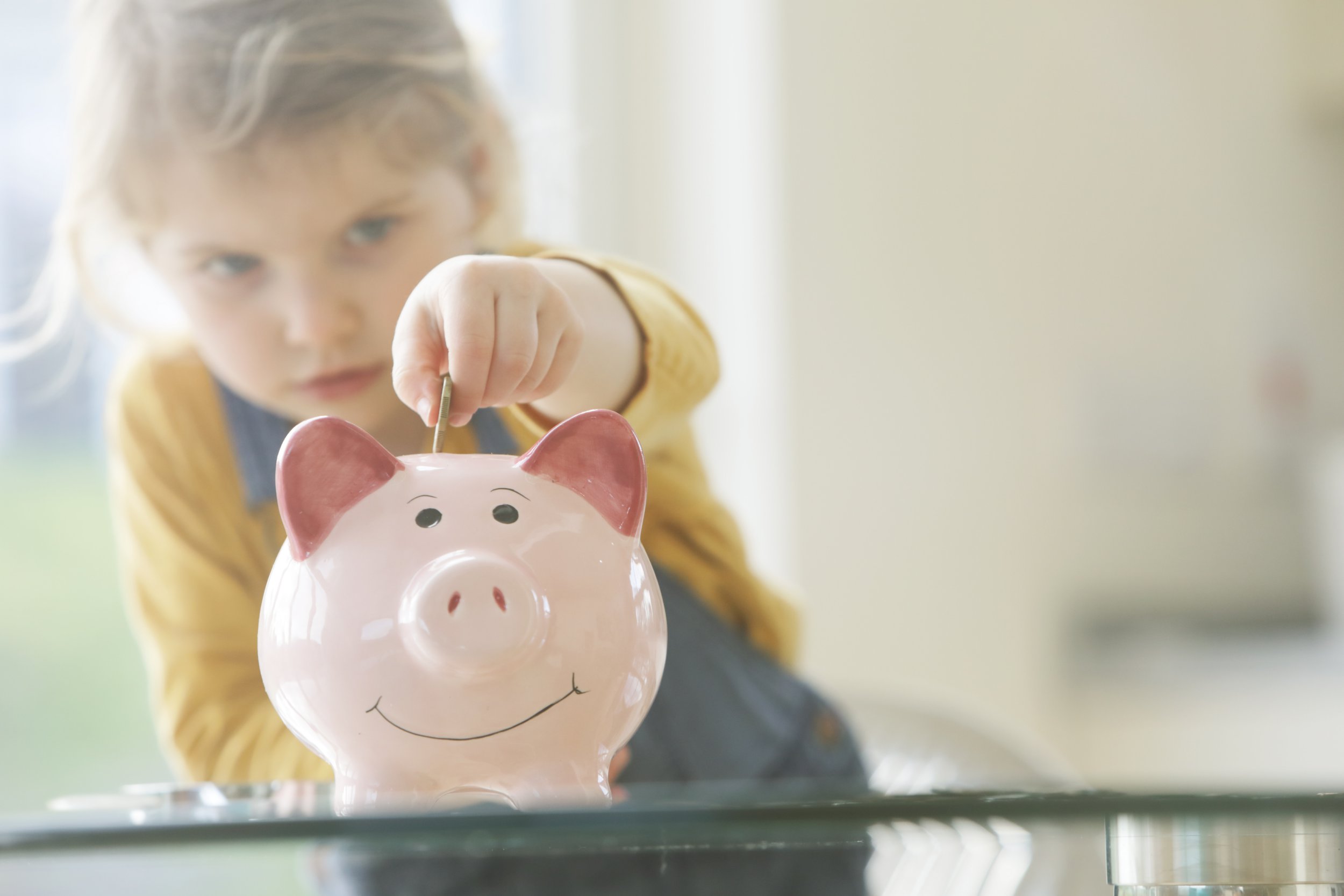 These days, the notion of putting cash into tiny pockets feels rather old-fashioned.

With nearly one in three parents now paying pocket money into their kids’ bank accounts, budgeting apps are seen by many as a better way of teaching children about money.

The number of banks and start-ups offering money management for kids is on the up, each with an eye on helping the next generation learn the value of money, with rewards for behaviour, birthdays and chores, of course. Could this idea of invisible money help children’s wealth management skills?

‘Pocket money is an essential tool to help my children understand the value of money and the basics of budgeting,’ says personal finance expert Lynn Beattie.

‘Teach them early: money mindsets are formed from such a young age, around seven.’

So who’s holding the purse strings?

Recently we’ve seen gamification, with Nestlums by Cauldron offering a virtual bank. Part game, part chore sheet, it can be used by parents to create tasks which, when completed, earn kids gems or coins to play in the game.

For younger children, there’s Pigby’s Fair, in which you play fairground games, earn points and unlock levels. Bankaroo and Gimi offer kids financial education as they save, learning about interest, earning and saving ratios. There’s also Pigzbe, an app with parental controls but a physical wallet that shows balance with a pocket device.

Before lockdown, according to RoosterMoney, kids were buying books, magazines and sweets. But since April spending habits have flipped to buying in-game on titles such as Roblox and Fortnite as children kept in touch with friends online.

‘In April/May sales of toys under £5 declined 38 per cent as kids were not going out, and it appears they came out of confinement with pockets full of money,’ says Frédérique Tutt of research group NPD.

According to research by Nimbl, pocket money has become a vital bargaining chip for parents as they attempt to maintain a work-life balance while stuck at home with kids to entertain. Children have cut back on spending, choosing instead to bank their increased pocket money.

‘It would seem that children have earned their keep during lockdown,’ says Mark Brant, CEO of Nimbl. ‘Though we do need to take care, as parents, to ensure that the brilliant lessons children have clearly learned over the past few months don’t disappear as shops reopen.’

Box Clever: Where to stash your physical cash

This mini banking machine takes coins and notes and keeps a tally of your totals. It even comes with a security access card.

Pop your money in and marvel as it takes the route of the barrels down angled shelves to your growing pot.

Ordinarily, you wouldn’t feed a dog coins but in this instance you can stick cash in its bowl and watch the eager beagle munch it up with gusto.

This article contains affiliate links. We may earn a small commission on purchases made through one of these links but this never influences our experts’ opinions. Products are tested and reviewed independently of commercial initiatives.

How to get your Metro newspaper fix

Metro newspaper is still available for you to pick up every weekday morning or you can download our app for all your favourite news, features, puzzles… and the exclusive evening edition!